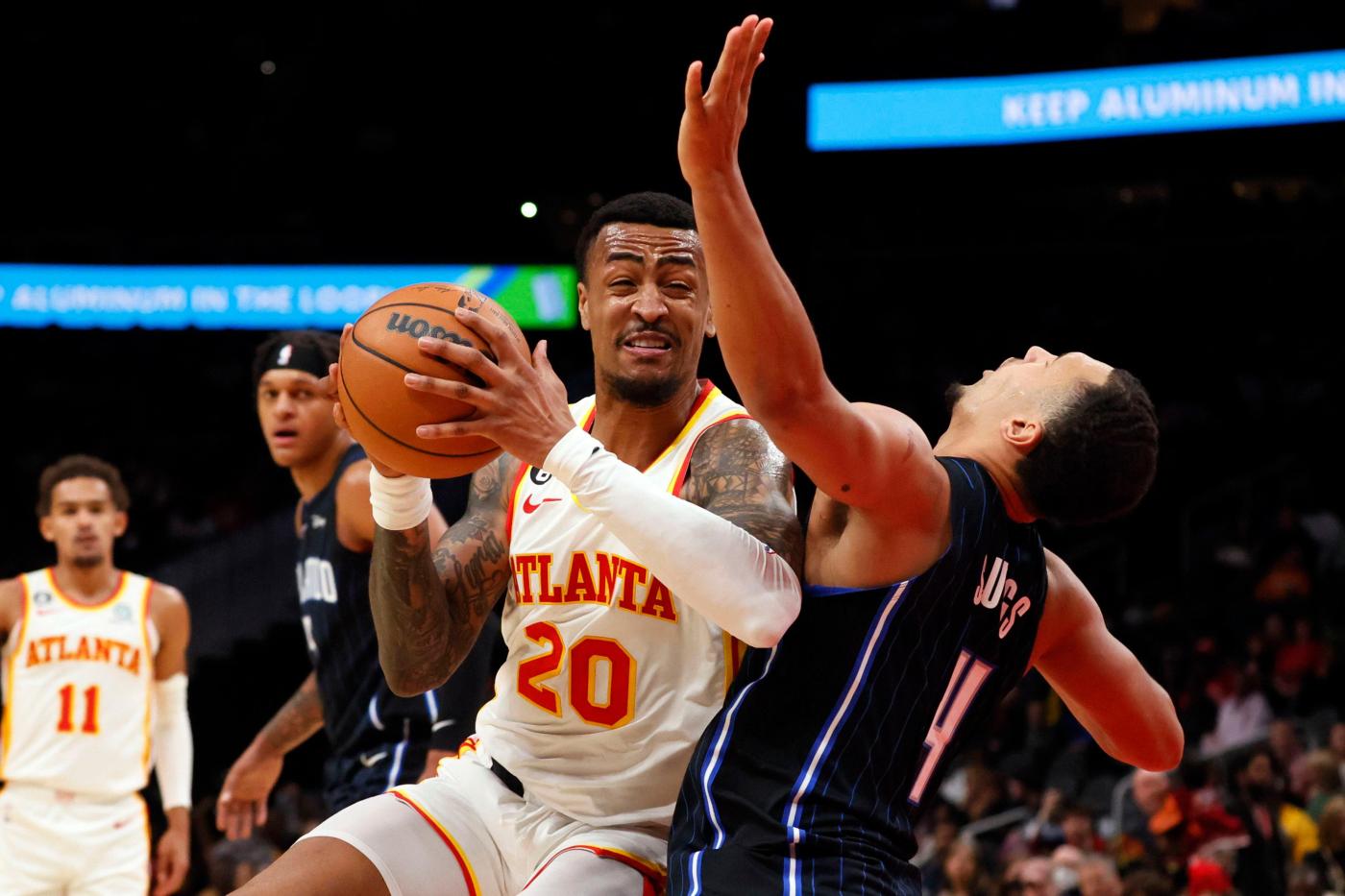 Orlando Magic second-year guard Jalen Suggs left Friday’s game against the Atlanta Hawks in the third quarter with an ankle injury and later was ruled out.

Suggs landed awkwardly on his foot after taking a foul on a drive in the third. He originally went right to the bench but hopped back to the locker room with team trainers.

The Magic ruled Suggs out in the fourth, saying Suggs sprained the ankle.