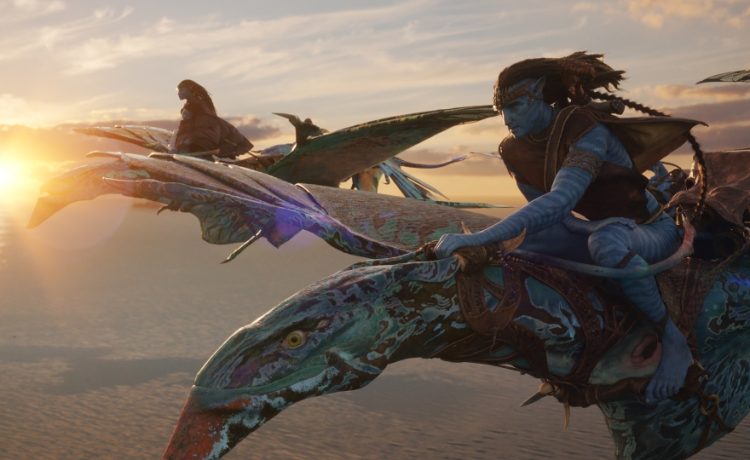 Like the original, one of the most expensive movies ever and still the global box-office champ (after a recent re-release in China), “Avatar 2” is many things – adventure movie, environmental parable, wacky family comedy/drama and a live-or-die sea battle that nods to the filmmaker’s landmark hit “Titanic.”

But last week in a virtual press conference from London the 68-year-old filmmaker stressed it was never certain he would do a sequel (even though he’s now doing four “Avatar” features with the next one out next year).

“It seems obvious to everyone, ‘Oh, you just made a bunch of money, do a sequel.’ Right? Well Steven Spielberg didn’t do a sequel to ‘E.T.,’ the highest-grossing film in its time, right? It’s not a no-brainer.

“Do you want to call down the lightning strike again in the same spot? It’s a lot to live up to.”

Cameron had no trouble recruiting his original cast, including Sigourney Weaver who had died in the original.  Weaver returns as the 14-year-old daughter of her original character.  Zoe Saldana’s Neytiri and Sam Worthington’s heroic Jake Sully are married with kids.  Evil personified, Stephen Lang’s Colonel Quaritch is even nastier. And nodding to perhaps his most iconic heroine, Kate Winslet, his “Titanic” star, is aboard.

“That was a big incentive for me, to come back and do this all again with this cast,” Cameron said. “More importantly, it’s important for a sequel to honor what the audience loved about the experience the first time. But, also, to get them off-balance and do things that they don’t expect.

“There are a lot of surprises in terms of where the story goes in this film,” he promised. “Events that we’re not putting into the trailers and the TV spots and all that. You have to experience it.

“But it also goes a lot deeper, in terms of the heart and the emotions. I mean it was much simpler stories and the characters were simpler the first time.”
Cameron was “inspired” by the fact that “both Zoe and Sam are parents. And I’m a parent of five. We wanted to get into the family dynamics, the responsibilities of having kids.

“And also what that’s all like from the kids’ perspective.”

Added Worthington, “Jim realized [the first] story was about them being warriors. But he wanted to explore this family dynamic, the natural extension of this love story, and a good jumping off point to fill in that missing gap.”

“Avatar: The Way of Water” opens in theaters Dec. 16