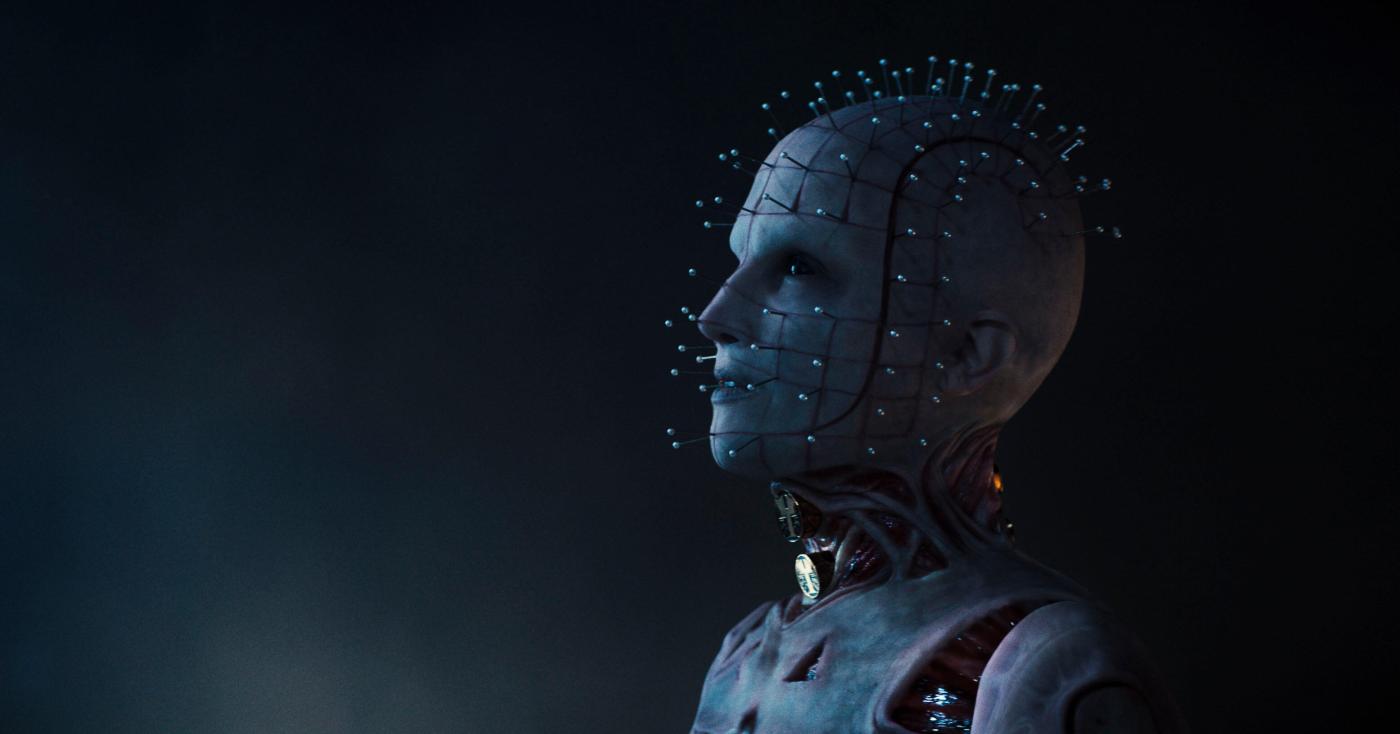 The “Hellraiser” that streams this Wednesday on Hulu is notably a new, gender-switched version of Clive Barker’s iconic horror hit.

Jamie Clayton is now The Priest/Pinhead, one of Barker’s most beloved and best known frighteners, a role that in 10 previous incarnations — the four film versions that began with the Barker-directed 1987 adaptation and six straight-to-video movies — has always been a male.

“Hellraiser” originated in Barker’s 1986 novella “The Hellbound Heart” and focuses on the Cenobites, former humans turned monsters, particularly Pinhead. Cenobites are summoned when an ancient puzzle box is opened. Only then can they seize human souls, the better able to torture them in sadistic experiments.

This franchise reboot is due to the success of the current “Halloween” franchise.

“This new Hellraiser story is not a remake of the original films, necessarily,” director David Bruckner said, “although it does harken back to them quite a bit. But it is the tale of Riley, played by Odessa A’zion, who discovers the puzzle box, opens it — and all hell breaks loose.”

Clayton is a trans actress whose credits include “Trans8” for the Wachowskis and “The L Word: Generation Q.”  “I feel like everyone knows who Pinhead is. Like, ‘Oh yeah, the one with the pins.’

“I watched it the night before I auditioned, just to get a feeling, and I was, ‘Why haven’t I seen this sooner?’ This is so beyond a horror film. There are so many layers and nuances to the story. So much is implied. And there’s a lot of glamour.”

What makes Barker’s horror different, she was asked.

“But they’re there and that’s what makes Clive’s ideas really special and really unique. There’s a sexiness to what he writes and to ‘Hellraiser.’ That doesn’t exist in other horror franchises.”