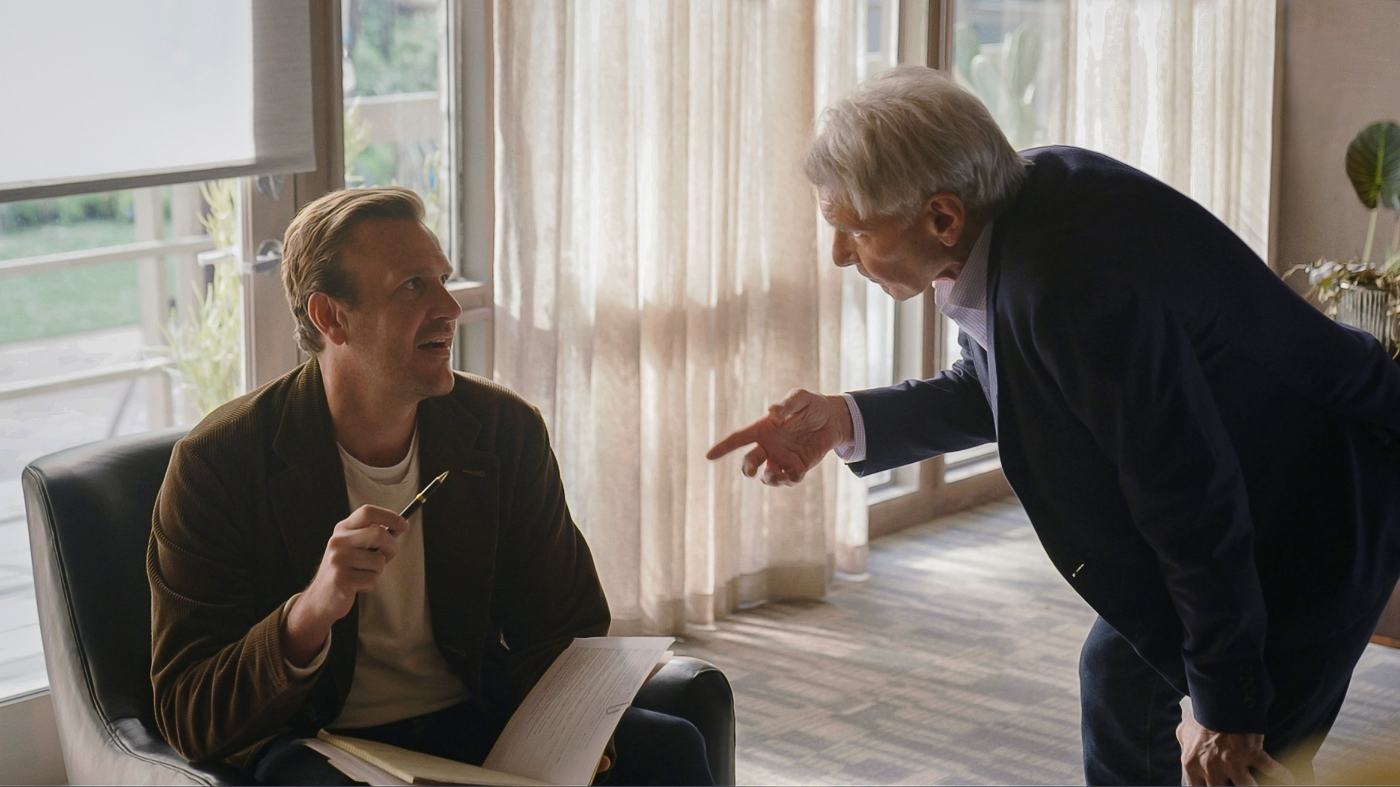 What happens when the therapist decides to really say what they think to the patient?

Segel credits Bret Goldstein, who shares creator and writer credits with him, with “An idea for a show about a therapist continuing to practice therapy while going through a nervous breakdown. That’s where it started.

“Where it evolved” Segel, 43, continued in a Zoom interview, “were these discussions about how over the past few years, we all have a sense of grief and loss. Whether we literally lost somebody or just the loss of normalcy that we all went through having our lives pulled away from us for so long, there’s a lot we haven’t processed.

“So watching somebody at rock bottom, trying to find their way out with the help of their friends and maybe by helping others, we might be able to help ourselves, this seemed like a really beautiful concept.”

He thought, “If I have a superpower, I can make scrambling desperation funny because the best comedy is where you take it.

“Judd Apatow,” he said of the veteran producer and director, “taught me this when I was young, when I was writing ‘Forgetting Sarah Marshall.’ I asked for advice and his advice was, ‘Write a drama. It is going to be funny by nature the way your brain works. That’s not going to be the hard part. And if it’s not funny enough, we can layer jokes on top of it. But the thing that will keep people invested is that you write a drama.’

“And that’s been true. Everything I’ve tried to do is first, I try to find the truth and the drama in it, and then I try to make it funny.

“Sometimes,” he’s discovered, “you don’t even have to try that hard because life is so weird and funny.”

Neither funny nor weird but still amazing is Harrison Ford as a colleague. How did that happen?

“Honest to God dumb luck. I don’t really know how to explain it. We offered this to Harrison Ford, assuming he would say no. And then he said yes. And the next thing you know, you’re scrambling to figure out what to do when Harrison Ford arrives. And what you do is write the funniest part possible.

“He has a mentality which is, ‘I’m here to work.’ He said to me at one point, ‘My goal at the end of every job is that the people who hired me are happy.’”

And are they ever!