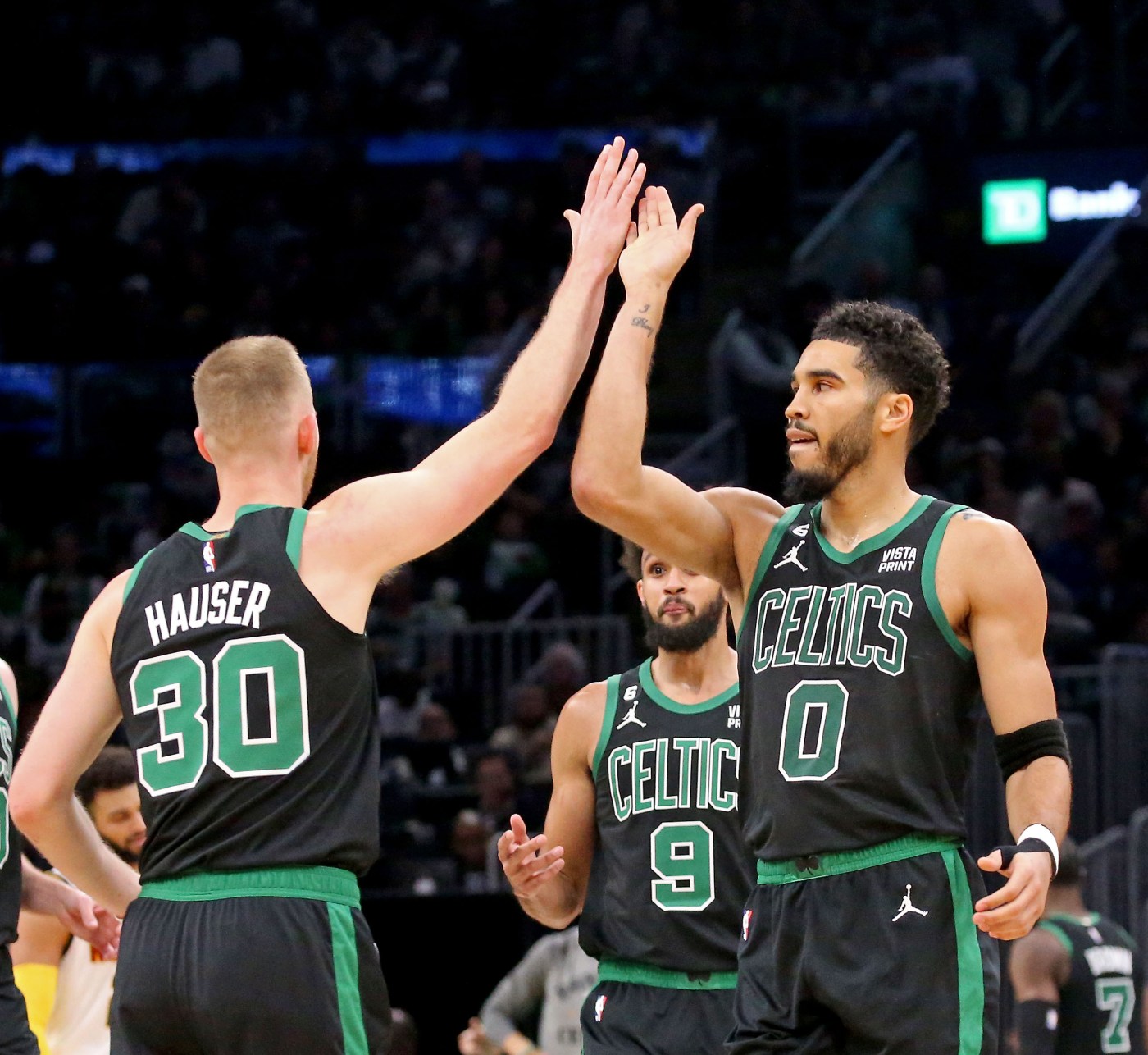 Two wins short of a championship last season, the Celtics reloaded with the same roster and improved depth, hungry to get over the hump. And in spite of a sudden coaching change on the eve of a new season, they emphasized throughout training camp that they were picking up where they left off from last season’s run.

But what they’ve shown over the first month of the season has been much better than expected.

The Celtics’ defense certainly needs some work, but the return of Rob Williams soon should help fix that. Otherwise, the C’s have yet to miss a beat, exemplified by their 131-112 victory over the title-contending Nuggets on Friday night TD Garden.

The bench withstood the absence of Malcolm Brogdon, the new and improved offense designed by interim coach Joe Mazzulla continued to run at a league-best pace and with a big lead tested in the second half, they used that new offense to pull away for their fifth consecutive victory.

“I think we’re just really building off last season,” Jayson Tatum said. “It’s night and day the way we are playing at the start of this season, compared to the start of last season. Whenever we made that change, I just feel like we haven’t looked back.

“And for the most part, we got the same group. One or two new guys, but they really know how to play the game. So, from the first day of training camp, just trusting each other, trusting that whenever you move the ball, it’s going to come back, and that’s how we just continue to play and knock down shots.”

Tatum scored 34 points as he outperformed fellow MVP candidate Nikola Jokic, who had 29 points, and Jaylen Brown had 25 points. But it was other contributions – Al Horford with six 3-pointers, even Payton Pritchard making the most out of an opportunity and making a series of hustle plays – that spurred this win.

This Celtics group’s growth showed itself in several ways Friday, but especially when things got tough in the second half. Boston built a lead as large as 18 late in the first half, only to nearly see it disappear in the third quarter. But they had a championship-level response.

The C’s looked like they got a break midway through the third. Jokic had just cut their lead to seven when he picked up his fourth foul, and it looked like Boston would weather the storm. But it went the other way. With Jokic on the bench, the Nuggets ultimately closed it to a one-point game.

Disaster was brewing, but it was ultimately the closest Denver got. Luke Kornet and Sam Hauser responded with a pair of buckets and after taking a six-point lead into the fourth, the starters took it home while playing strong defense down the stretch. Horford scored 12 of his 21 points in the fourth – including back-to-back 3s – and the C’s ultimately put the game with ease by holding Jokic and the Nuggets to just 21 points over the final period.

The Celtics blew big leads far too often last season but look like they’ve learned from their one-too-many mistakes of the past.

Other takeaways from the win:

– The Celtics’ offense is flying at obscene levels. They scored 131 points on 55.6 percent shooting, 30 assists and just seven turnovers in Friday’s win. Their offensive rating this season is now 119.4, by far the best in the NBA.

How is this happening?

“I believe that last year, that postseason run helped our group come together even more,” Horford said. “We have an understanding with one another and how we want to play and the things we want to do. I feel like it’s a carry over but we want to continue to improve. Game by game this year, I feel like coach has done a good job of really making it clear for us in the things he wants us to work on and guys are going out and we’re executing it. It’s a really good sign for us.”

– Pritchard has earned much playing time this season but with Brogdon out on Friday, he took full advantage of his opportunity. The highlight of the game came in the second quarter during a wild sequence in which he kept the possession alive with two offensive rebounds, capped by picking DeAndre Jordan’s pocket for a putback layup. TD Garden erupted and the Celtics benched loved it.

That play capped a 16-9 run by the Celtics bench, which was impressive even without their leader in Brogdon.

Pritchard has stayed ready for his opportunity and it came to fruition for him on Friday.