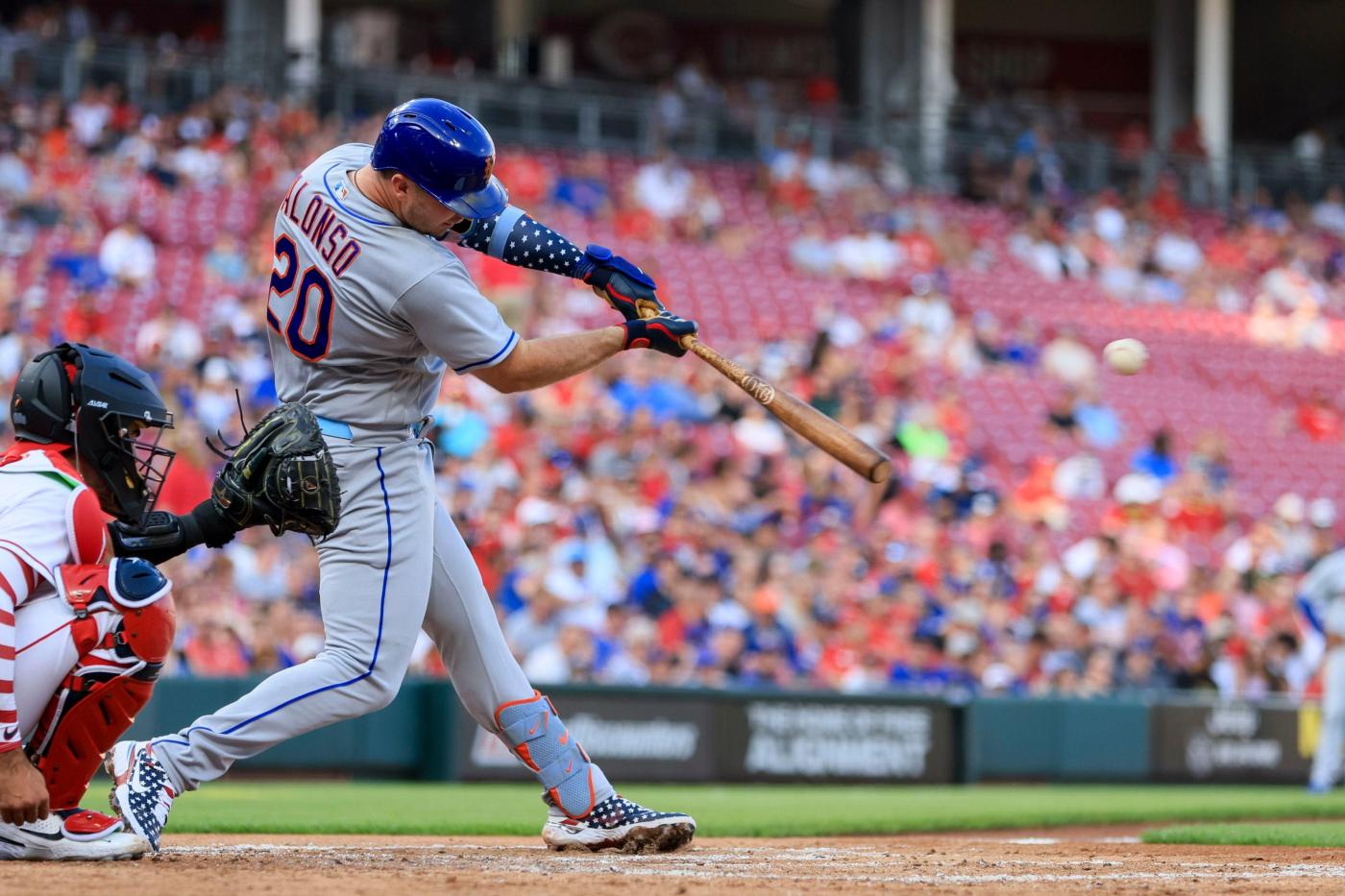 Four Mets were elected by player-voting into this year’s Major League Baseball All-Star Game. This will be the first time since 2016 that four players have represented the Amazin’s in the event.

Jeff McNeil, Pete Alonso, Starling Marte and Edwin Diaz were selected for the July 19 All-Star Game at Dodger Stadium. The announcement was made by ESPN on Sunday night, which took place a couple of days after MLB announced the fan-elected finalists.

These are second-career All-Star nods for all four Mets players. Both McNeil and Alonso were All-Stars in 2019, Diaz was an All-Star for the Mariners in 2018, and this is Marte’s first All-Game selection since 2016 with the Pirates.

“Means a lot,” McNeil said. “It’s my second one; pretty excited about that. Last year was a tough year for me. So just to be able to work hard in the offseason and kind of have a bounce-back season and to be recognized for that is pretty special for me.”

Mets manager Buck Showalter, who had been voicing his support for McNeil’s All-Star selection these past few weeks, was thrilled for his super-utility fielder. McNeil has an .819 OPS in 17 games this season. The Marlins’ Jazz Chisholm Jr. was fan-voted as the NL’s starting second baseman.

“He deserves it,” Showalter said of McNeil. “I think it means as much, if not more, that the players voted him in. I expect to get a call from [NL manager Brian] Snitker asking if he can play him in right if he needs to, or left if he needs to.”

McNeil, a Santa Barbara, Calif. native, grew up watching games at Dodger Stadium. But this All-Star selection will be extra special for the second baseman because he’s expecting his first-born child this week. McNeil will miss the Mets-Braves series, beginning Monday in Atlanta, and rejoin the club sometime during the team’s series against the Cubs, starting Thursday.

“The baby’s first game might be the All-Star Game,” McNeil said. “I think that’s pretty exciting. It’ll be a cool memory for me.”

Diaz has posted a 1.73 ERA across 36 relief appearances in his best season since being traded to the Mets. He’s struck out more than half the batters he’s faced through the first half of the season. It’s a far cry from the boos Diaz routinely received from the home crowd in 2019, when he turned in his worst career season following a controversial trade from the Mariners.

Showalter said Diaz was able to survive the muddy waters because he never wants to go back to that awful 2019 season.

“Means a lot because my Mets career didn’t start the way I wanted to,” Diaz said. “But being able to get back on track and this year make the All-Star team, I’m really happy. …  I proved to [fans] that that’s the guy the Mets traded for and this invite to the All-Star Game, I proved they traded for an All-Star.”

In addition to his appearance in the All-Star Game, Alonso is also expected to participate in the July 18 Home Run Derby, looking to secure his third consecutive title. Alonso has not yet officially said he will be participating. He will enter Monday with 23 home runs on the year, second-most behind Kyle Schwarber (28) in the NL.

Both McNeil and Diaz mentioned Alonso smashing baseballs as one of the things they are looking forward to in Los Angeles. McNeil was on the sidelines cheering for Alonso back in 2019, when the first baseman won his first Home Run Derby title in his rookie season.

“It means a lot,” Alonso said. “It’s something I really take pride in. I’m happy that I was able to play my way into the Game, and hard work pays off.”

Marte said he started making other plans for the four-day All-Star break when he wasn’t voted in by fans. But when he walked into Citi Field on Sunday and learned he would be an All-Star, the outfielder became emotional.

The Mets right fielder, who was acquired by GM Billy Eppler this past offseason, has been one of the team’s most consistent hitters this season. He brings a .291/.342/.462 slashline with 40 RBI, nine home runs, 50 runs scored, 18 doubles and 10 stolen bases in 74 games into this week’s Mets-Braves series.

“It was an emotional moment,” said Marte, adding that he was frustrated and disappointed with the fan-voting results. Marte said he is excited for his kids to meet their favorite players at Dodger Stadium.