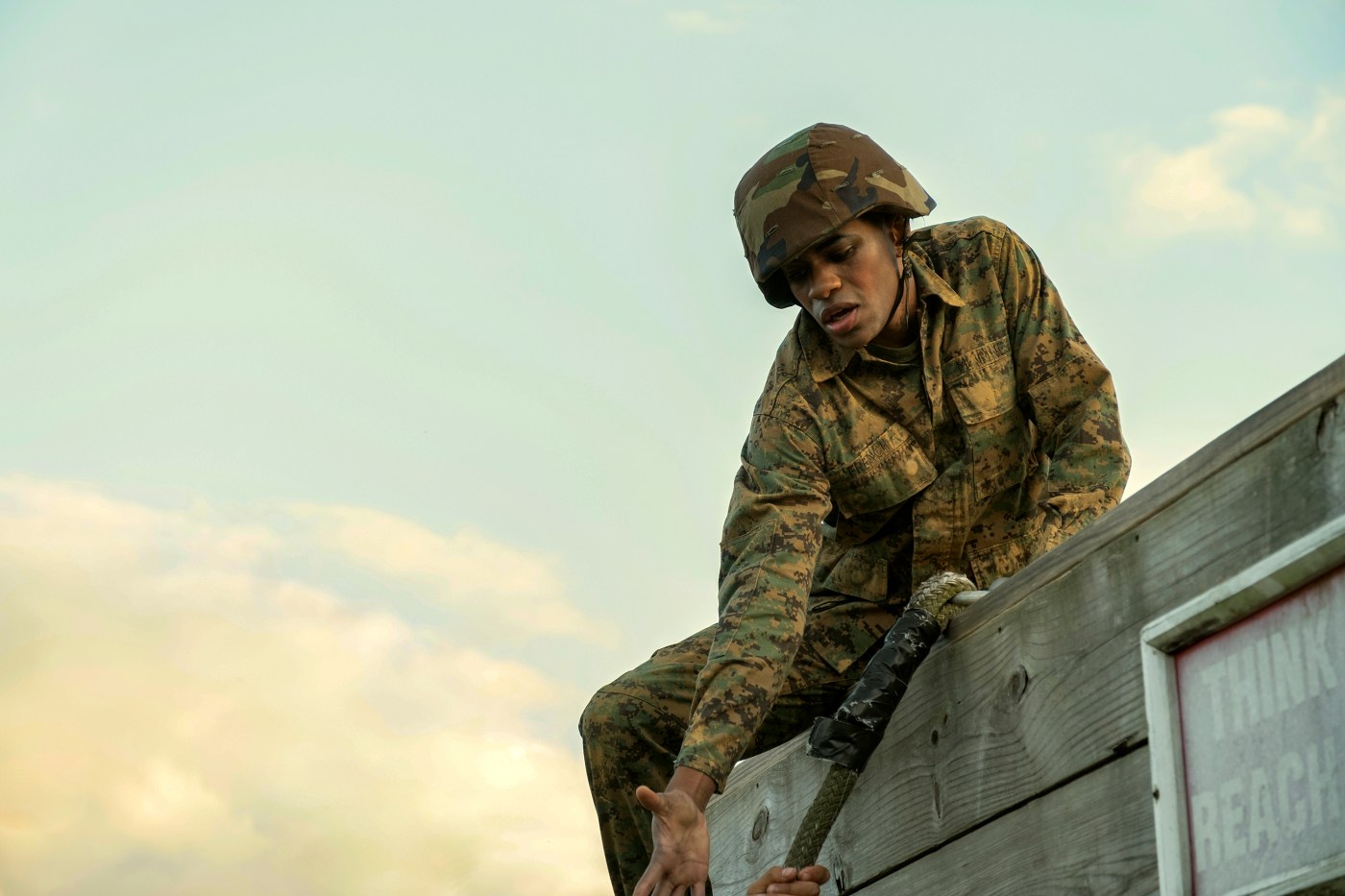 “The Inspection” is Elegance Bratton’s intense, intensely personal story as a Black gay man fighting homophobia at home and in the Marines.

All true: Bratton at 16 was thrown out of his house by his single mother, a prison guard, for being gay. Homeless at 25, he enlisted in the Marines where he was mocked, beaten, hazed for being gay – and graduated.

That saga is onscreen with Jeremy Pope, 30, as Bratton’s stand-in Ellis French.  Gabrielle Union, 50, is his unrelentingly homophobic mother. Both are nominated for Independent Spirit Awards and loom large as Golden Globe, Critics Choice and Oscar nominees.

Pope’s Broadway debut in “Choir Boy” was followed by his portrayal of The Temptations’ Eddie Kendricks in “Ain’t Too Proud.” He then became the first Black actor in Tony Awards history to be nominated in the same season for two different roles.
He was Emmy nominated for Ryan Murphy’s Netflix series “Hollywood” and is now back on Broadway playing Jean-Michel Basquiat to Paul Bettany’s Andy Warhol in “The Collaboration.”

“Inspection” is his first starring film role. “I wanted him to be the star back in 2017 — before I even had the script,” Bratton recalled in a virtual press conference. “I needed someone I could trust in that leadership position and I told him, ‘I want you to make Ellis your own.’”

That meant an emotional and physical commitment.  Pope arrived two weeks before filming to huddle with Bratton and get in shape for the intense, often wordless Marine scenes.

“We were shooting our movie in 19 days.  In the middle of the pandemic in Jackson, Mississippi.  In 105 degree weather,” Pope pointed out.

“Knowing what the role requires I knew I’d be challenged emotionally. So a shout out to my cast and crew because I think everyone was aware of that. In those [hazing] scenes, I was never alone, I felt very safe.

“I think of the shower scene and how much abuse was happening. In New York City I was going home one night — and somebody came and punched me right in the face!  He just looked at me, spit and walked away.  No one protected or helped me. The shower scene felt connected to that: No one is going to protect you.

“In that scene there are no lines that I say. You know you’re pretending but my body didn’t know. That’s what this job requires.

“But there are people who will heal you, like Elegance. He was there to protect me.”