Todays Though > News > Jermaine Johnson out, Quincy Williams back in for tough test against Packers run game – Boston Herald
News

Jermaine Johnson out, Quincy Williams back in for tough test against Packers run game – Boston Herald 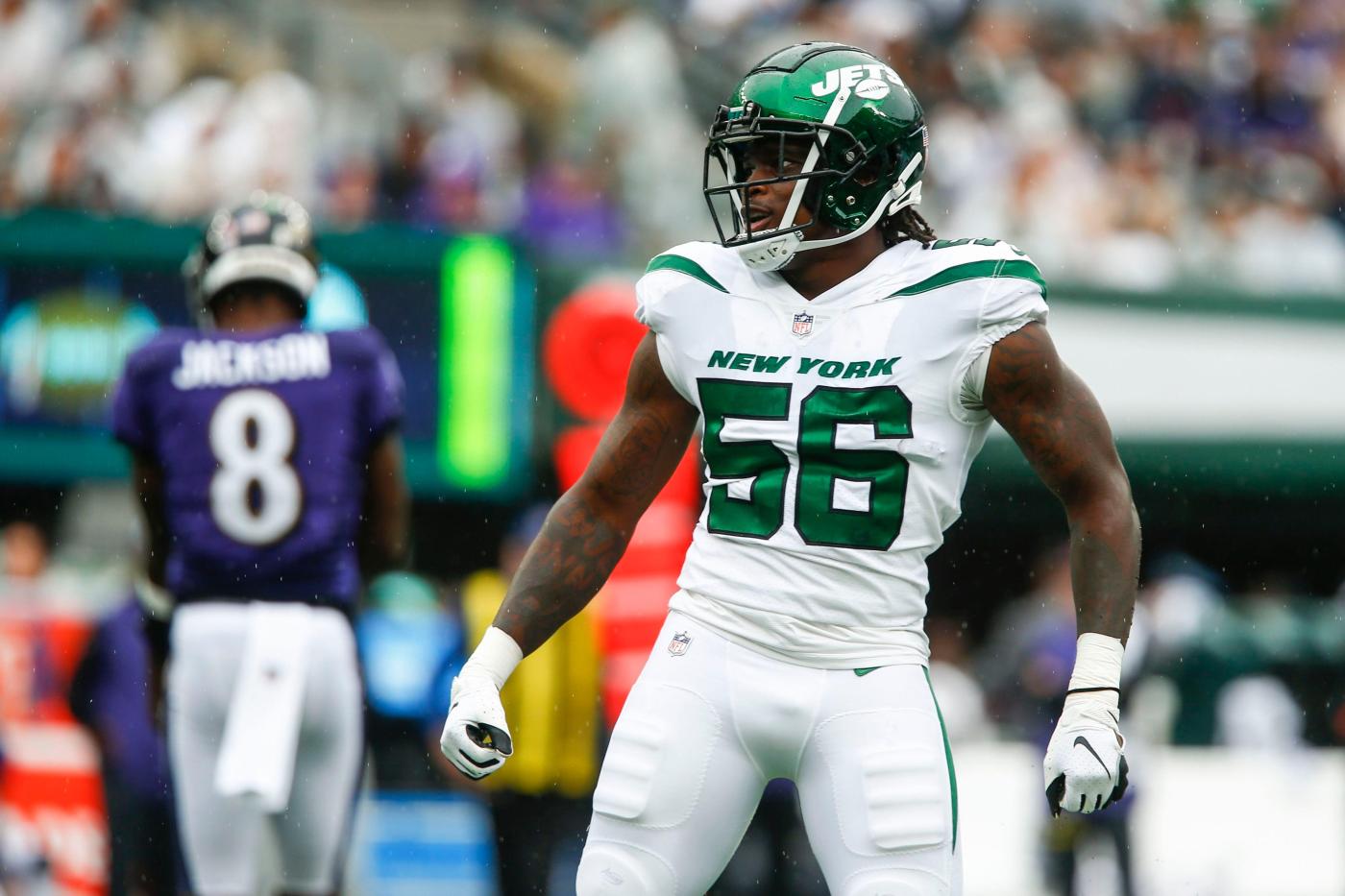 Gang Green will be without one of its key defensive players while getting another back against the Packers on Sunday.

Defensive end Jermaine Johnson will not play against the Packers after he was carted off the field in the win against the Dolphins last Sunday due to an ankle injury.

However, linebacker Quincy Williams, who also has been dealing with an ankle injury, fully practiced on Friday and will play against the Packers.

“When he had his injury, it looked at least from my perspective, it looked really bad,” Jets coach Robert Saleh said about Williams. “We dodged a bullet, he dodged a bullet. We thought it was going to be much worst, but credit to him, he has been working his tail off to get back.

“Hopefully, he has a chance to go make some plays.”

In three games this season, Williams has recorded 18 tackles and a tackle for loss. There’s also a chance the Jets could get back defensive end Vinny Curry, who hasn’t played this season after he was placed on injured reserve.

Curry went on injured reserve on Sept. 1 with a hamstring injury. He re-signed with the Jets after missing the entire 2021 season after having his spleen removed after he was diagnosed with a rare blood disorder.

Against the Packers’ stout rushing attack, having Williams — and possibly Curry — back in the lineup certainly could help improve Jeff Ulbrich’s rushing defense.

Green Bay is 11th in the NFL in rushing yards, averaging 134.8 yards per game. They have a two-headed rushing attack in Aaron Jones and A.J. Dillion that the Packers have leaned on while trying to break in new receivers.

The Jets’ rushing defense will undoubtedly need to be better than they were the last two weeks. In the 24-20 victory against the Steelers, the Jets allowed 119 yards and two rushing touchdowns. They followed that up by giving up 137 rushing yards and two TDs in the 40-17 win over the Dolphins.

“I can help the guys from a schematic standpoint, just devote more resources to the run game at times, so I have to be better from a play-calling standpoint,” Jets defensive coordinator Ulbrich said. “We have to play it better too, we have to set edges more consistently, our pursuit on the back side has to be better, our gap discipline has to improve.

“All those things happen, and you can try to make them a little bit more one-dimensional. If their run game is rolling, then their play-action game is rolling, their drop game, their quick game, all of it is alive, and when all of it’s alive with these guys, it can be tough, it can be a challenge. Trying to eliminate a component of the offense helps, for sure.”

Jets defensive end Carl Lawson appears to be getting better as the season progresses.

Against the Dolphins, Lawson posted a 92.5 Pro Football Focus grade, which led all edge defenders in Week 5. He also had eight tackles and a strip sack that was recovered by defensive tackle Quinnen Williams as Lawson’s seven quarterback hits on Sunday were a career-high.

Lawson will be lined up on the opposite side of Packers tackle David Bakhtiari. Playing against the Green Bay veteran has been on Lawson’s bucket list for a long time as he hopes to slow down the Packers quarterback Aaron Rodgers.

“It’s really tough every time that I’ve done it. But I’m ready to step up to the plate.”

As a rookie, Lawson recorded his first sack against Rodgers, but Bakhtiari wasn’t on the field. The two spoke after the game and Lawson has always admired Bakhtiari.

This weekend, Lawson will return to the place where he suffered a season-ending injury in 2021. During a joint practice with the Packers during the preseason last year, Lawson ruptured his Achilles tendon and was carted off the field.

While the Jets endured a 4-13 season, Lawson could only watch from the sidelines as he rehabbed trying to recover in time for the 2022 season. Lawson has been solid in his return through five games and is the player the Jets expected him to be after signing him to a three-year, $45 million deal with $30 million guaranteed during the 2021 offseason. He has 2.5 sacks and two tackles for loss.

“I think really just knowing his mindset, he’s a guy that’s never going to be complacent, he’s never happy with where he’s at, he’s always trying to improve, he’s always trying to find the inches in his game. I don’t think this league, I don’t think this organization has seen the best version of him yet, I think he’s just going to continue to get better.”