Jessica Chastain catches a killer in ‘The Good Nurse’ 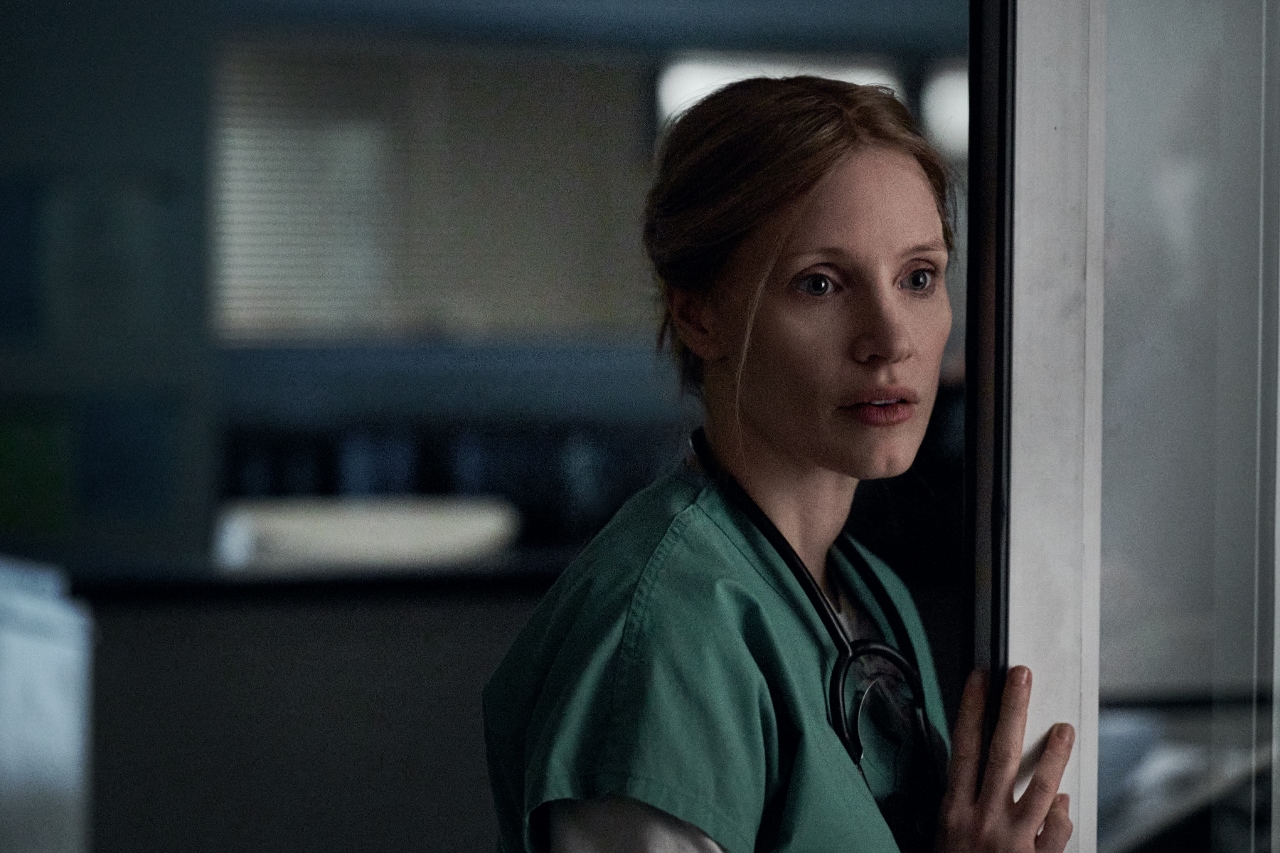 To play a nurse in Netflix’s true-crime thriller “The Good Nurse” Jessica Chastain did more than read the script and visit a hospital.

“Jessica was in nursing school for weeks and we had a [medical] guy who helped us through the whole shoot,” the movie’s Danish director Tobias Lindholm explained during a Zoom conference. “We would stop shooting if things were not done correctly.”

“Day 1 of nursing school we watched a video history of nursing and spent a lot of time with [drip] bags and IVs,” Chastain, 45, noted.  “We learned how to take your gloves off in the right way and that compressions are a huge peeve for people and you can’t use your elbows. It was pretty thorough.”

“Good Nurse” is adapted from Charles Graeber’s book “The Good Nurse: A True Story of Medicine, Madness, and Murder” and tells what happened when nurse Amy Loughren, a single mother of two young girls, bonded with the new nurse in her ward, Charlie (Eddie Redmayne). Their intense friendship is shattered when she suspects Charlie of murdering patients.

Then the police ask Amy to risk her safety to help nail Charlie.

Sitting by Chastain, Loughren was asked about Charlie. “I have thought about this for 20 years. I believe he was two different people. The person I knew was not the murderer.  He was such a kind, gentle, brilliant person. A good friend, very loyal — that was not the murderer.

“I met the murderer twice and he was not the same person I knew,” she said.

It was nevertheless traumatic.  “Once I realized he was murdering people I actually had a terrifying nightmare. I was at my house and dreamed he was sitting next to me in a chair in my home and said, ‘I’ve taken care of the girls. Now it’s your turn.’

“After that the girls never slept without me until he was behind bars.”

When people heard Amy’s story, inevitably they would ask, Who would you want to play you in a movie?

“I wanted Jessica — and people would laugh at me. Now, here we are.”

Chastain won her Best Actress Oscar playing a real person, Tammy Faye Bakker.  This was different: “It’s very daunting to play someone and do a scene of their life as they’re watching you. When I’m acting,” she said, “I like to disappear into it and believe it’s real, I am going through it.

“I learned via Zoom about her and there I am on set, looking at her and feeling I’m a fraud.  I gave her a hug and felt such a responsibility. I was nervous.”