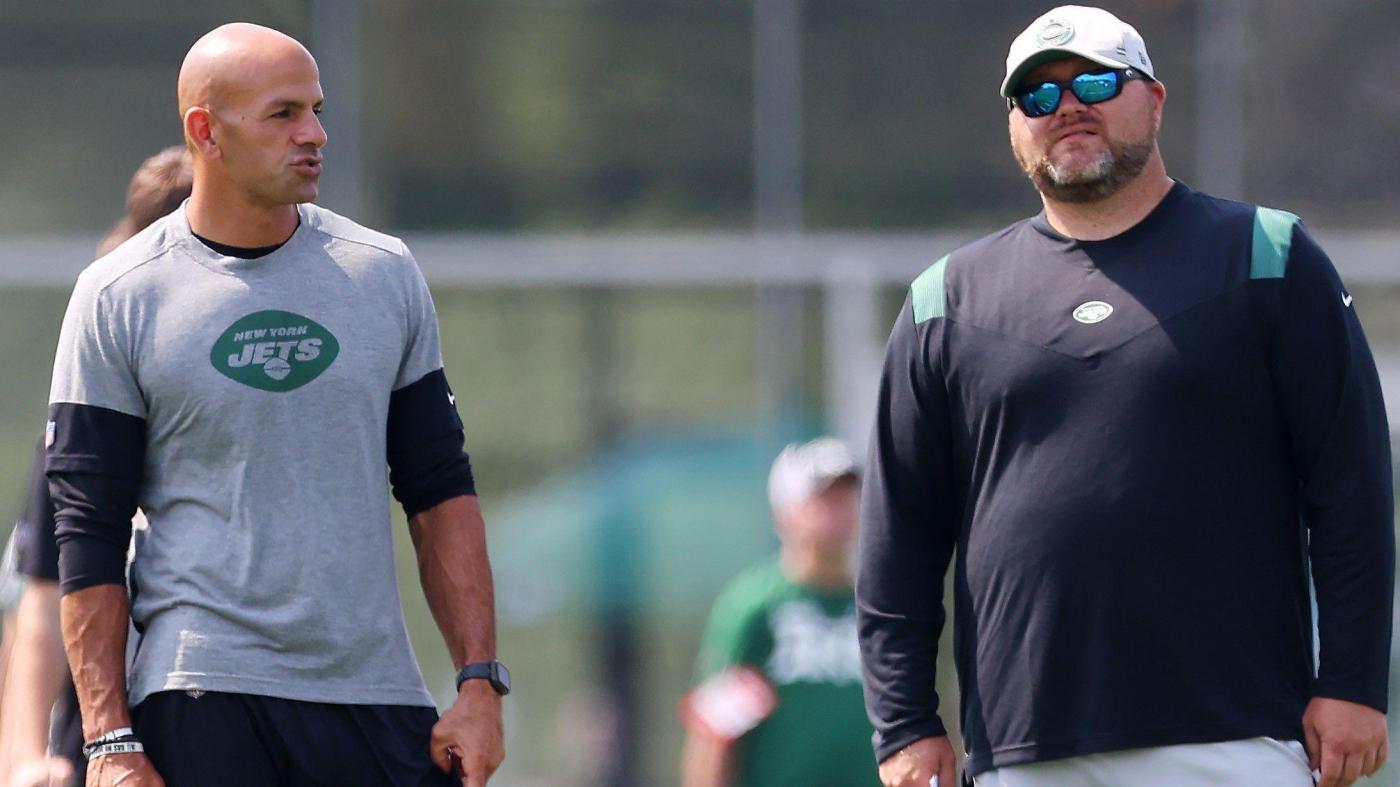 Optimism usually wouldn’t be the first word that comes to mind for a team that finished 4-13 last season. But that’s precisely how the Jets feel entering the 2022 season.

“I still believe we’re going to win championships here,” head coach Robert Saleh said. “I think when you look at Joe [Douglas] and his staff and the way he communicates with us as a coaching staff, our process is too good. I think the players that we’ve brought in are made of the right stuff.

“The way this organization communicates, the way Woody [Johnson] and Christopher [Johnson] give us whatever we need in regard to player acquisitions and being in this building and their support, it’s too good for this not to work. Just really excited again to continue to build this roster and develop these young men and live up to the promise that we made when we first got here.”

It isn’t just lip service from the organization. The Jets are certainly young and have the longest playoff drought in the NFL (2010), but they have immensely improved their roster from a year ago.

“I think we have a pretty intriguing group of youth and veteran presence, Douglas said. “Adding guys like C.J. [Uzomah] and [Tyler] “Conk” [Conklin] and [Jordan] Whitehead and bringing in a guy like Duane Brown in here to go along with all of these first, second, third-year players, it’s a pretty cool group of youth and experience.”

After being abysmal on both sides of the ball last season, adding more talent was necessary. Offensively, the team drafted wide receiver Garrett Wilson along with running back Breece Hall, who will complement receivers Corey Davis, Elijah Moore, and running back Michael Carter. They also signed guard Laken Tomlinson as well as Brown to help fortify their offensive line.

Gang Green improved on the defensive side of the ball by selecting Ahmad “Sauce” Gardner with the No. 4 overall pick in April’s draft. They beefed up their defensive line by adding Jermaine Johnson and Micheal Clemons in the first and fourth rounds. That’s to go alongside Carl Lawson who’s coming back from an Achilles tear he suffered last year, Quinnen Williams, John Franklin-Myers, and Mosley.

The roster has had such an overhaul that linebacker C.J. Mosley said the playoffs are a “realistic goal” for the Jets in 2022.

Gang Green has roster depth, something that the team couldn’t say in previous seasons. Because of the depth at certain positions, Douglas and Saleh had to cut a lot of guys that probably would have made their team a year ago.

This has led to other teams claiming a number of the Jets’ former players after mandatory roster cuts to 53 players Tuesday.

“I think it’s a cool thing that Robert [Saleh] always says when he’s talking to the team and again, I’ve referenced his team meetings and how great they are,” Douglas said. “But when he’s showing clips and he’s talking about mentality and mindset and what it’s supposed to look like and the strain, the effort and look, your teammates see it, your coaches see it.”

If the national perception around the Jets is going to change this year, it will come down to the quarterback position. Zach Wilson looked like a typical rookie quarterback, especially early in the season, as he threw for 2,334 yards, nine touchdowns, and 11 interceptions.

Gang Green doesn’t need Wilson to be like Patrick Mahomes. However, the Jets need to see him make better decisions with the football and eliminate the turnovers that plagued him a season ago. They also need to see signs that Wilson can become their franchise quarterback for the next decade-plus.

“I think we’ve talked about him coming back at the end of last year and the jump he made,” Douglas said. “He was having that same level of progression throughout OTAs, throughout training camp.

“I know you guys were here. I’m sure he would like to have that first series back in the Philly game, but he was getting back into rhythm and showing all of those traits and the progression that he had made in that second series before the injury. We have seen tremendous progress from Zach.”

The coaches feel differently about this year’s team, and so do the front office and the players. Now, all it’s left to do is prove it on the field. Talk is cheap and the Jets haven’t won a game against an AFC East foe since 2019. It all starts with being competitive in their own division before starting the talk of playoffs.

Before becoming the coach of the Jets, Saleh was the defensive coordinator with a rebuilding San Francisco 49ers team that reached the Super Bowl in Kyle Shanahan’s third season at the helm.

In 2018, the 49ers won four games. In 2019, they finished with a 13–3 record, winning the NFC West division title before losing to the Kansas City Chiefs in Super Bowl LIV. No one is predicting the same success for the Jets after four wins last year.

However, this is a young core that has the talent to eventually turn the corner much like the 49ers did when Saleh was there.

“So, to draw similarities, I don’t want to compare anything to that group,” Saleh said. “I do think that we have a really cool group of guys. Just like those Niners teams, you’re going to see some guys come to fruition and come to light like, ‘Holy cow, that dude’s a playmaker. He’s a game-changer.’