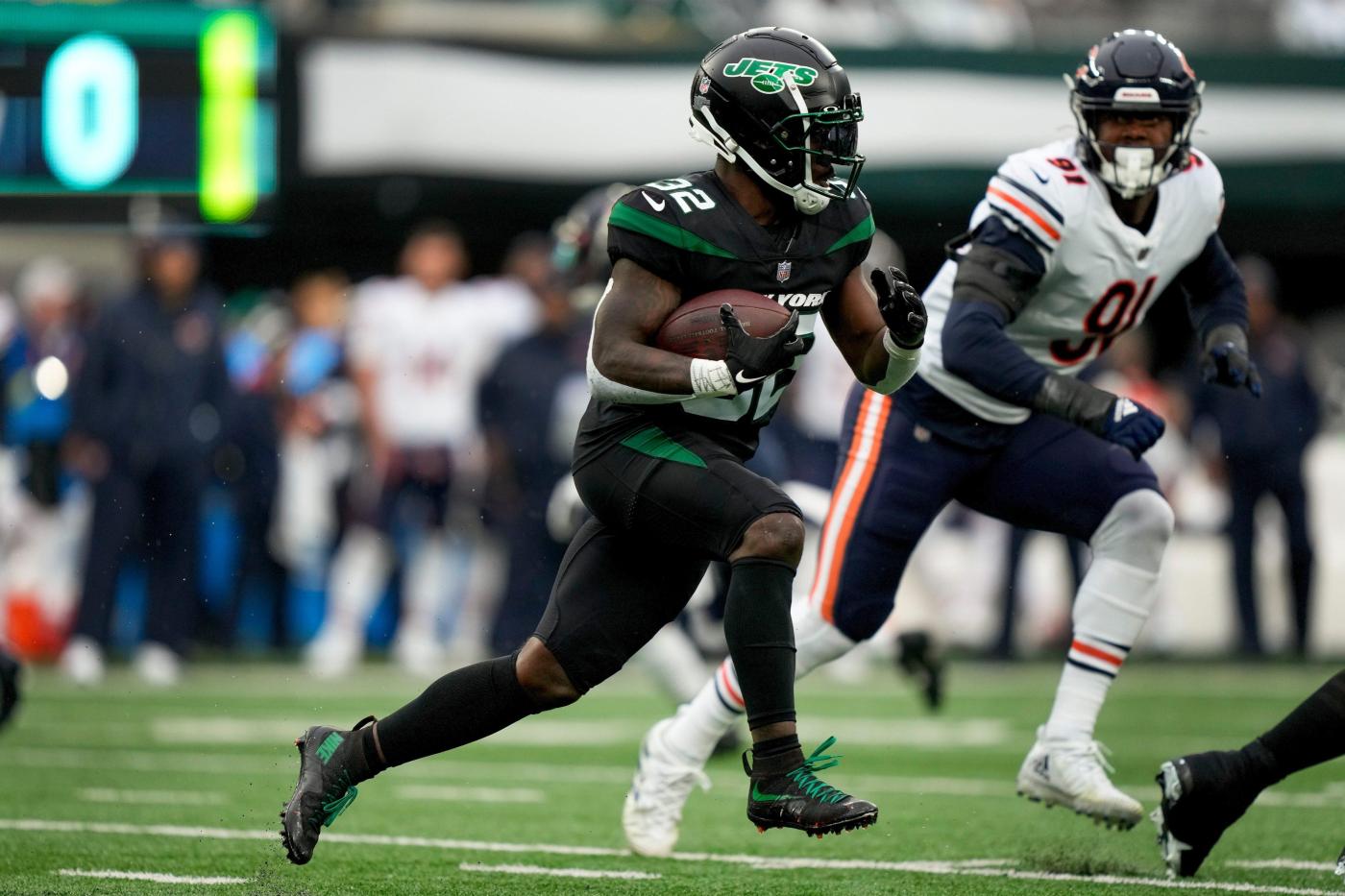 This season, the Jets offense is as good as their rushing attack.

Lately, that hasn’t been very good, as during Gang Green’s four-game losing streak, its yards on the ground has decreased.

In their last four games, the Jets are averaging 78 rushing yards per game. During the first nine games of the season, Gang Green averaged 116 yards on the ground.

“The running game takes all 11,” offensive coordinator Mike LaFleur said. “It takes, obviously, a good plan, but it also takes a mentality from every single guy — me calling enough runs, me calling the runs at the right time, giving enough runs that keeps the defense off-balance.

“It’s not high school, you can’t just run the same run over and over and over. It’s just been a magnitude of things. I keep preaching to the guys: We have ran the ball. There was a point in the season where we were a running team, and we were doing a lot of good things in the run game, and that’s kind of fallen off in the last month.

“As you can see, when you’re not running the ball, what can happen. It hasn’t been good, and it starts with me, but we plan on getting that fixed.”

The loss of Breece Hall during the seventh game of the season certainly doesn’t help. Despite missing the last eight games, Hall is still the Jets leading rusher with 463 yards and four touchdowns while averaging 5.8 yards per carry.

Not being able to complete passes down the field consistently also hurt the Jets running game. When Mike White suffered his fractured his ribs and missed two weeks, Zach Wilson once again became the starting quarterback.

Wilson has had issues with his footwork and completing passes to open receivers. That allowed the Lions and the Jaguars to put seven or eight defenders close to the line of scrimmage to stop the run as Wilson only completed 50.9% of his passes in those games.

Having White back for the Jets game against the Seahawks and as the team’s permanent starter moving forward could force defenses to have fewer players up front to stop the run. That will allow White and the Jets receivers to have more opportunities for big explosive plays down the field.

“There’s nothing magical that Mike’s going to do other than just play his game and that’s what we ask from all these guys,” LaFleur said. “So, when the shot’s there to take, take it.

“When the intermediate play is there to be made, make it. When it’s not there, get the ball out of your hands, check it down. He does a great job of going through his progressions and getting the ball where it needs to go. So, we’re not asking him to be any different than he was, just go out and play your game, and that’ll be good enough.”