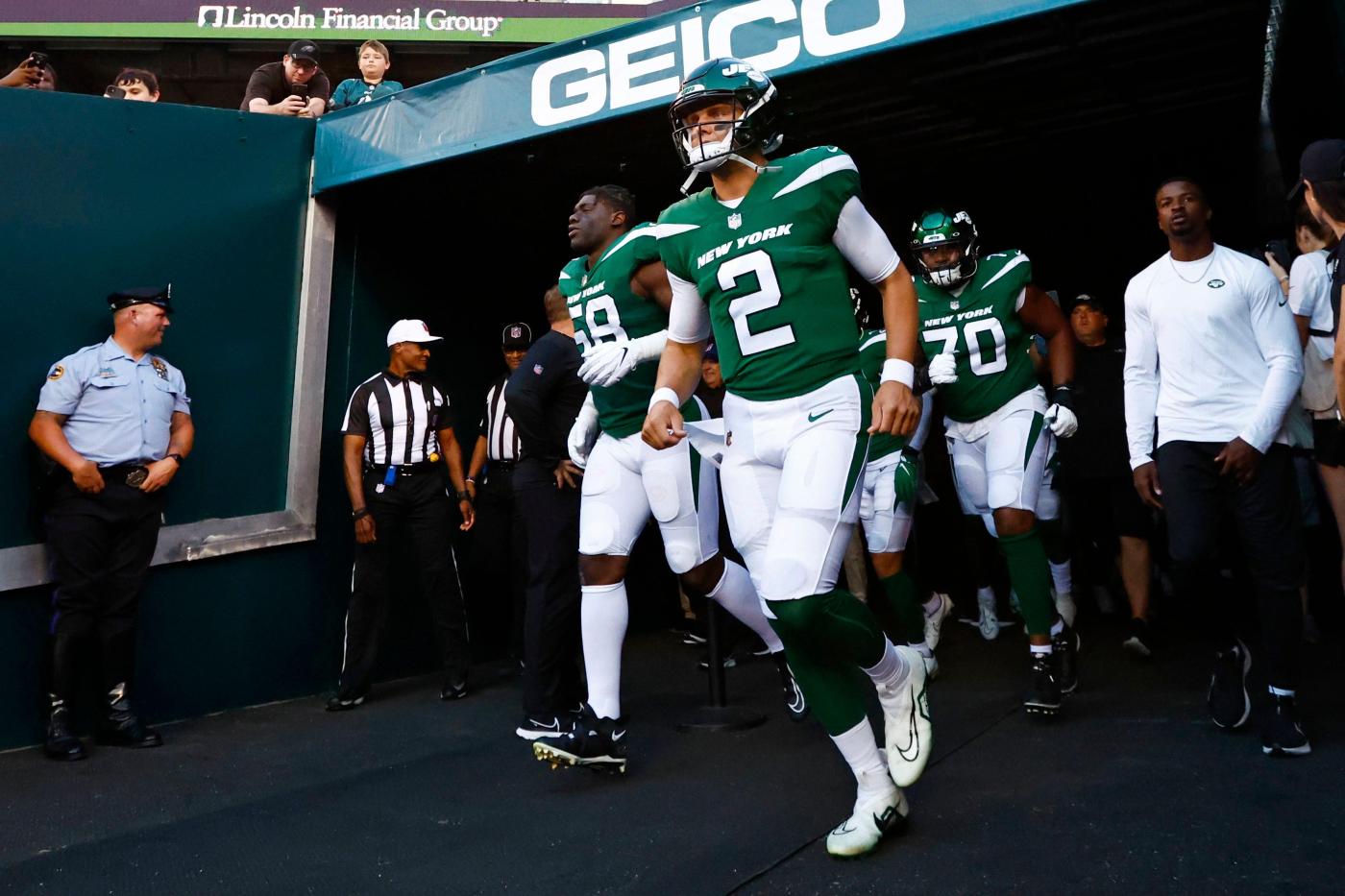 The last 11 seasons for the Jets have been forgettable.

During that span, the Jets have zero playoff appearances and a record of 63-114, which is the third worst in the NFL behind only the Jacksonville Jaguars and Cleveland Browns. Gang Green is hoping the 2022 season puts the nightmares of their recent past in the rearview mirror.

“I don’t want to jinx it, so I’m going to knock [on wood], we’ve been very healthy, with the exception of a couple of things here and there. I really like what we’ve gotten out of it.”

Coming off a 4-13 season and another last-place finish in the AFC East, the Jets added new pieces with hopes of becoming a consistent playoff contender. General manager Joe Douglas and Saleh beefed up their defense and added quality players offensively.

The key to the Jets’ season will come down to the progression of second-year quarterback Zach Wilson. Although he is questionable to play in the season opener against the Baltimore Ravens, Wilson will likely be back either Week 2 at the Cleveland Browns or Week 3 against the Cincinnati Bengals.

Whenever the former No. 2 overall pick returns, the Jets need to see improvements in crucial areas if he wants to be heralded as their franchise quarterback.

In 13 games, Wilson threw for 2,234 yards with nine touchdowns and 11 interceptions. There were flashes of star potential from Wilson in 2021, however, his overall consistency and decision-making ultimately put the breaks on crowning him as Gang Green’s quarterback of the future.

Because of Wilson’s struggles in 2021, the Jets bolstered their offensive line and added more weapons.

The signing of Laken Tomlinson gives the Jets a nice guard pairing along with Alijah Vera-Tucker. Also, adding Duane Brown at left tackle and moving George Fant to the right side should give the team some stability on the outside of the line despite Mekhi Becton’s season-ending knee injury.

In addition to the O-line improvements, the Jets added free agent tight ends C.J. Uzomah and Tyler Conklin to the fold. However, their biggest addition on the outside came with the 10th overall pick in the form of Ohio State star receiver Garrett Wilson.

There are still questions at receiver as Elijah Moore and Corey Davis both suffered season-ending injuries at the end of last year. If Moore and Davis stay healthy, that could help turn around a passing offense that finished 20th in the league (208.3 yards per game).

The Jets also selected Breece Hall in the second round to give them a tag team tandem of running backs to go alongside 2021 draft pick Michael Carter.

Defensively, the Jets have nowhere to go but up. The team finished dead last in yards allowed as they gave up an average of 397.6 per game. To help with that, Douglas and Saleh hope they found a potential shutdown corner in Ahmad “Sauce” Gardner, who was chosen with the fourth pick in the 2022 draft.

Gardner was arguably the best cornerback in college football with the Cincinnati Bearcats as he didn’t allow a single touchdown reception all of last season. His long arms and body frame at 6-3 should provide an improvement in the secondary from last season.

In addition to Gardner, the Jets added CB D.J. Reed as he came over from Seattle. They also signed S Jordan Whitehead from the Buccaneers, who was a key player on their Super Bowl LV team. Lamarcus Joyner, who played in only one game for the club after tearing his triceps in the season opener against the Panthers, was re-signed as well.

The Jets pass rush wasn’t terrible last year, but they missed Carl Lawson, who tore his Achilles during a joint practice with the Green Bay Packers in 2021. Getting Lawson back, who the Jets signed in 2021 to go alongside Jermaine Johnson, John Franklin-Myers and Quinnen Williams will give Saleh a dynamic mix of rotational players onside the defensive line.

C.J. Mosley remains one of the more consistent linebackers in the league. However, there are questions surrounding the rest of the group — Quincy Williams and Kwon Alexander — who were signed after the start of training camp.

Alexander was a Pro Bowler in 2017 when he recorded 97 tackles and three interceptions. However, in recent years, he has yet to regain that same form during stops with the 49ers and the Saints.

The kicking situation is set with the Jets as they decided on veteran kicker Greg Zuerlein after releasing Eddy Pineiro, who the team signed late last season. Gang Green is hoping they see the Zuerlein who was nearly automatic for the Rams as opposed to the inconsistent version displayed as a Cowboy.

With all of the offensive upgrades, the Jets need to see more growth and maturity from Wilson if they’re going to take that next step and contend in an AFC East with the Buffalo Bills, the New England Patriots, and an improved Miami Dolphins team. The Jets roster isn’t perfect, but it is undoubtedly better than the one the team had in 2022.

Wilson needs to build on what he showed during the final six games of the 2021 season when he threw for 1,021 yards, five touchdowns and only one interception. If he can continue that trend, the Jets should be able to improve their win total from last year. If he can’t, then Douglas and Saleh will need front-row seats to scout the quarterbacks of the 2023 NFL Draft class.