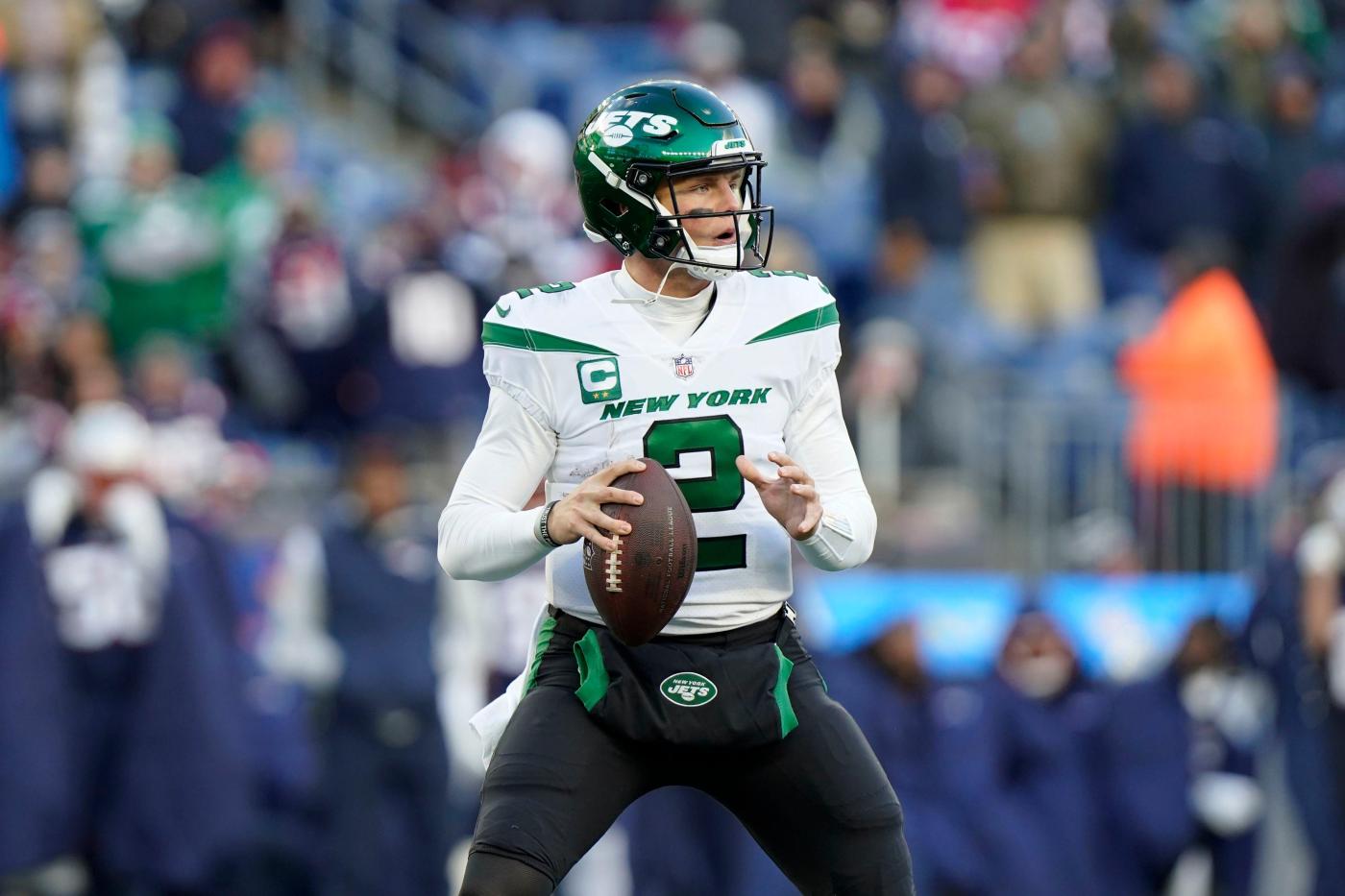 When some players get benched, especially early in their careers, they can lose a part of themselves and never recover from it.

No one knows how the rest of Zach Wilson’s career will go after he was benched four weeks ago.

Jets coach Robert Saleh wanted to give Wilson a reset and the second-year quarterback changed at least in one aspect.

“I think in my first year and a half, I just realized how much of a business this really is and I played football my entire life for the fun of it and how fun it is and sometimes mo’ money, mo’ problems’ right,” Wilson said. “And for me, it’s a how can I just bring that fun back?

“How can I just enjoy being here? And through that reset process, how can I go out to a practice and just be like, you know what I’m just going to enjoy being out here and throwing the ball around, doing things that I love to do and spending time with the guys because that’s truly the most important part, so that’s kind of been the goal for me.”

The 2022 season has been a rollercoaster for Wilson. He missed the first three games of the season after suffering a meniscus tear during the preseason. When he returned, Wilson displayed many of the same deficiencies he showed as a rookie, his inaccuracy and his inability to play well inside the pocket.

Despite a 5-2 record during his first seven starts this season, Wilson threw for 1,279 yards, four touchdowns and five interceptions while completing an NFL-worst 55.6% of his passes. Saleh sat Wilson after the team lost to the Patriots 10-3 when he completed 9-of-22 for 77 yards. He also failed to take any accountability for the lack of offense in a game where the Jets defense didn’t allow a touchdown.

When the Jets turned to Mike White as their starting quarterback, Wilson sought advice from a few former players who had been through this situation. Steve Young, Drew Brees, Kurt Warner and John Beck all faced adversity at some point in their careers as they were benched before returning to the field as a starter.

In his return as the starting quarterback for the injured White, Wilson had an up-and-down performance. In the 20-17 loss to the Lions last weekend, Wilson finished 18-of-35 for 317 yards, two touchdowns and one interception.

After Wilson spoke with those four players, he said it gave him some clarity on how each former quarterback handled a temporary speed bump in their careers.

“The biggest thing was there’s going to be these ups and downs in football and you always have to believe in yourself and rely on your support system and just understand that this is all just part of the process,” Wilson said.

“Some of the biggest things I took from it was where you want to get, this is just going to help you get there faster — the bumps, the ups and downs, it’s tough, but eventually you’re able to make your way through it. Along the way, you’re able to learn a lot of really good lessons, and you’re almost able to be more aware as well.”

Wilson could have the rest of the season to see if he can be the Jets franchise quarterback. White has been dealing with fractured ribs and Saleh has listed him as week-to-week.

The Jets are currently on the outside of the playoff race. However, if Wilson can play well and lead the team to the postseason for the first time since 2010, he could return as the starter in 2023.

No matter how the rest of the season goes, Wilson’s teammates have confidence in the second-year player despite the anger, displeasure and boos from fans at MetLife Stadium at times when he plays.

“He’ll be fine,” Jets left tackle Duane Brown said. “He understands the kind of talent he has.

“I tell him, just focus on the next play. Outside of that, it is my job and our job up front to help him. I gotta do my job to keep him upright and confident.

“Outside of that, I just tell him to play the game. Do you, be who you are, play with confidence and that’s all he can do.”