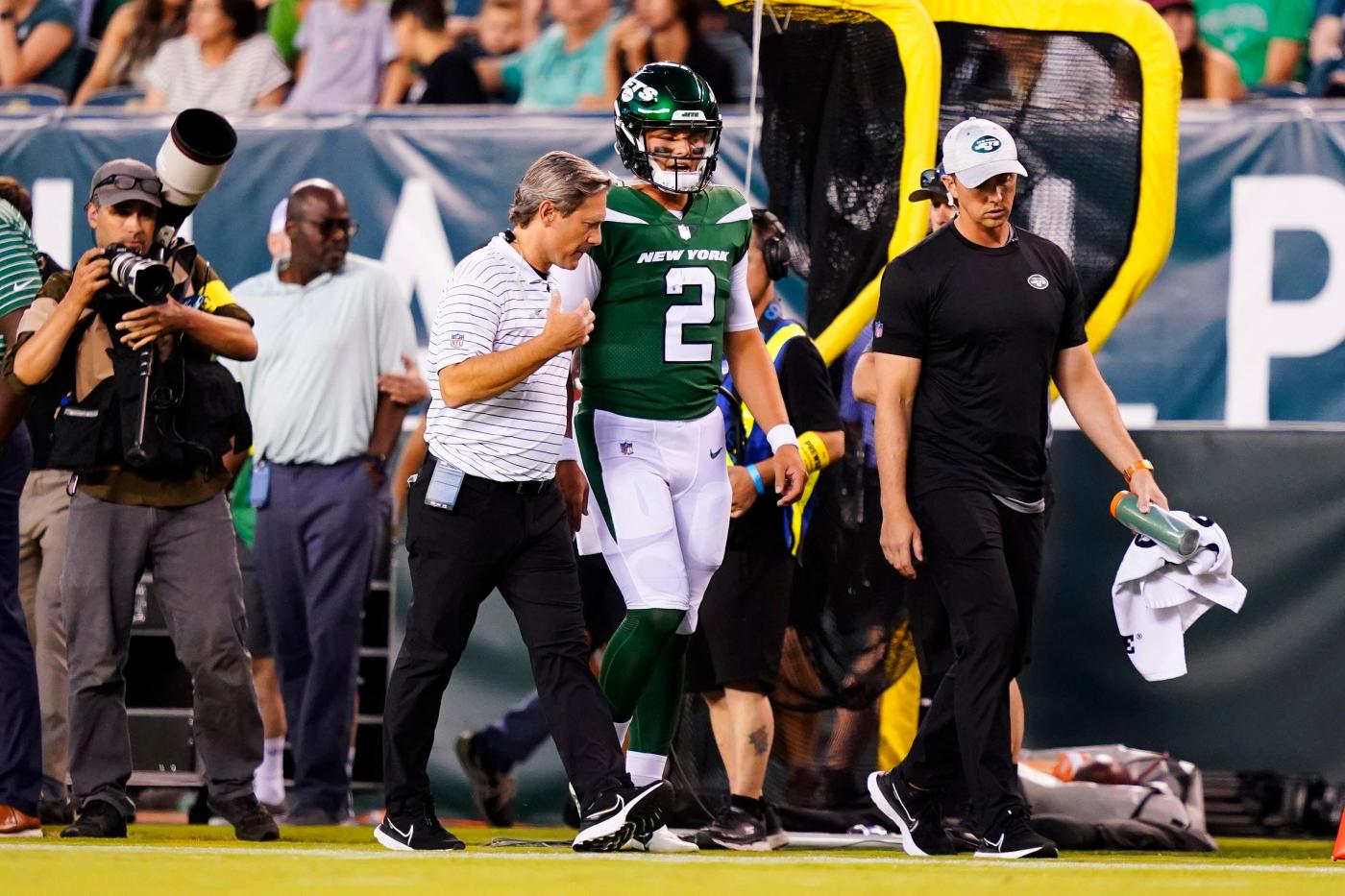 It appears the Jets have avoided the doomsday scenario with Zach Wilson.

The second-year Jets quarterback suffered a meniscus tear in his right knee and also suffered a bone bruise, per multiple reports, on the non-contact play that sent Gang Green nation into panic mode during the first quarter of Friday night’s preseason opener against the Philadelphia Eagles.

The fear had been the former No. 2 overall pick might have torn ligaments in his knee which would have knocked him out for the season.

Wilson will reportedly undergo arthroscopic surgery to repair the meniscus and is expected to miss 2-to-4 weeks.

That diagnosis has to be considered best-case scenario after Wilson slumped to the ground after a seven-yard scramble in the open field during Gang Green’s second drive. The former BYU QB was quick to signal for help and then limped off to the locker room after being checked out by trainers.

Wilson was trying to extend the play, instead of running out of bounds, when the injury occurred.

“One hundred percent,” Jets head coach Robert Saleh told reporters after the game when asked if Wilson should have stepped out instead of trying to fake out an Eagles linebacker in the open field just minutes into the first preseason game.

The Jets have a long history of quarterbacks going down with severe injuries during these meaningless preseason contests dating all the way back to Joe Namath in 1971.

The Jets open the regular season on Sept. 11 against the Baltimore Ravens.