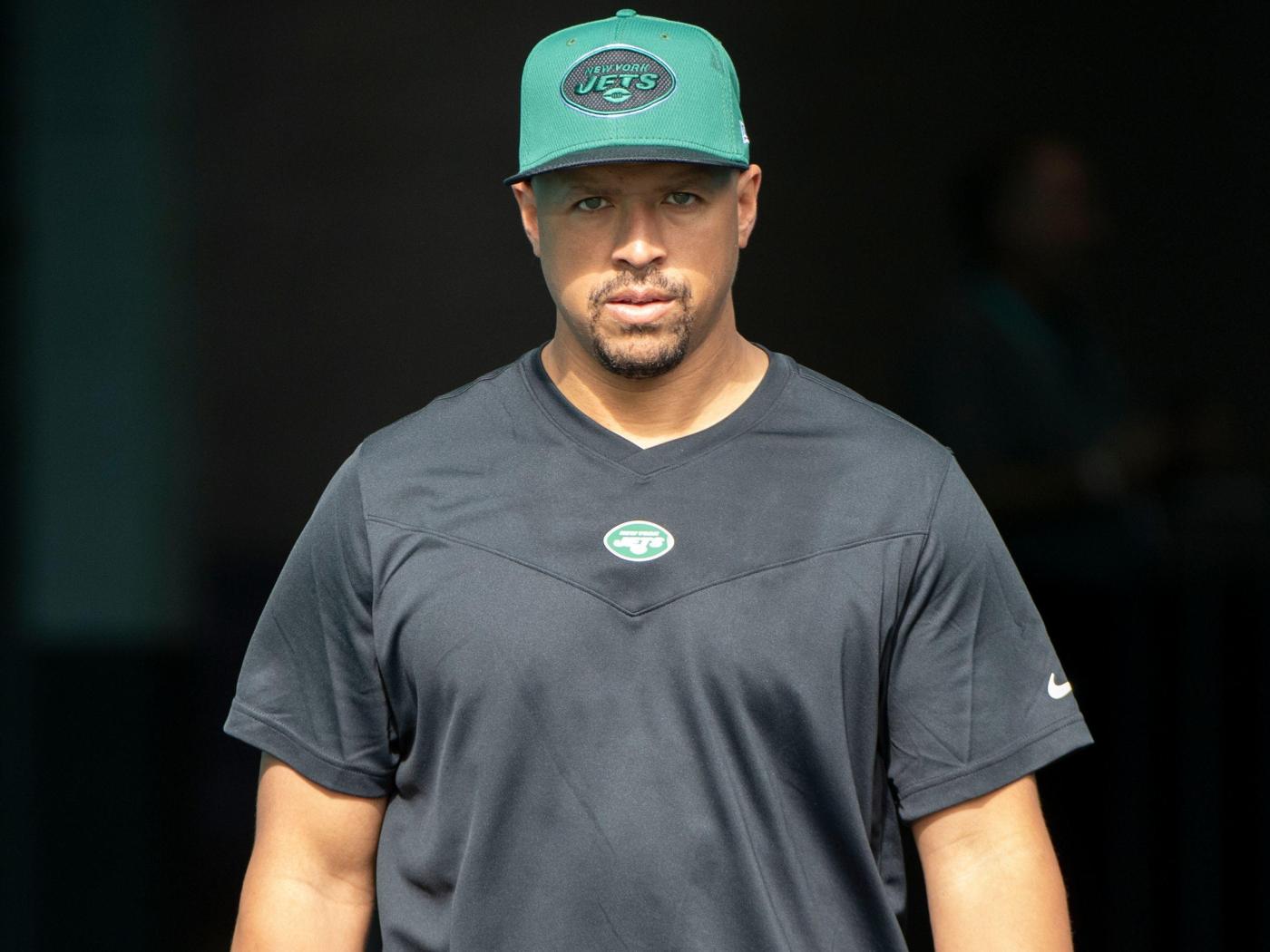 According to a league source, Jets wide receivers coach Miles Austin has been suspended for violating the NFL’s gambling policy.

Austin did not coach during the Jets 19-3 loss to the Jacksonville Jaguars on Thursday night. According to Austin’s attorney Bill Deni, the NFL suspended him for wagering from a legal mobile account on table games and non-NFL professional sports.

Deni said in a statement that Austin did not wager in any NFL games in violation of the league’s Gambling Policy for Personnel. Austin is appealing the suspension, which will be a minimum of one year.

Austin is currently in his second season as the Jets wide receivers coach after initially joining the team as part of head coach Robert Saleh’s first staff in 2021. Before coming to the Jets, Austin was a pro and college scouting intern for the Cowboys (2017-18) and an offensive quality control coach for the 49ers (2019).

Austin is a former Pro Bowl wide receiver who played in the NFL for 10 seasons, most notably with the Cowboys where he spent eight years after he went undrafted coming out of Monmouth. He also played with the Browns and the Eagles as Austin Austin played 129 games (70 starts) over 10 seasons for Dallas, Cleveland and Philadelphia. A two-time Pro Bowl wide receiver, Austin finished his career with 361 receptions for 5,273 yards.

Austin is the second person recently suspended due to the league’s gambling policy. Former Falcons and currently Jaguars receiver Calvin Ridley was suspended this season for betting on games as he reportedly made parlay best on multiple sports, including NFL and Falcons games.