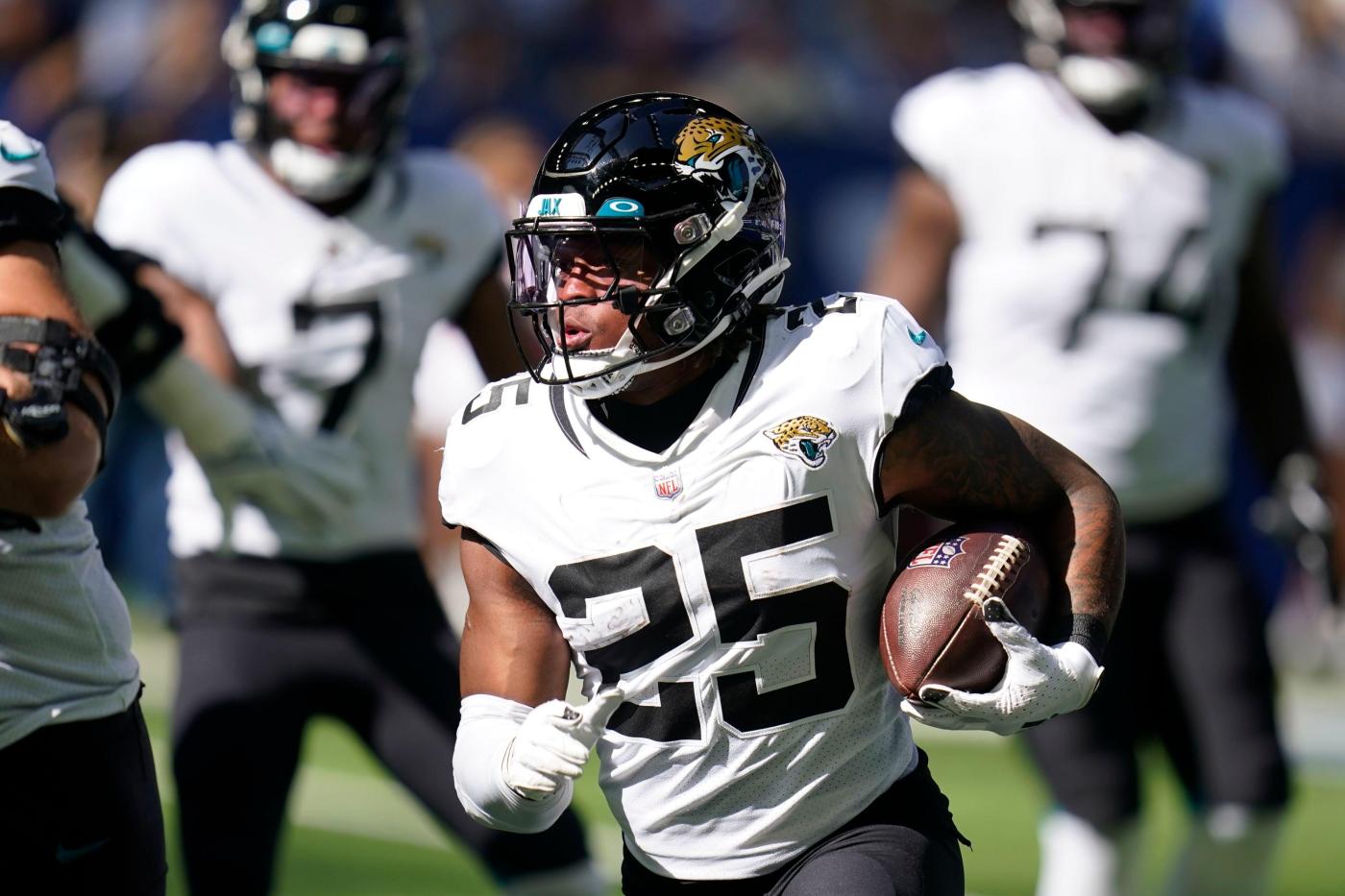 A day after Breece Hall suffered a significant injury, the Jets made an addition to their backfield.

According to a league source, the Jets have traded a conditional sixth-round pick, which could be a fifth-round pick for Jaguars running back James Robinson. Ian Rapoport of NFL Network was the first to report the news of the Jets acquiring Robinson.

Robinson will cost only about $500,000 against the Jets’ salary cap for this season and will be a restricted free agent next year. So the Jets could keep him on the roster in 2023.

Hall suffered an ACL tear along with a minor meniscus tear in the Jets 16-9 victory against the Broncos in Denver. He will miss the rest of the 2022 season.

Hall was a massive part of the Jets’ offense recently as they’ve leaned heavily on the run, while Zach Wilson has struggled since returning from meniscus and bone bruise injuries in Week 4. Wilson hasn’t thrown a touchdown pass since his return in the victory against the Steelers on Oct. 2.

In seven games, Hall rushed for 463 yards and four touchdowns. He also caught 19 receptions for 218 yards and a touchdown.

Gang Green was expected to elevate Michael Carter to a more significant role with Hall out. But now, the Jets can once again have a one-two punch in the backfield with Robinson now joining the team.

In recent weeks, Robinson has received fewer snaps as the Jaguars are starting 2021 first-round pick Travis Etienne in their backfield. In the 23-17 loss to the Giants in Jacksonville, Robinson played only 12 offensive snaps and had no touches for the first time in his three-year career.

Jaguars coach Doug Pederson said Monday that Robinson is dealing with knee “soreness”, which is why the running back has received fewer snaps in the offense. However, this season, Robinson has not appeared on the Jaguars’ injury report.

Robinson has rushed for 340 yards and three touchdowns in seven games this season. He also has nine catches for 46 yards and a touchdown.

At 5-2 and fifth in the AFC playoff race, seven weeks into the season, the Jets and general manager Joe Douglas appear to be committed to ending the team’s long playoff drought. Gang Green hasn’t made the postseason since 2010, which is also the longest postseason drought in the NFL.

It is unknown if Robinson will play in Sunday’s matchup against the Patriots. But he will provide stability and another option after Hall’s injury whenever he hits the field.