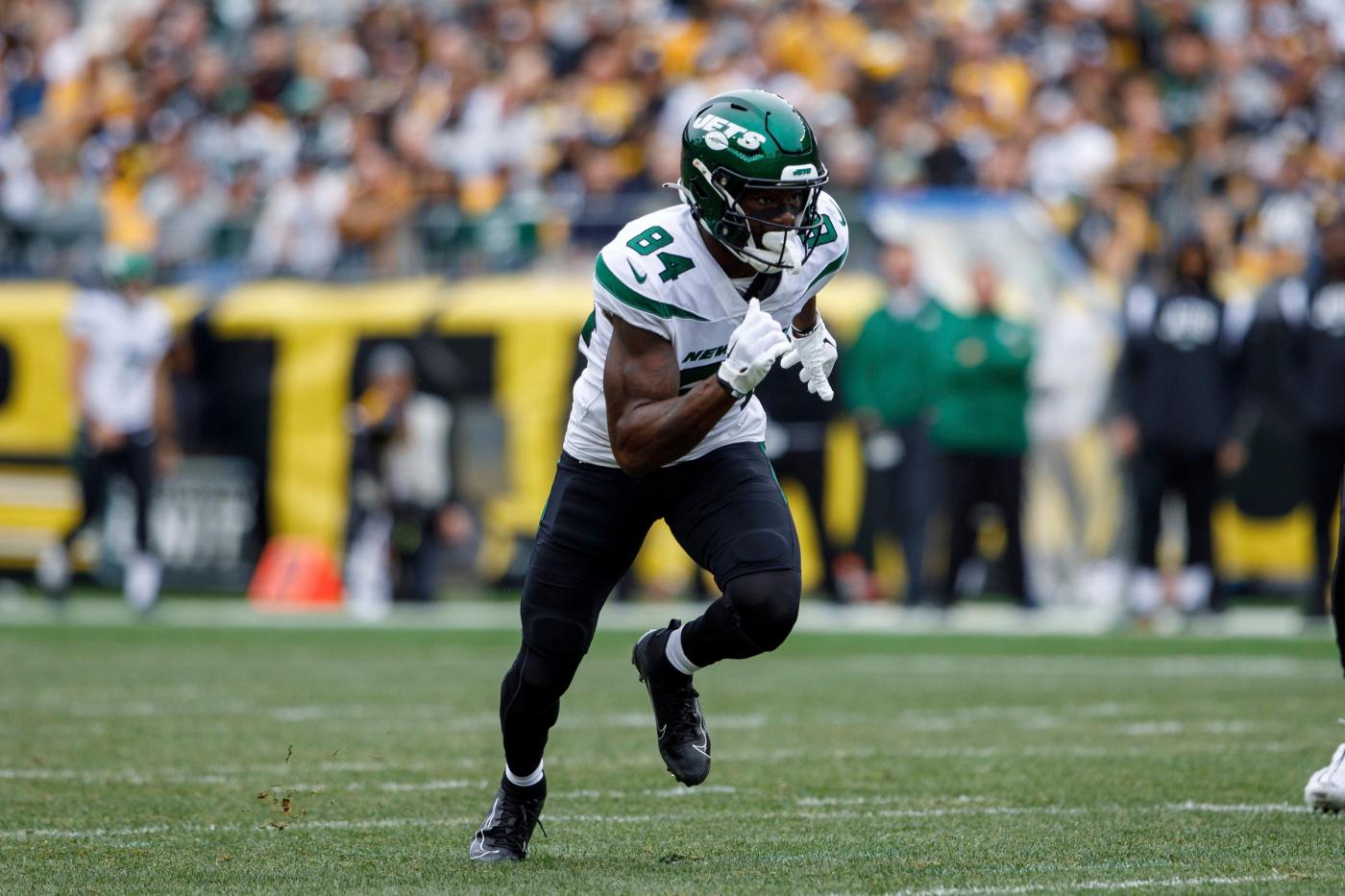 Last week, the Jets were without Elijah Moore as he was inactive after voicing his displeasure with how he has been used in the team’s offense.

A week later, the Green and White will be without another starting receiver.

Corey Davis, who injured his knee during the win against the Broncos, will not play against the Patriots Sunday. He is tied for fourth in receptions this year (19) and leads the team in receiving yards (351).

Although Davis won’t play Sunday, his knee injury isn’t considered serious. But he wasn’t able to practice at all this week. This is one of many injuries the Jets (5-2) have endured during their four-game winning streak.

It is unknown if or how much Robinson will play Sunday, but he is expected to share time with second-year running back Michael Carter in the Jets backfield.

“From a shuffling standpoint, they’ve all done a good job,” head coach Robert Saleh said. “They all understand their roles and what they have to get done.

“Losing [Hall] and all the different things he does — from a fantasy standpoint, people don’t see his production. But he is by far the most productive guy with what he does in the run game. With how violent he can be with his playstyle and all the big catches that he’s made this year.”

With Davis out, the Jets will rely more on rookie Garrett Wilson, Braxton Berrios, Moore and Denzel Mims.

Moore will play Sunday, as the Jets could use him in Davis’ absence. He was sent home last week after reportedly getting into a disagreement with offensive coordinator Mike LaFleur.

Shortly after that, Moore requested a trade which the Jets denied. But Saleh made Moore inactive for the game against the Broncos.

Mims, who was inactive for the first six games of the season, will also play against the Patriots. He made his season debut against the Broncos and caught one pass for four yards and had a key block on Hall’s touchdown run.

Mims, who also had his own trade request during the preseason, has continued to work hard despite not his lack of playing time.

“Credit to him after the things that happened during training camp,” Saleh said. “He showed up to work and he has done what he has had to do and waiting for his opportunity.

“So I hope he takes advantage of it.”

NO FANT BEFORE BYE

Tackle George Fant was eligible to come off of injured reserve this week. However, that did not happen, as Saleh said he was back at the facility but not close to returning.

On Friday, Saleh clarified the timeline for Fant’s possible return.

“It is new commonplace for guys that end up on IR, they go do some treatment somewhere else and come back,” Saleh said. “So it was more therapy treatment.

“We are taking it week-to-week. We will see next week and hopefully after the bye week.”

The Jets have suffered several injuries on the offensive line this year. First, it was Mekhi Becton’s season-ending injury during training camp. Then weeks after signing with the Jets, Duane Brown injured his shoulder and was placed on injured reserve before coming back earlier this month.

During the last three weeks, Gang Green has dealt with injuries from Fant, Max Mitchell (knee) and Vera-Tucker, who is out for the season due to a torn triceps.

With Tuesday’s trade deadline and their offensive line’s status, the Jets could potentially target help at the right tackle position. Cedric Ogbuehi, who was signed from the Texans practice squad last month will start at right tackle against the Patriots but is not viewed as a long-term solution. Ogbuehi has not started a game in a year when he was a member of the Seahawks.

With the Browns 2-5 and the playoffs looking less likely, the team could part ways with right tackle Jack Conklin. He is contract ends at the end of the 2022 season and the Browns could decide to obtain a draft pick instead of losing Conklin to the open market for nothing in return.