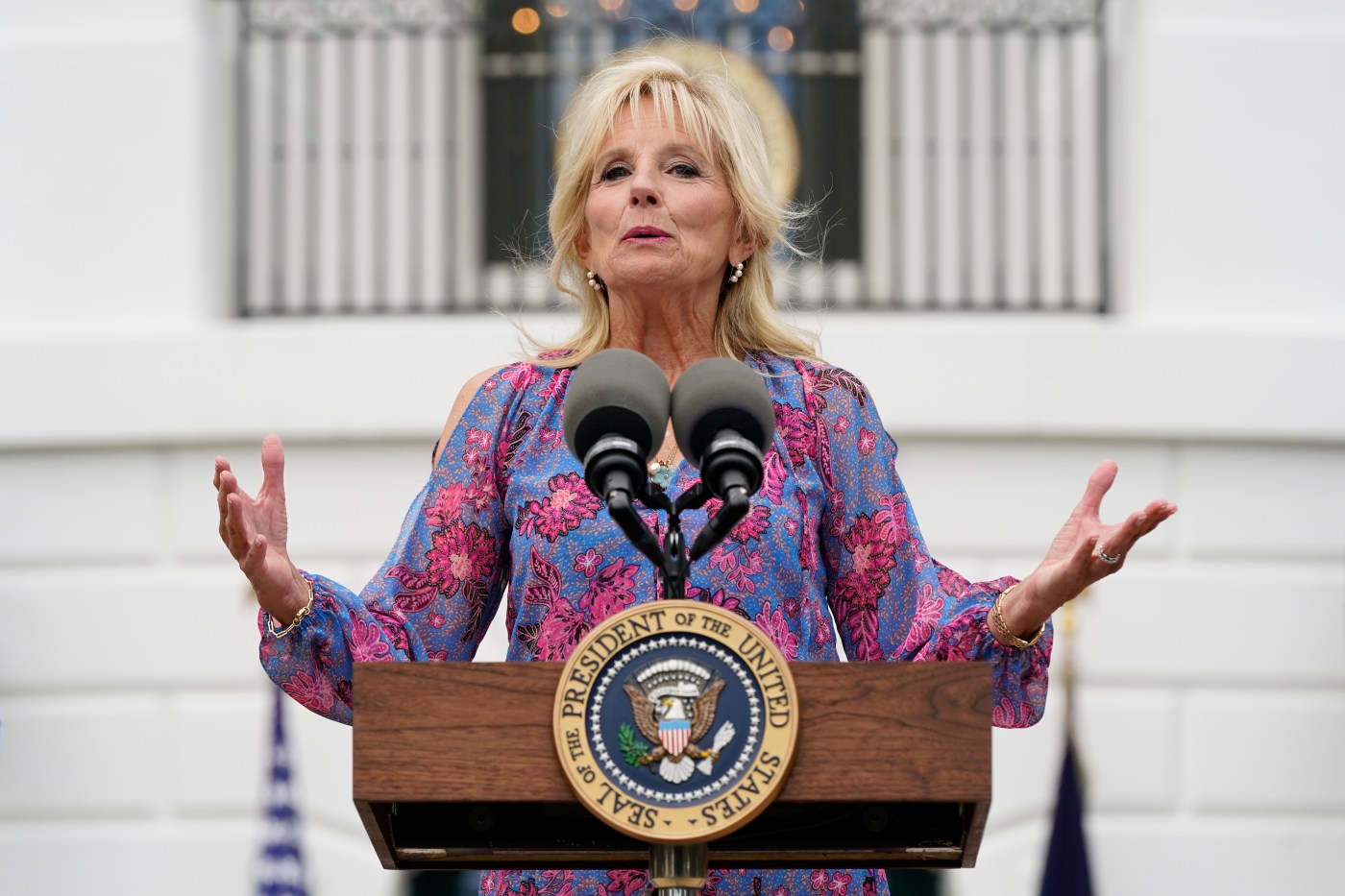 Jill Biden is supposed to be the responsible one.

When she’s not waving on the way to Air Force One with Joe Biden, the first lady is known for volunteering at a food bank, visiting the families of victims mowed down by a madman in Waukesha, Wis., and heading to Ukraine on Mother’s Day to meet with First Lady first lady Olena Zelenska.

She referred to herself as having taken on a “healing role” for the nation during her husband’s first year in office.

“I would want to know that my president and first lady cared about me,” Biden said earlier this year. “I think that’s an important part of what I do. I mean, just helping people through the tough times.”

Her husband is the gaffe machine. On Monday, Joe Biden pushed back the date of a school shooting by 100 years. “Marjory Stoneman Douglas High School in Parkland, Florida — 1918, 17 dead, 17 injured,” he said

Monday was also the day Jill pulled a Joe, praising civil rights activist Raul Yzaguirre at the annual conference of UnidosUS in a speech that turned bizarre.

“Raul helped build this organization with the understanding that the diversity of this community — as distinct as the bodegas of the Bronx, as beautiful as the blossoms of Miami, and as unique as the breakfast tacos here in San Antonio — is your strength,” Biden said.

Outrage from the left was nonexistent.

But others justly clapped back at the first lady.

Rep. Mayra Flores (R-Texas) slammed the first lady and Democrats on Twitter: “They just don’t get it. Latinos aren’t buying their liberal pandering; we care about the rising costs of housing, food, gas, issues that impact everyday Americans. No matter how loud they yell their made up words, it won’t change the reality of their failed policies.”

The National Association of Hispanic Journalists was also not amused.

“Using breakfast tacos to try to demonstrate the uniqueness of Latinos in San Antonio demonstrates a lack of cultural knowledge and sensitivity to the diversity of Latinos in the region,” NAHJ said in a statement. “NAHJ encourages Dr. Biden and her speech writing team to take the time in the future to better understand the complexities of our people and communities.”

“We are not tacos,” NAHJ added.

Had former First Lady Melania Trump uttered this phrase, the mainstream media would have been all over it. Ditto progressive gadflies like Rep. Alexandria Ocasio-Cortez. Melania Trump took a drubbing for her slogan “Be Best,” which offered no comparisons between any ethnicities and light meals.

Jill Biden’s press secretary Michael LaRosa tweeted her mea culpa Tuesday: “The First Lady apologizes that her words conveyed anything but pure admiration and love for the Latino community.”

Between Vice President Kamala Harris’s odd laughs and word salads, the president’s verbal and physical unsteadiness, and now the cringeworthy metaphor of Jill Biden, the White House does not inspire much confidence these days.

The question going forward is not so much should Biden run again, but whether approval ratings can hit single digits.