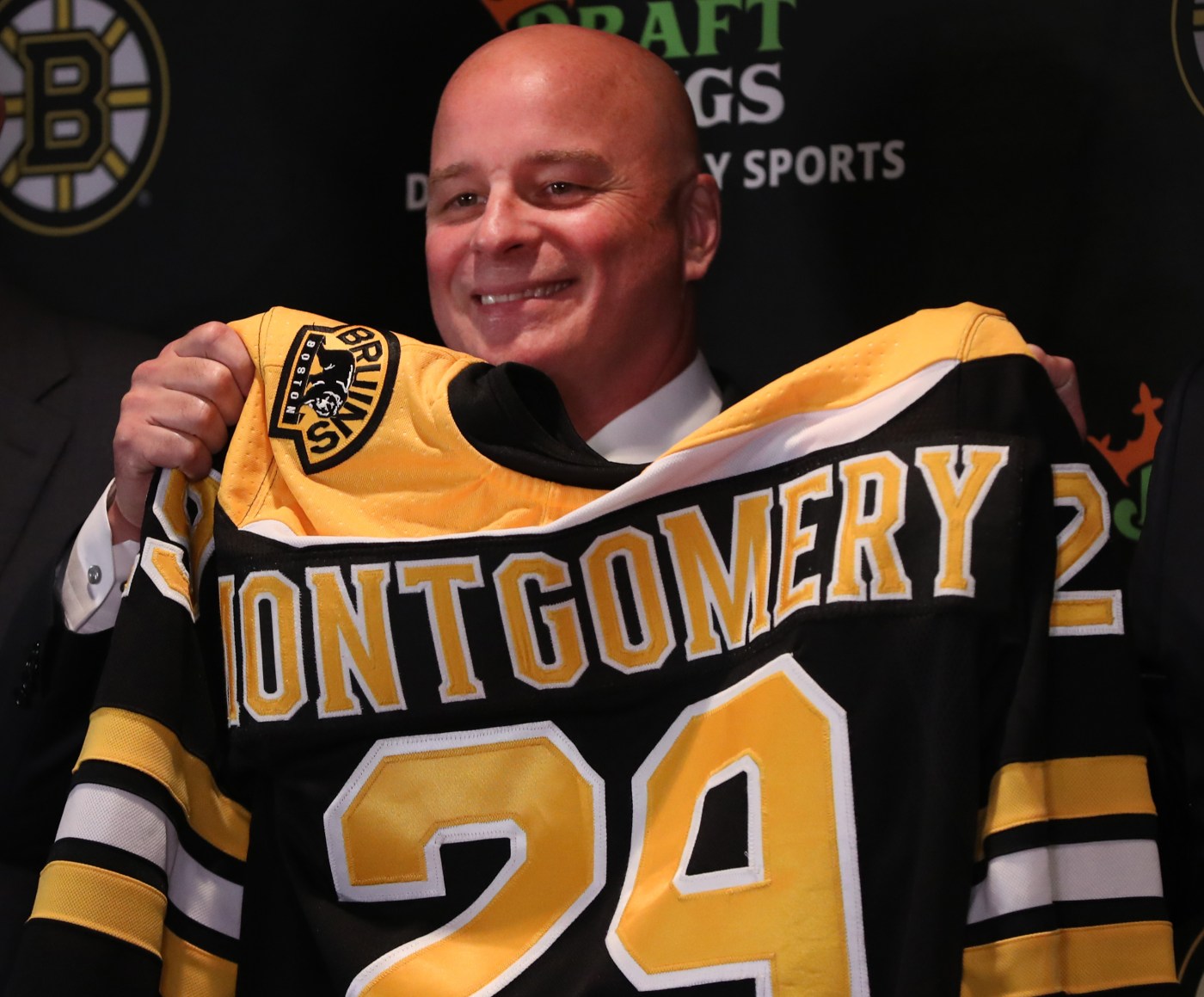 There may be no city that has been better for coaches looking for second chances than Boston. Bill Belichick, Doc Rivers, Terry Francona and Claude Julien all won championships here on what was at least their second shot at being a head coach/manager. Bruce Cassidy came up one game short.

But Jim Montgomery, introduced as the 29th head coach in Boston Bruins history on Monday at the Garden, is searching for something a little more than just another shot at winning on the ice. He is looking to succeed in a new life path that was forced on him almost three years ago.

As you may know by now, Montgomery’s promising coaching career was derailed when, in his first NHL head coaching job in Dallas, he was fired because of “unprofessional conduct” in the late fall of 2019. It was later revealed that Montgomery was struggling with alcohol abuse, for which he sought inpatient care.

In his first presser and scrum afterward, Montgomery met the questions head on, just as he did with in the interview process. In fact, GM Don Sweeney said that Montgomery didn’t wait to be asked about his history, he brought it up himself. Through a series of meetings, Sweeney came to feel that, while an alcoholic is never “over” it, Montgomery was ready for this challenge again.

“As it’s been described, you’re always a day away. That’s just what that personality and being a recovering alcoholic stands for,” said Sweeney. “What resonated was he’s done all these things, he’s been forthright every time anyone’s asked him a question. But it’s more about the path since then that he’s taken and the supports that are in place to earn a second chance. He’s obviously trying to move his career back to where it was, but being in a better place personally.”

Montgomery wouldn’t be getting this second chance, of course, if he wasn’t highly regarded as a coach. He won at the junior level with Dubuque of the USHL, he won at the collegiate level with the University of Denver, and he appeared to headed for similar success when things fell apart with the Stars. It speaks to Montgomery’s reputation as a coach that he got an assistant’s job on Craig Berube’s staff with the St. Louis Blues the following season, as did the fact that the B’s were only one of three teams that contacted him for their head coaching job.

While an alcoholic faces challenges no matter what profession he or she is in, booze has always been a part of hockey culture. Maybe not as much as it was when the mischievous Big, Bad Bruins won over hearts in the 1970s, but it’s still there. Remember that infamous bar bill the Bruins posted at Foxwoods back in 2011 when they won the Stanley Cup?

Most can have their laughs and leave it at that. For some, it becomes a problem, as it did for Montgomery. He’s immersed himself in his recovery. In his relatively short time in sobriety, he’s connected with a fellowship within the sport, including former teammates and players he’s coached who are dealing with the same issue.

“That’s incredibly therapeutic to be a part of something like that,” said Montgomery.

It took him a while to feel like he could put safely himself back in the environment.

“It probably took at least nine months, to be honest, to think that you can get back, not only in the environment, but being able to understand the culture and that that’s no longer part of your culture,” said Montgomery, who displayed an easygoing personality in his first dealings with reporters, one that has earned him many friends within the sport.

His history was a big part of the interview process, said Montgomery.

“It was a long conversation,” said Montgomery, who has four young children with wife Emily. “And I don’t think it was only one. It was probably three separate conversations and I think they realized for me in my life that sobriety, family and hockey are the three most important things now.”

But being head coach of the Boston Bruins carries just a little more pressure than being an assistant in St. Louis. Sweeney believes his new coach has the support system in place to deal with that.

The GM had to be confident that Montgomery was in a good place. While you can’t exactly say that Sweeney is on the hot seat after just signing an extension, he’s certainly being watched closely these days after some fruitless drafts and canning a popular coach in Bruce Cassidy. He could have gone a safer route and still hired a good coach in either David Quinn or Jay Leach.

But Sweeney believes he hired the best man to do the job. And there are a lot of people in the hockey world who are rooting for that to be true.