Todays Though > News > Jimmy Butler, Bam Adebayo back for Heat vs. Lakers; Kyle Lowry out due to personal reasons – Boston Herald
News

Jimmy Butler, Bam Adebayo back for Heat vs. Lakers; Kyle Lowry out due to personal reasons – Boston Herald 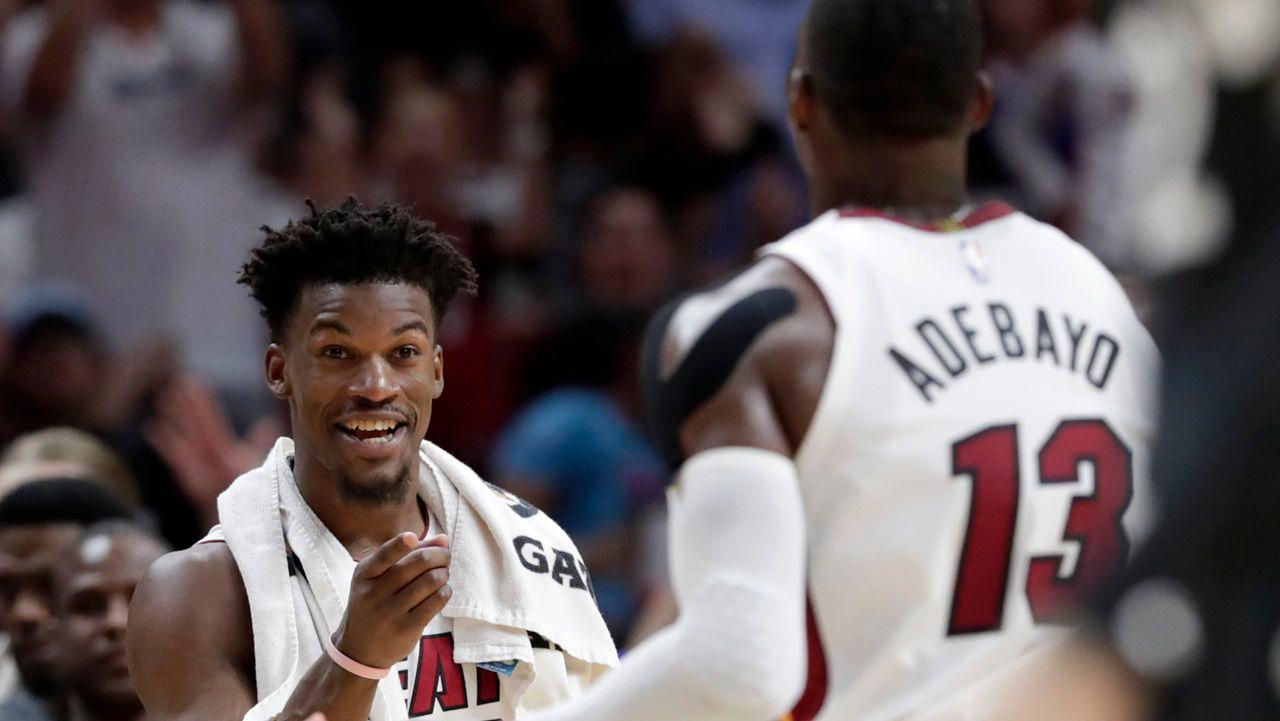 Miami Heat forward Jimmy Butler was back Wednesday night from the ankle sprain sustained in the first half of Friday night’s loss to the visiting Indiana Pacers.

Also held out of Monday night’s victory over the visiting Minnesota Timberwolves, Butler had missed 11 of the Heat’s previous 19 games before returning Wednesday night against the visiting Los Angeles Lakers.

Butler had been listed as questionable earlier in the day.

Center Bam Adebayo, who missed Monday night’s game due to a non-COVID illness, again was available Wednesday night, despite being listed as questionable earlier in the day due to a sprained right shoulder.

The Heat, however, were without starting point guard Kyle Lowry, due to personal reasons. Lowry missed extensive time last season due to a personal matter. No other information was made available by the team.

Gabe Vincent was elevated into the starting lineup in place of Lowry.

Forward Caleb Martin (ankle) and Vincent (knee), both of whom had been on the injury report, were cleared to play, as was seldom-used big man Udonis Haslem (Achilles).

With the game against the Lakers closing out a four-game homestand, the Heat next open a five-game western swing Friday night against the Denver Nuggets, a trip that also includes games against the Utah Jazz, Los Angeles Clippers, Lakers and Phoenix Suns.

In addition to Butler and Adebayo being back for the Heat, the Lakers also upgraded their primary piece from the injury report, with LeBron James cleared to play on the second night of Los Angeles’ back-to-back set, with the Lakers having won on the road Tuesday night against the Orlando Magic.

James had been listed as questionable earlier in the day.

James last season scored 33 points in the Lakers’ lone visit to Miami, having scored 51 points in his first visit as a member of the Lakers in 2018.

As a member of the Lakers, James, who helped the Heat to 2012 and ‘13 NBA titles, went into Wednesday night having scored 25 or more in five of his six previous games against the Heat.

The Lakers remained without forward Anthony Davis, who is dealing with a stress fracture in his right foot.