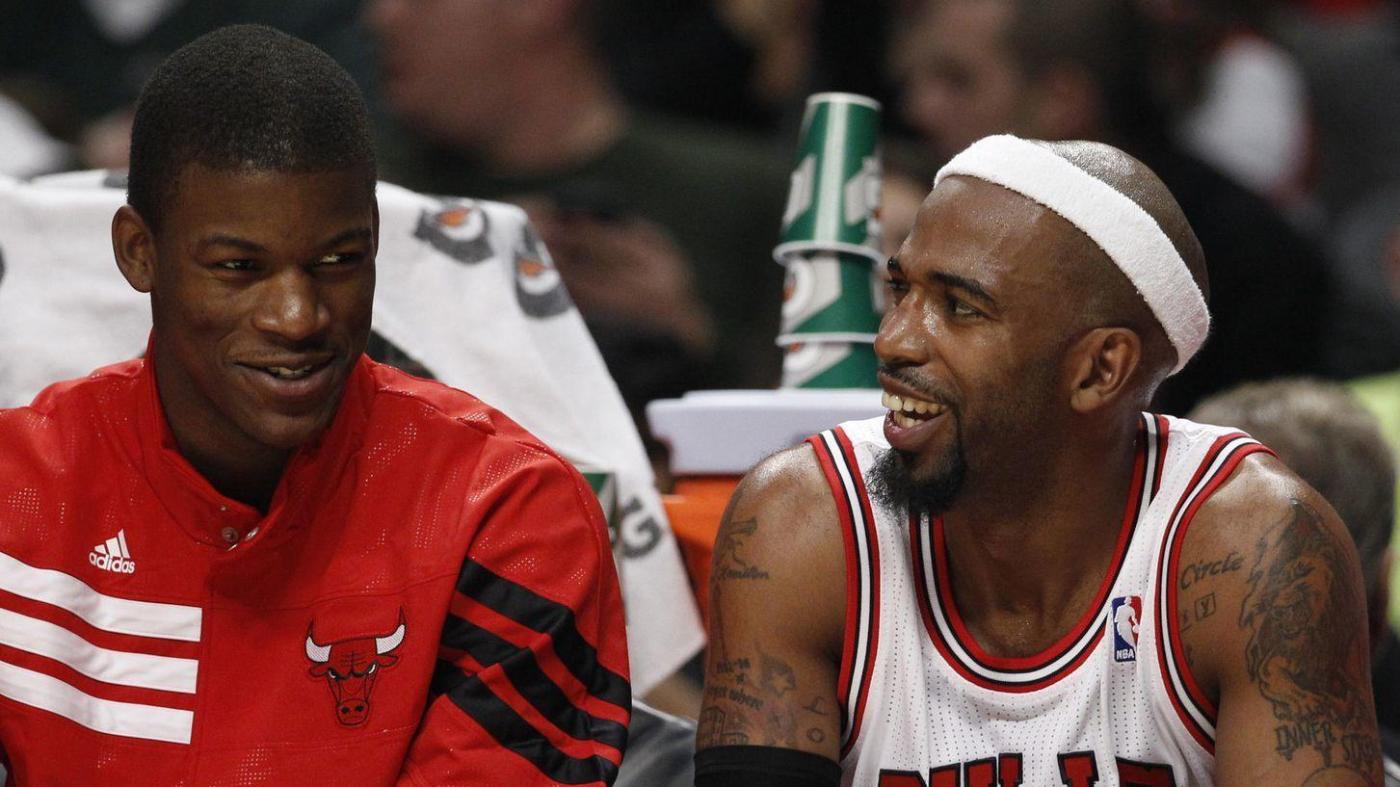 Richard Hamilton’s championship impact came with the Detroit Pistons in 2004.

Asked about his six steals in Wednesday night’s victory over the Los Angeles Lakers, the most this season by a Miami Heat player, Butler credited Hamilton with instilling such focus during Butler’s first two NBA seasons.

“I think it’s always been a thing,” Butler said of hunting for steals. “But I think that comes from Richard Hamilton, actually, who taught me at a young age. Because I wasn’t that good whenever I came into the league, like nobody wanted to pass me the ball.”

While the scoring has increased significantly for Butler since those initial NBA days, carrying a team-leading 22-point average into Friday night’s game against the Denver Nuggets at the start of a five-game trip, Butler said Hamilton’s wisdom remains sacrosanct.

“And,” Butler said of the three-time former All-Star, “he always told me like, ‘If you want to score and if you want to get the ball, play good defense and get a steal, go get a layup. Or crash the boards and get an offensive rebound. Nobody’s going to pass it to you, so you got to go get it.’

“And, to this day, that sticks in my head, like if I want to be able to go shoot the ball, go get it and get an easy one, get a layup or get an offensive rebound.”

When it comes to Butler’s offense, he now has shot at least 50 percent from the field in a career-high 10 consecutive appearances, a .596 from the field over that span.

After arriving back in South Florida too late for Wednesday night’s victory over the visiting Lakers, point guard Kyle Lowry took flight with the team for the five-game trip.

The only players not traveling were centers Dewayne Dedmon and Omer Yurtseven.

Dedmon has missed the past three games with the recurring plantar fasciitis in his left foot. Yurtseven has been sidelined since November ankle surgery.

The absence of those two means that two-way player Orlando Robinson likely will remain in the Heat rotation as the primary backup to starting center Bam Adebayo.

The Heat said earlier this month that the plan was to have Butler, due to knee maintenance, play in only one of the back-to-back games that open the five-game trip, either Friday in Denver or Saturday against the Utah Jazz. The Heat then do not have another back-to-back set until February.

Butler is listed as probable for Friday, making it likely he sits out Saturday in Utah.

The Heat go into Denver having swept back-to-back sets three times this season, splitting twice and losing both games twice.

Butler had missed Monday night’s home victory over the Minnesota Timberwolves due to an ankle sprain but said Wednesday he was over that ailment.

The Heat’s injury report for Friday has Dedmon and Yurtseven out; Caleb Martin (ankle) and Udonis Haslem (Achilles) questionable; and Butler, Nikola Jovic (back) and Gabe Vincent (knee) probable.

While the shooting has been off for Tyler Herro the past two games, at a combined 13 of 36 from the field, he has compensated with 17 assists, including nine against the Lakers.

“From game to game, there’s different coverages and different things I have to look at,” Herro said. “So I’m getting sped up sometimes here and there. But, for the most part, the game’s really slowing down.”