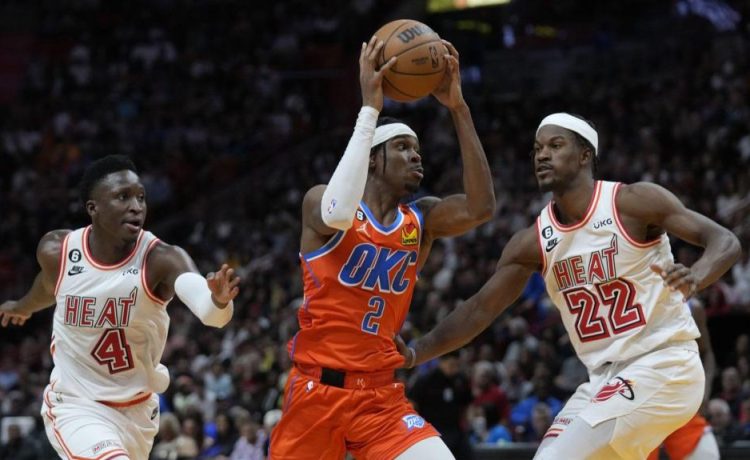 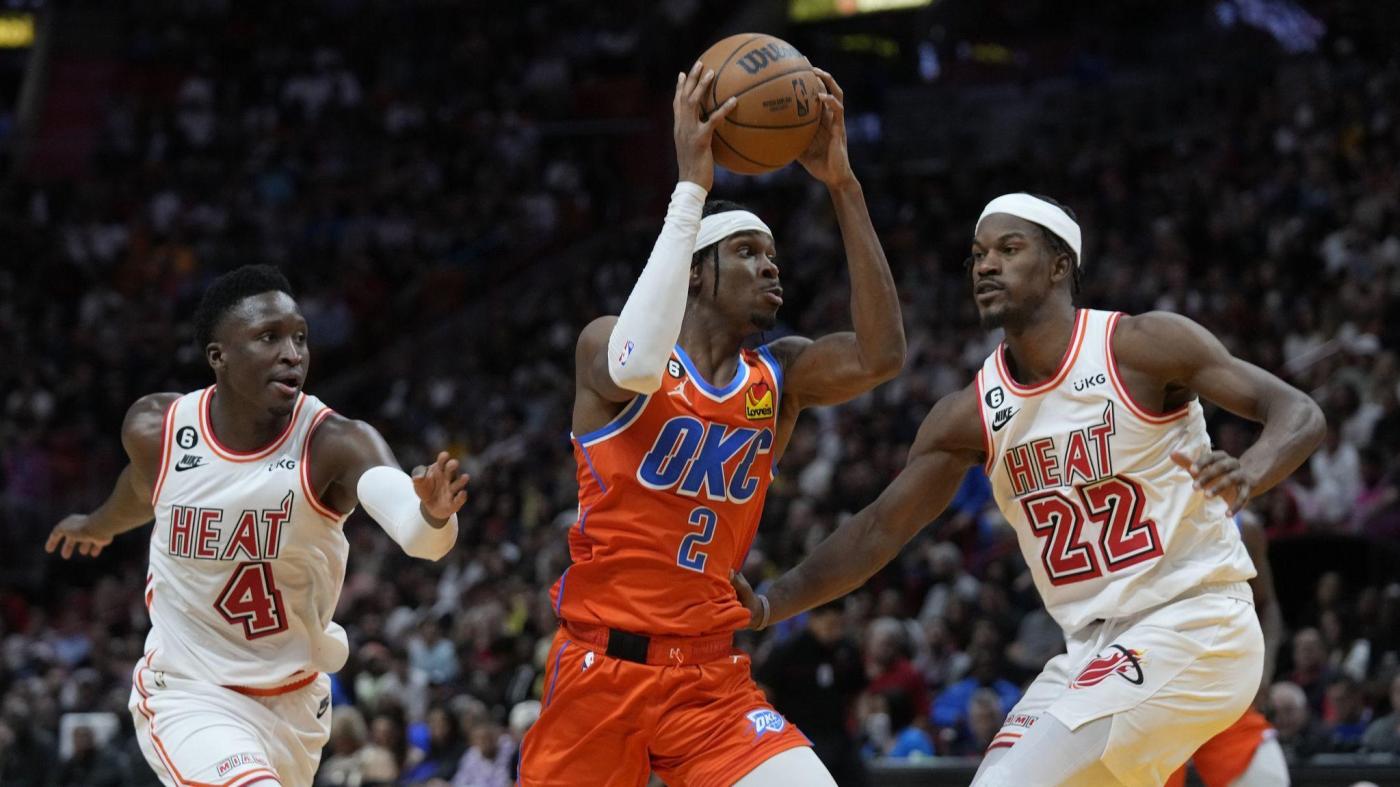 If they had played enough games this season to meet the NBA’s qualifying criteria, Jimmy Butler would have woken Thursday leading the league in steals per game, with Victor Oladipo fourth.

Such is the cost of lost time for the two veterans.

But such also has been the toll for opponents this season, with the Miami Heat entering Thursday third in the league in steals per game, also forcing the league’s third most turnovers.

What has made the thievery so unique is the divergent approaches.

Butler plays the passing lanes, laying in wait to pounce.

Oladipo is more handsy, reaching, robbing and then running.

It has allowed the Heat to compensate for an uneven halfcourt defense and also create more open-court opportunities for an offense that otherwise tends to bog down.

“Jimmy kind of gets in the brain of like whatever the other team is trying to get to, and then he just waits for you to make any kind of mistake,” coach Erik Spoelstra said, with the Heat hosting the Milwaukee Bucks on Thursday night. “And he may wait eight straight minutes before he pounces on a mistake. Vic is just [Spoelstra snaps fingers], every single possession. His lateral quickness and speed is so uncommon and he’s really getting that back, to who he used to be.”

Having missed the season’s first two months to knee pain, and still working back from years of surgical procedures, Oladipo’s initial steals this season came out of the Heat’s zone defense. But now, even while tracking in man-to-man coverage, the fast hands are making a difference.

“I remember, I guess two seasons ago, I was watching all his defensive clips when he was All-Defense,” Spoelstra said of when the Heat landed Oladipo from the Houston Rockets at the 2021 NBA trading deadline for Kelly Olynyk and Avery Bradley. “That’s when we first acquired him. And I’ve literally seen nothing like it.

Spoelstra, though, warned not to undersell Butler on the ball, just as Oladipo should not be discounted in the passing lanes.

“Jimmy is really great, unique on the ball, as well,” Spoelstra said. “He’s just so smart and knows when to challenge, and when to go for a steal, and he does it in a way where he almost never fouls, which just shows you he has an incredible mind.

“But I think Vic is only going to get better as he understands our system, and how he can really make an impact and be disruptive defensively.”

So now the Heat have found a partner in crime for Butler, with the two hoping to steal into the nights over the second half of the season.

“I think Vic is an incredible on-ball defender, and off-ball defender. You have to give him credit for that, as well,” Butler said. “But he tends to think like I think on that side of the court, where it is: I’m going to let my defense dictate my offense. If I get a steal, get it to the open floor, see that ball go in, that’s an easy one.

“He does that at a high level.”

Ultimately, it has become a case of the Heat taking what they can get.

“That’s a big part of our identity,” Spoelstra said. “This group, this team, for us to really be our best version defensively, we have to be extremely disruptive. And when we’re getting deflections, when we’re speeding teams up, when we’re getting them out of what they normally like to do, regardless of the scheme, those games have a better tenor for us and way more to our identity.

“Now, we still have our bedrock principles of protecting the paint, protecting the rim and finishing off plays. But that definitely has been a bit more of a complexion of this group.”