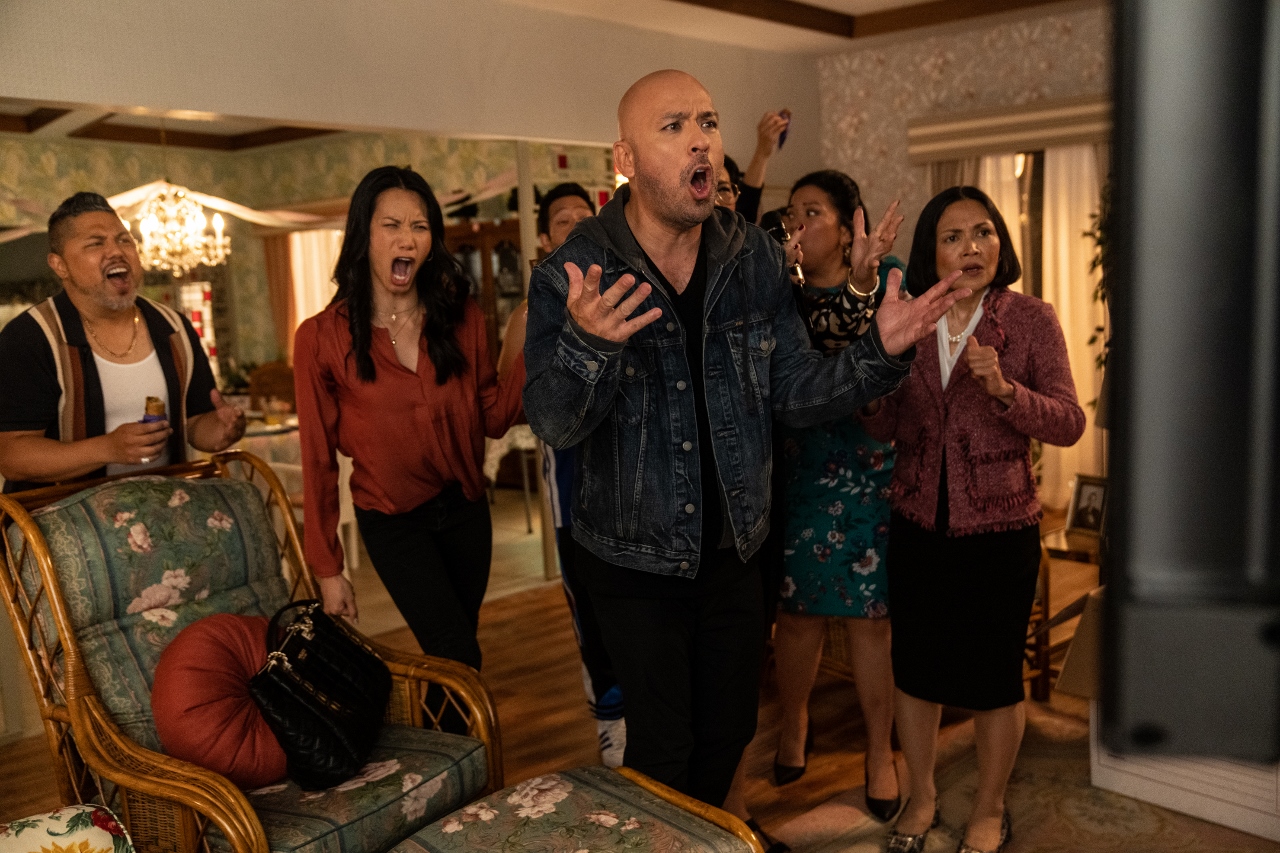 A comedy about a Filipino-American family getting together for the Catholic holiday, “Easter Sunday” scores like a Filipino version of “My Big Fat Greek Wedding.”

Koy is a struggling comic hoping to star in a network series while reluctantly trying to please his demanding mother, bond with his teenage son and keep peace among a feuding aunt, cousins and a mobster.

“I was given this opportunity from Mr. Spielberg when he invited me in the Amblin office to pitch this story,” Koy said.

“You’re talking about 33 years of telling my story and talking about my culture for so long — and then always getting the note, ‘It’s too specific to Filipino culture’ and ‘No one’s going to get it.’

“That sucks,” he continued. “You feel like you’re not being seen. And with this now, finally, 33 years later, you’re going to be noticed. Being specific is also relatable!

“No matter what ethnicity you are, you relate — because you had a sister like that, you had a fiancé like that,” he said, adding, “We’re Filipino. You’re going to learn about our culture.

“But on top of that, you’re also going to relate. You’re going to be like, ‘Oh, my mom’s just like his mom. Oh, my son’s just like him.’ You know what I mean? That’s the beauty of this movie.”

“Just look at how long that they were in this business where they would be typecast and a lot of stereotypes would be played on them,” Koy reflected.

“We can laugh about it but unfortunately, that’s the way it’s been in Hollywood. It’s not cool. For someone like Tia Carrere (of Spanish, Filipino and Chinese descent) to say, ‘I’ve been in this business 40 years and this is the first time I ever played a character that was described as Filipino American’? Sad, you know.

“But now we get to celebrate. We get to finally hear our voices, see our people on the big screen and understand that these stories are all relatable.”