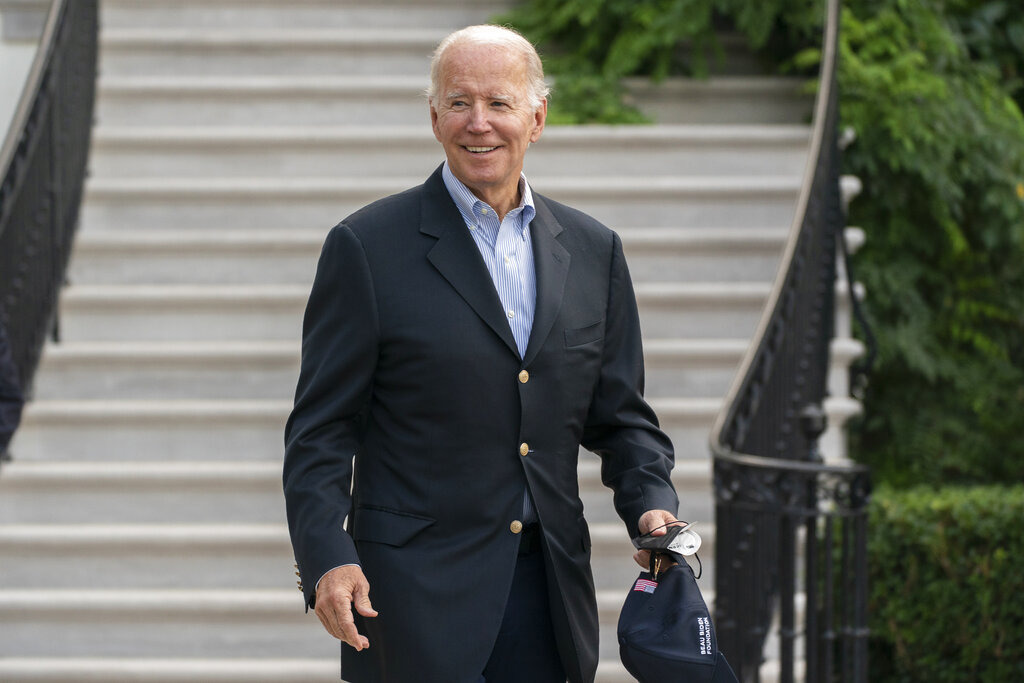 Every dog has his day, and apparently so does every miserably inadequate president.

Joe Biden, who has been out-of-touch, tone-deaf and disturbingly incompetent from the outset of his presidency, suddenly has the “Big Mojo,” or at least the “Moderate-Sized This-Isn’t-Quite-the Legislative-Debacle-We-Expected Mojo.”

The climate and health care spending deal forged by Senate Majority Leader Chuck Schumer and longtime Democratic holdout Joe Manchin has revived talk in the media and among Democrats of Biden’s transformative agenda — if not quite FDR- or LBJ-level, substantial and to be reckoned with.

There’s no doubt that Biden has spent a lot of money between the so-called $1.9 trillion COVID relief package and now the $700 billion in the latest bill.

The Schumer-Manchin bill, though, is a shadow of the original sprawling proposal that constituted nearly the entire progressive wish list, from free community college to universal pre-K to expanded parental leave, stuffed into one legislative casing.

The scaled-back version is a not particularly coherent combination of whatever Joe Manchin and his fellow resistant Democrat, Kyrsten Sinema of Arizona, were willing to support.

Its claim to reduce inflation is a joke; its deficit reduction is backloaded and has already been vitiated by other unpaid-for spending; its taxes will hit Americans earning less than $400,000-a-year, despite Biden’s promises; its electric car subsidies are frustrated by its own requirements that key components not come from China — requirements that no car can currently meet.

The bill doesn’t remove any of the doubts about Biden, whose main contribution to the process of cutting the deal was to stay out of the way.

Otherwise, the president still hasn’t successfully made the public case for anything.

His agenda has been almost entirely removed from the concerns of ordinary Americans. The title of the new spending bill is a nod to inflation, but what it really offers Americans groaning under double-digit price increases in key goods is — just what they need — more solar panels and wind turbines.

Of course, Biden’s first big achievement, the COVID bill, turned out to be most consequential for what it did to stoke an inflation that has disrupted the lives of much of the country and eroded its standard of living.

It is this failure, more than the border or Afghanistan, that has sent Biden below 40% approval in most polls. It’s one thing to sag in popularity before a midterm election — that’s normal. It’s quite another to convince most everyone in the country, including members of your own party, that you are unsuited to running for president again.

Perhaps it makes Biden’s legislative achievements all the more impressive that he’s been able to manage them while simultaneously cratering. If that’s a distinction of sorts, it’s not one any president should welcome.

Rich Lowry is editor in chief of the National Review.