Joe Tsai meets with Kyrie Irving, says Nets star does not have ‘beliefs of hate towards Jewish people’ – Boston Herald 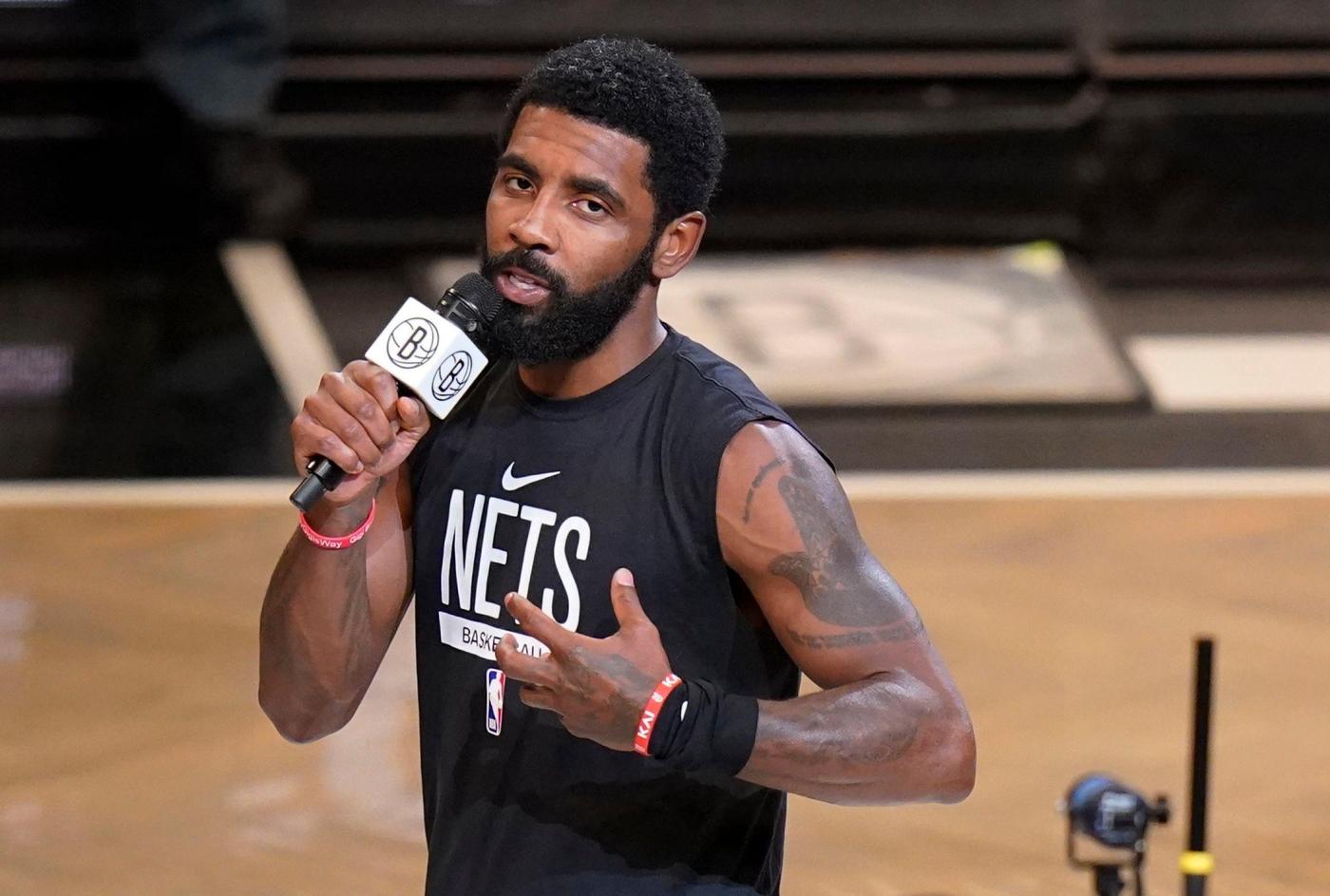 There is momentum suggesting suspended Nets star Kyrie Irving could make his way back to the court soon — though not soon enough to rejoin the team during their upcoming four-game road trip.

Irving has met with league officials — including NBA commissioner Adam Silver, Nets owner Joe Tsai and the National Basketball Players’ Association — this week, and the players’ union is optimistic for a resolution to Irving’s suspension “very soon,” according to an email sent to its members on Friday.

After meeting with Irving on Thursday, Tsai tweeted he does not believe his star point guard has antisemitic beliefs.

“We spent quality time to understand each other and it’s clear to me that Kyrie does not have any beliefs of hate towards Jewish people or any group,” he tweeted Friday. “The Nets and Kyrie, together with the NBA and NBPA, are working constructively towards a process of forgiveness, healing and education.”

Irving met with Silver, who is Jewish, on Tuesday. The commissioner told The New York Times he has “no doubt” Irving is not antisemitic.

“Whether or not he is antisemitic is not relevant to the damage caused by the posting of hateful content,” Silver said.

This brings us to the terms of Irving’s reinstatement, which newly promoted head coach Jacque Vaughn declined to touch with a 20-foot pole after Nets practice on Friday, saying he is only focusing on the group available, declining to even get into basketball questions about a Nets team that has won more games without Irving (3-1) this season than they have with him (2-6).

The Nets deemed Irving “unfit to be associated with” the franchise and suspended him for a minimum of five games for “failure to disavow antisemitism when given a clear opportunity to do so” after he posted the link to the controversial film “Hebrews to Negroes: Wake Up Black America” with no caption on both his Instagram story and his Twitter feeds on Oct. 27.

The film is rife with antisemitic tropes and the Nets handed down his suspension on Nov. 3. Game 6 of his suspension, in theory, would be against the Los Angeles Lakers on Sunday. Vaughn said “no update — nothing’s changed from the last game” when asked whether or not Irving will travel with the team during their four-game West Coast trip.

“I have not talked to him,” Vaughn said. “The focus has been on this group, and I think that’s sometimes the best: give someone space and focus on the task and the group at hand.”

As a condition of Irving’s reinstatement, however, the Nets have reportedly asked that Irving condemn the film he shared, make a $500,000 donation to anti-hate causes, complete sensitivity training and antisemitic training, meet with both the Anti-Defamation League (ADL) and Brooklyn’s Jewish leadership, as well as meet with Tsai.

Those terms activated the players’ union. Silver suggested there is some middle ground to be found in the criteria Irving must meet to play for the Nets again.

“He’s someone I’ve known for a decade, and I’ve never heard an antisemitic word from him or, frankly, hate directed at any group,” Silver told The Times on Thursday. “I think that what I understand where things stand is the Nets are looking to make this into a partnership between them and Kyrie as to what remediation is appropriate. Because what is most important here is that the remorse be truly authentic and genuine. And I think that will best come by conditions that are agreed to upon as opposed to imposed on him.”

NBPA vice president and Celtics star Jaylen Brown spoke on behalf of the union against the Nets’ checklist for Irving to return.

“I’m expecting the player’s union to appeal the suspension from Brooklyn,” Brown told The Boston Globe. “The terms for his return, they seem like a lot, and a lot of the players expressed discomfort with the terms.”

“I don’t think people in our governing bodies think he’s antisemitic. He made a mistake. We understand from an outside perspective how important sensitivity is to not condone hate speech and not condone anything of that nature.”

Lakers star and NBA figurehead LeBron James also tweeted in support of getting Irving back on the floor, though that support came several days after he condemned Irving’s actions.

“I told you guys that I don’t believe in sharing hurtful information. And I’ll continue to be that way but Kyrie apologized and he should be able to play,” James tweeted on Thursday. “That’s what I think. It’s that simple. Help him learn — but he should be playing.

“What he’s asked to do to get back on the floor I think is excessive IMO. He’s not the person that’s being portrayed of him.”

While it remains unclear when Irving will take the court again, it’s clear Irving has proven to the relevant parties that he does not hold any anti-Jewish beliefs.

“I’m very encouraged by the progress that’s been made. Thanks to all involved (Irving, the NBA, the Nets, the player’s union, and Tsai) for their openness and willingness to work towards a positive outcome,” ADL CEO Jonathan Greenblatt tweeted on Friday. “The Black and Jewish communities have so much in common, it’s critical that we come together and heal so that we can stop the spread of hate. All of us at ADL are ready to engage towards a better future for all.”

The players’ union believes it has both all NBA players’ best interests in mind.

“Kyrie’s rights, and the rights of all future players, have been protected at every turn,” the NBPA wrote in Friday’s memo, adding that the union “look(s) forward very toon to a resolution of all matters satisfactory to all parties.”

Irving is averaging 27 points, five rebounds and five assists per game for the Nets this season.