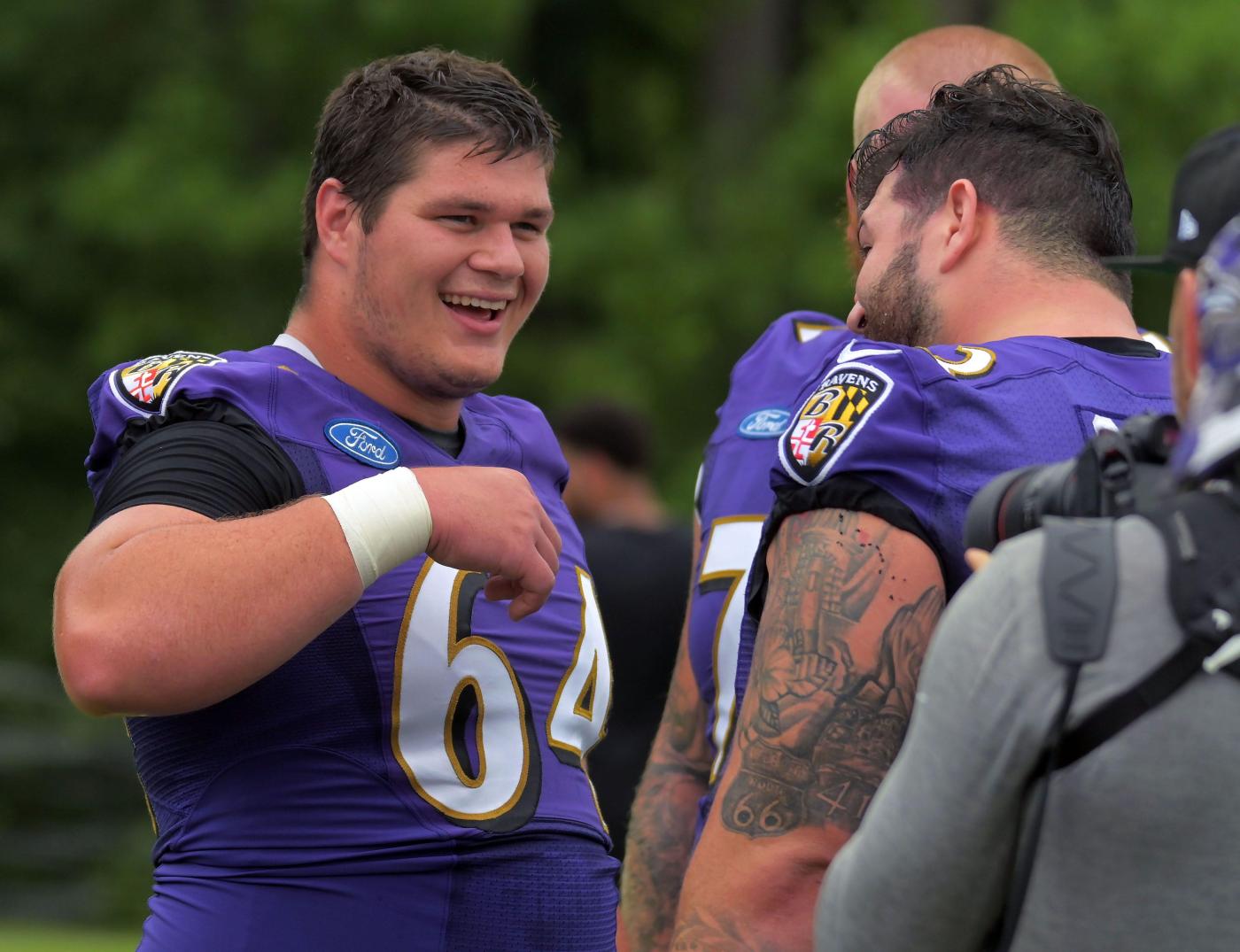 Ravens rookie center Tyler Linderbaum is recovering from a soft-tissue injury in his foot, coach John Harbaugh said Monday, but not a Lisfranc sprain.

The clarification came at Monday’s post-practice news conference, where Harbaugh was asked about a recent NFL Network report that said the first-round pick had suffered a Lisfranc sprain, not the more serious fracture.

Linderbaum left practice early on Thursday after coming up sore during a running drill. Harbaugh said X-rays on his foot came back negative, and an MRI later confirmed that it was “not a serious thing.” Harbaugh said Friday that Linderbaum would miss one to two weeks.

Linderbaum reportedly played through a Lisfranc injury at Iowa. Lisfranc injuries result from broken bones in the midfoot or torn ligaments that support the midfoot. Former Ravens wide receiver Marquise “Hollywood” Brown missed the Ravens’ offseason workouts as a rookie while recovering from surgery on a Lisfranc injury.

“It’s a different ligament,” Harbaugh said Monday of Linderbaum’s injury. “So he’s had the Lisfranc before. There’s no separation. There’s no Lisfranc sprain, per se. That’s my understanding. I’m not a doctor, but I play one in press conferences, as you know. But that’s what I was told.”

Harbaugh said the injury was “not a serious injury.” He added: “We want it to be right and healed, so it’s going to take a little bit of time, but it’s not a Lisfranc.”

Linderbaum, the No. 25 overall pick in the NFL draft, has been projected to open the season as the Ravens’ starting center. The team opens its preseason slate Thursday against the Tennessee Titans.