Todays Though > News > Johnny Cueto feeling ‘much better’ ahead of Thursday’s start, while Michael Kopech aims to help the Chicago White Sox down the stretch
News

Johnny Cueto feeling ‘much better’ ahead of Thursday’s start, while Michael Kopech aims to help the Chicago White Sox down the stretch 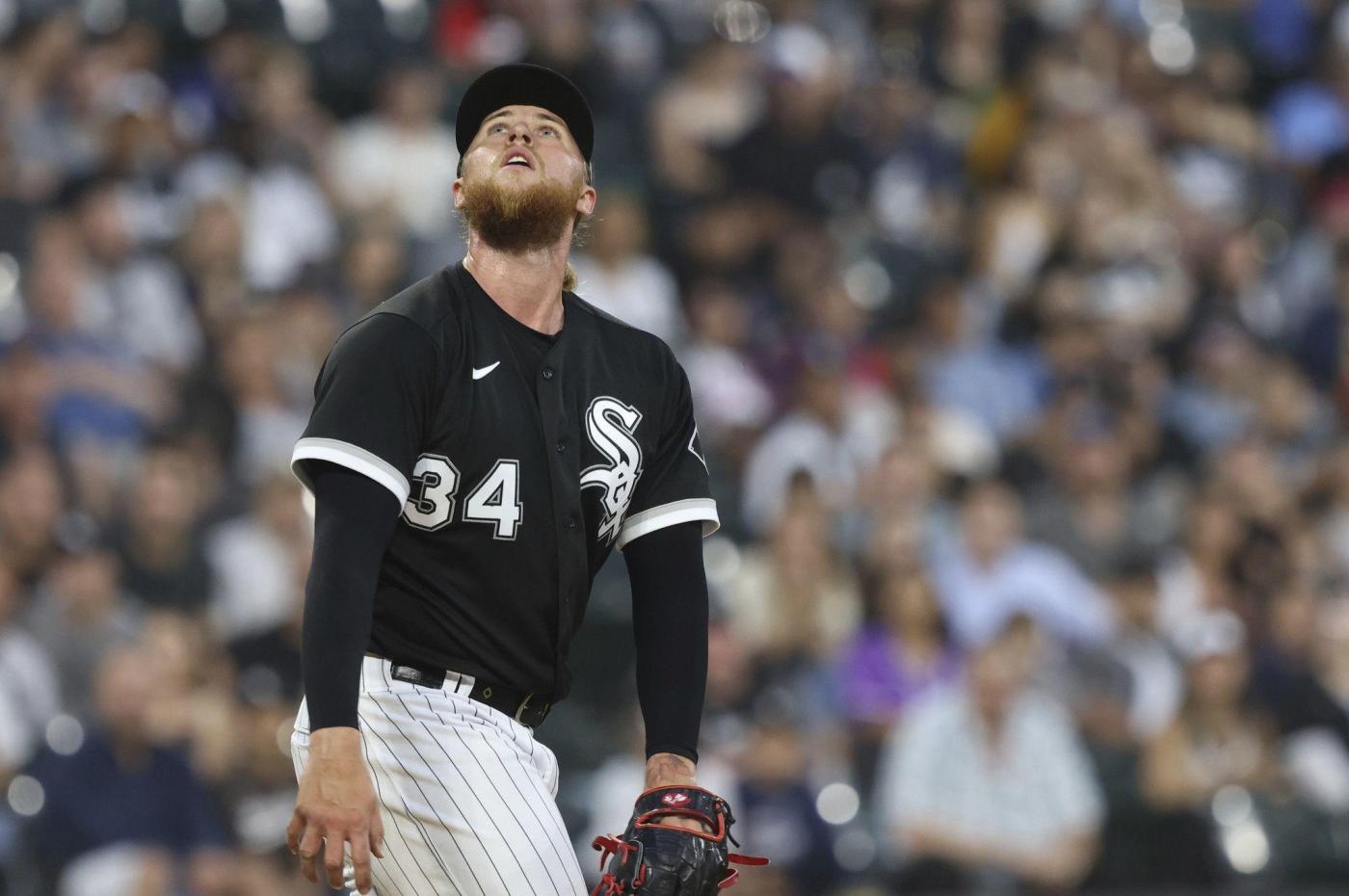 One of Johnny Cueto’s most impressive outings — in a season filled with them — came Aug. 20 in Cleveland.

The Chicago White Sox starter allowed a single to leadoff batter Steven Kwan and didn’t give up another hit until the fifth, when Oscar Gonzalez singled with one out.

Cueto exited with two outs in the ninth, and closer Liam Hendriks struck out the final batter in a 2-0 victory at Progressive Field. Cueto allowed five hits, four of them singles, in the win.

Cueto has been a key member of the rotation after signing a minor-league deal late in spring training and joining the major-league team in mid-May.

He was unable to make his most recent scheduled start last weekend in Detroit because he was under the weather, but he’s in line to pitch Thursday’s series finale against the Guardians at Guaranteed Rate Field.

“I feel good, much better,” Cueto said through an interpreter before Tuesday’s game.

“I felt weak and my vision wasn’t right,” he said. “Body aches too.”

As for being ready for Thursday, Cueto said, “Yes, with God’s grace.”

The Sox had to shuffle the rotation during the weekend without Cueto and Michael Kopech, who went on the 15-day injured list Saturday with right shoulder inflammation.

“I’ve had a heavier workload this year,” Kopech said Sunday in Detroit. “I’ve been working through a little bit of general soreness over the course of the season. It’s been taking me a little bit longer to get loose.

“Threw that bullpen (session Thursday in) Cleveland and just felt like I never could get loose. For precautionary reasons, I wanted to make sure that I wasn’t doing anything to cause potential damage. So the team had me shut down for a little while.

“It’s a really tough timing to do that. Exciting that Davis (Martin) came in and did what he did for us (allowing one run on three hits in six innings Saturday), but I know it puts us in a position. I wish I didn’t have to do that. But that being said, we still have a push to make and our bullpen has been picking us up a lot this year. Hopefully they continue to do so.”

Kopech said he hasn’t had shoulder issues before.

“I wouldn’t say this is an issue either, as much as it’s a hill to climb,” he said.

Kopech, who is 5-9 with a 3.54 ERA in 25 starts after spending most of last season in the bullpen, would like to be in a position to aid the team.

“It’s hard to push through something if you know it’s not feeling right,” he said. “I’m probably glad I’m taking the time. I wish it would have come at a different time, but that’s where we are right now. As long as I’m not causing long-term damage, I’m going to come back and give the team what I’ve got here at the end.

“We have a team goal in mind and I’m still very much fixed on that goal. If we can make a push here in the next two weeks or so, then when I have a chance, I would like to be a part of it. We have a special team here and unfortunately it’s coming down to the wire. But we know what we want to do.”

The Sox were scheduled to start a six-game homestand Tuesday with the first of three critical games against the first-place Guardians. They entered the day trailing by four games in the American League Central.

“It is a crunch time, but it is another game,” Cairo said of the mindset entering the stretch. “Just put it that way, one game at a time. Something they’ve been doing. They’re going out there, playing hard, they’re getting good at-bats, playing good defense. We’ve been pitching good. We’ve just got to repeat and keep doing it.”