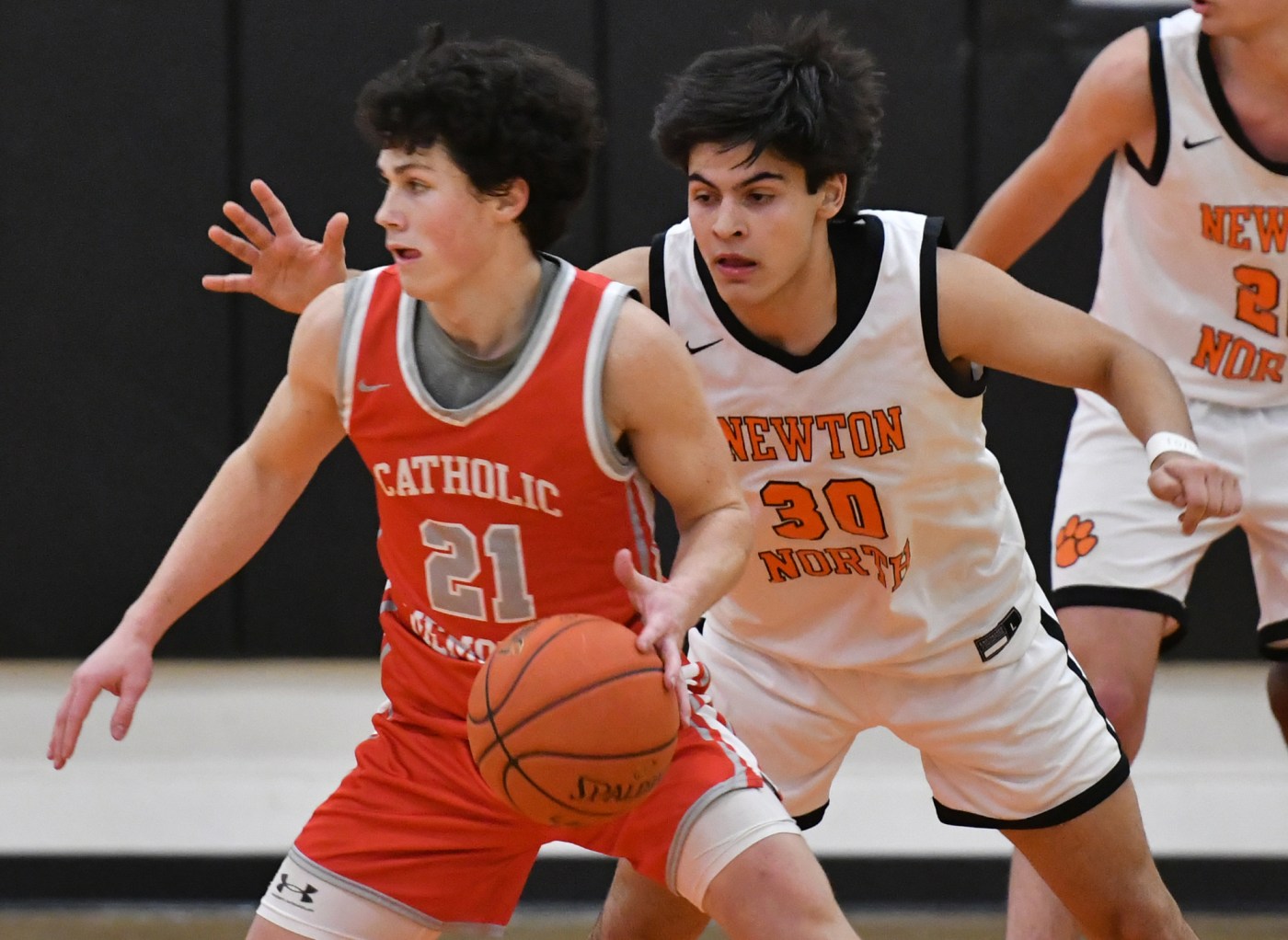 NEWTON — Dating all the way back to his days as a youth basketball player, Jose Padilla had always dreamed of making the big play at Newton North’s annual holiday tournament. Due to extenuating circumstances, however, he and his teammates had never really been able to take in the full experience.

On Thursday, the Tigers had their opportunity to host the Garden City championship in front of a packed house, and Padilla seized advantage of the moment. The senior captain drilled a game-ending three-pointer at the buzzer, finishing with 23 points as Newton North captured the title with an unforgettable 61-58 overtime victory over Catholic Memorial.

“That was a classic,” said Newton North coach Paul Connolly. “Overtime game, we jumped out. They came back. It came down to the end, and wow, Jose Padilla, man. I’ve been saying it, if he’s not the best guard for us ever, he’s one of the top players in the state. He makes plays like that. He’s been doing it over and over. He’s a great leader in our school. He’s just a solid, solid kid and a great player. So, no surprise with how hard he works, that that shot goes in. That was a classic high school basketball game.”

Most were tapping Thursday night’s title game as a preview as to what Massachusetts high school basketball fans could be expecting in March, and it delivered with flying colors. As noted by Connolly, Newton North (5-0) controlled the tempo early, taking a 14-6 lead into the second quarter.

However, Catholic Memorial responded. The Knights opened the ensuing stanza on a 17-9 run, as Ryan Higgins knocked down a triple to even the score at 23-all with 3:02 left in the first half. From that point on, the programs traded punches until the end of regulation.

Down two with only seconds remaining, Catholic Memorial found itself in need of a desperation bucket. Higgins came through in the clutch with a layup to tie the game at 54-all, forcing the overtime session.

The programs had gone back and forth all night, and that continued until the waning moments, when Catholic Memorial’s Matthew St. Martin stepped to the free throw line, needing to hit both shots to extend the game. The junior succeeded, tying the game once again at 58-58 with 4.2 seconds left.

But that was all the time the Tigers needed. Will Davis fired an inbounds pass to Padilla. The senior proceeded to sprint coast-to-coast, firing up an off-balance prayer at the horn. The shot fell, sending fans into pandemonium.

Padilla scored 16 of his 23 points in the second half, while Davis finished with a double-double (12 points, 12 rebounds) to propel the Tigers.

“I saw four seconds on the clock,” Padilla said afterward. “I wanted the ball. I wanted to shoot the shot. (At the end) of the fourth, I missed the shot to end the game, but I wanted to shoot it (again). They gave me space, I shot it and it went in. It was a great game. They’re a very good team, (there was) good energy in the gym. It was definitely a good environment.”