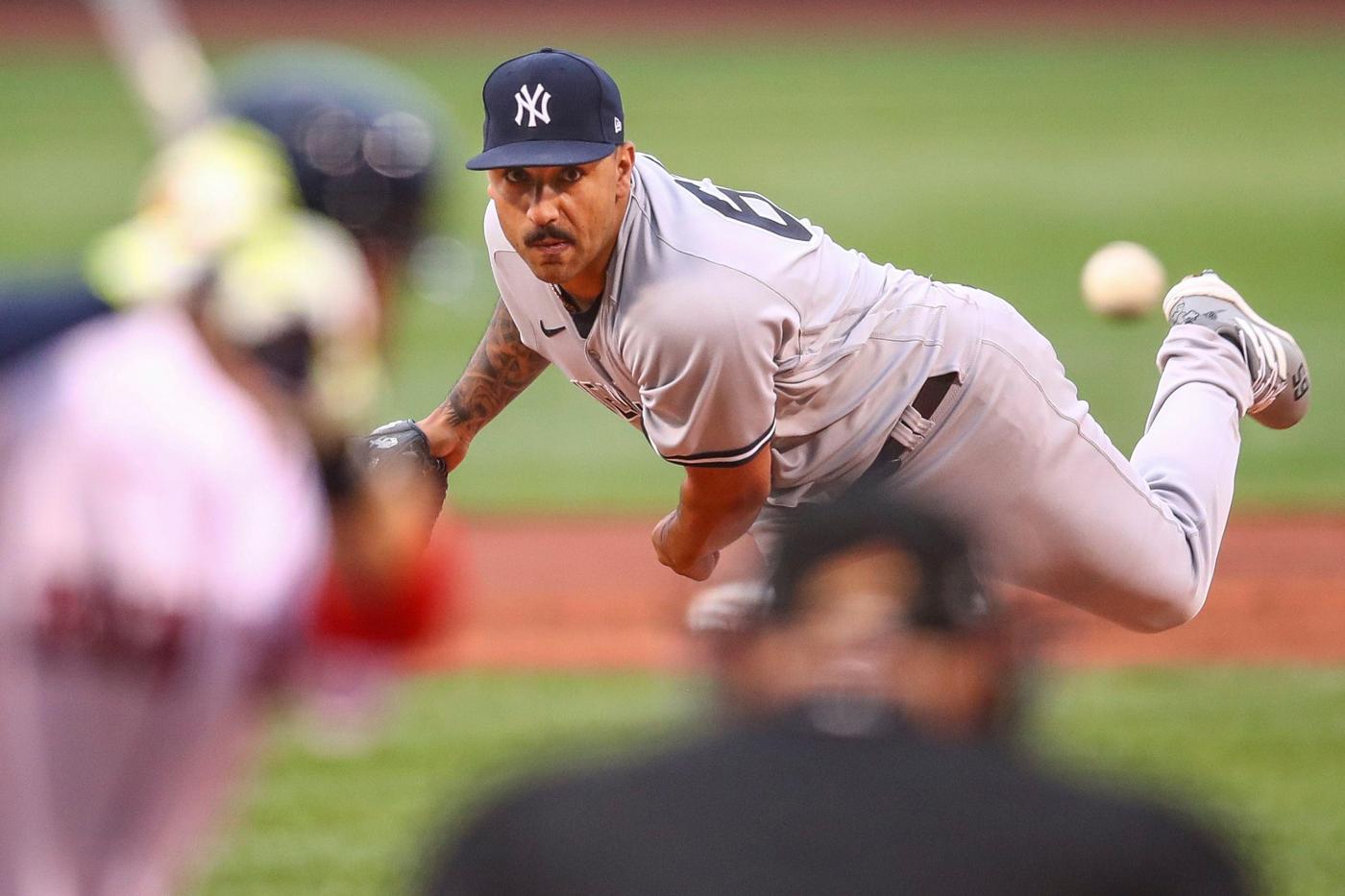 OSTON — On nights like Friday, it’s hard to imagine how the Yankees lose. Even with Nestor Cortes struggling and Aaron Judge going hitless in five at-bats, the Bombers still rolled over the Red Sox 12-5 at Fenway Park.

“We’re incredible,” Giancarlo Stanton said.  “We just find ways to win nonstop and we’re just hungry. We stay hungry. Doesn’t matter how far ahead we are or what obstacles just keep pushing and the second half.”

Josh Donaldson continued to break out of his June swoon in dramatic fashion with his third homer in as many games and Matt Carpenter, hitting third, hit his ninth home run of the season. Carpenter has 18 hits total.

“It shows you how talented this team is and what kind  of players we’ve got in here and what we’re able to accomplish,” Carpenter said. “This is a really good division to have the lead that we do is just a testament to the guys in this room. At the same time, we’re not really thinking about that. We really do a good job of coming in here every day and just putting on the gas. Getting back to work and not worried about that or getting lost in the standings, just coming out ready to play every day.”

Aaron Hicks went 2-for-2 with two walks. It was his third multi-hit game in a row. Gleyber Torres had three hits, driving in two.

And their bullpen was excellent, especially their middle relievers. Miguel Castro posted his fifth consecutive scoreless outing, going 1.1. Albert Abreu was charged with a run in 0.2 of an inning, but Lucas Luetge finished it off with 3.1 scoreless.

The Yankees relievers have allowed four earned runs in 39.2 innings pitched over 12 games since June 26, posting a 0.92 ERA in that span.

That got Cortes off the hook, but there is no escaping the fact Cortes has struggled against the Red Sox ever since coming to the big leagues. It was his eighth career appearance against Boston, he has allowed 17 earned runs in 18 innings pitched.

Friday night, Cortes was handed a 4-0 lead on Donaldson’s three-run shot, his third homer in as many days, and Torres’ RBI single.

He immediately gave back two on a long, high fly ball that Matt Carpenter, playing in left field for the first time since 2012, overran and Aaron Hicks had to play.

The Red Sox kept him grinding with base runners in every inning he worked, but he got through the second and third unscathed.

Trevor Story teed off on a first-pitch, 85-mile an hour cutter to lead off the fourth. Bobby Dalbec hammered a first-pitch, 91-mile an hour fastball and then Cortes gave up a double to former Yankees’ prospect Rob Refsnyder. The Yankees left him in to face lefty-slugger Rafael Devers with one on and one out. Cortes needed five pitches, but got the Red Sox third baseman to swing and miss on a 93 mph slider.

That was it for Cortes Friday night, an unsettling one for the Yankees.

It’s not just the opponent that has given Cortes fits.

Over his last seven starts, Cortes has pitched to a 4.04 ERA and given up 10 home runs. He allowed just 10 earned runs and four homers in his first nine starts.