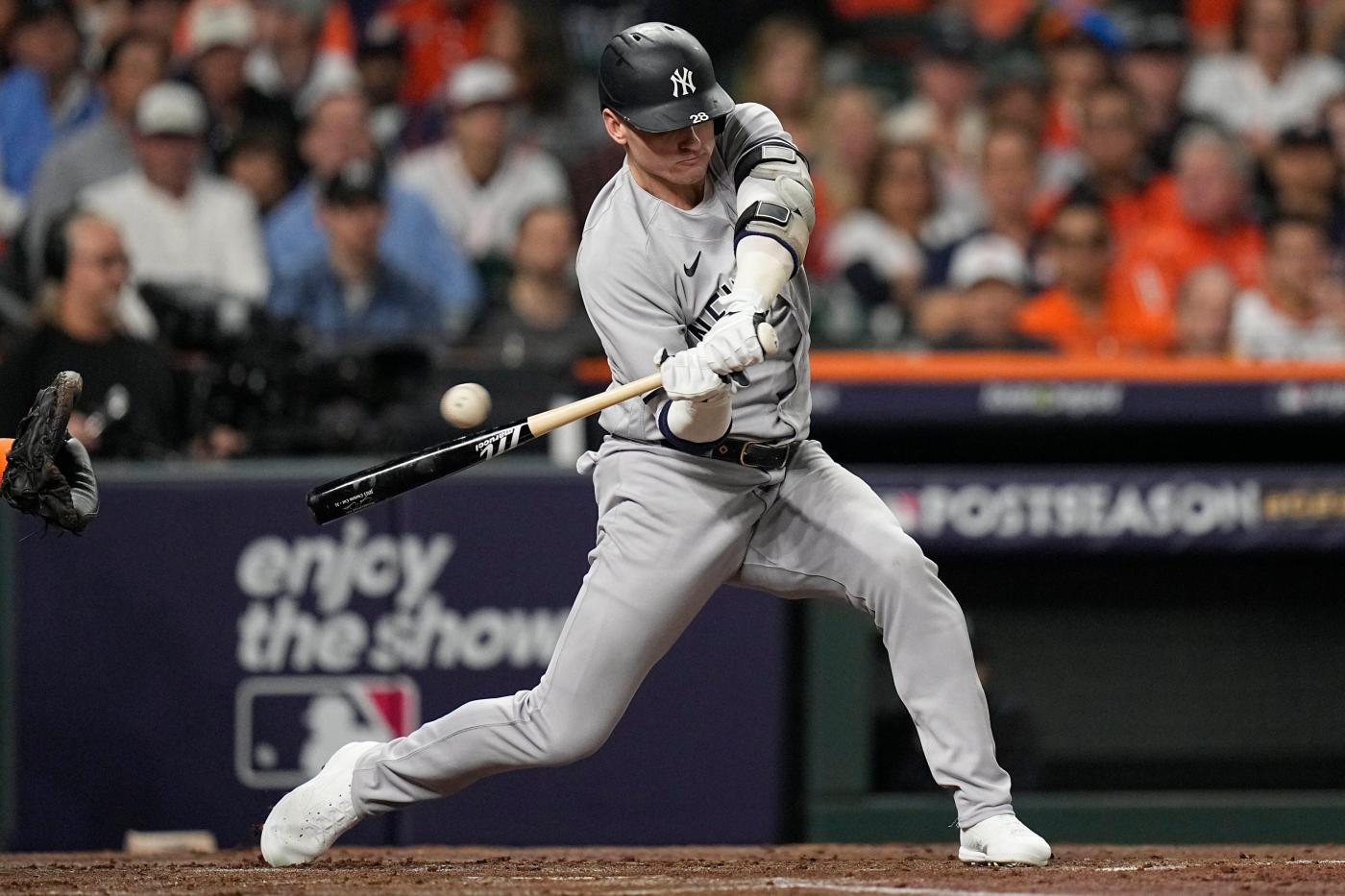 Even at 36 years old, the age he was when the Yankees made him their big, ill-fated trade acquisition in March, there were still a few things to like about Josh Donaldson.

He had posted nine straight seasons with a wRC+ of 117 or above. That stretch dates back to his time in the mid-2010s as an MVP, All-Star and Silver Slugger, but also includes his mostly forgotten 2019 season in Atlanta when he ran a .900 OPS and two sneaky good years with the Twins.

From 2013-2021, he slashed .272/.373/.514 (.887 OPS), and posted 43.8 Wins Above Replacement, asserting himself as unquestionably one of the best players in the league. Mike Trout is the only player ahead of him on the WAR leaderboard from that time span. But even after his heyday in Toronto ended and Donaldson wandered the baseball wilderness, he remained productive.

From 2018 to 2021 — a stretch beginning with the year he was traded in-season from Toronto to Cleveland and ending with his final run with the Twins — he had a .250/.365/.491 slash line (.856 OPS), still well above average. His lone year with the Braves saw him hit 37 homers and draw a walk in more than 15% of his plate appearances. Perhaps most encouraging, in 2021 his batted balls had an average exit velocity of 94.1 miles per hour. Aaron Judge, Vladimir Guerrero Jr. and Giancarlo Stanton were the only qualified players who hit the ball harder. Donaldson came in ahead of Shohei Ohtani, Fernando Tatits Jr. and Yordan Alvarez.

That was last year. The drop-off happened suddenly and only seemed to get worse as the season progressed. In 2022, Donaldson’s average exit velocity dropped to 90.7 miles per hour, not even among the top eight of third basemen. His final numbers from his first season in pinstripes: .222/.308/.374 (.682 OPS). His wRC+ crash-landed at 97. The wRC+, on-base percentage and weighted on-base average all shrunk to their lowest since his rookie year. Donaldson’s slugging percentage was its lowest since his 14-game debut in 2011, and his 27.1% strikeout rate was his highest since that year.

For the first time as a regular contributor, Donaldson was objectively bad.

But with all the positive attributes outlined above, which the front office thought he would bring with him, trading for Donaldson wasn’t the worst move on paper, especially given how badly they wanted to get rid of Gary Sanchez. While they accomplished that, the two players they got from Minnesota ended up being arguably the fanbase’s two most hated players. Aaron Hicks withstood his fair share of verbal beatings from the bleachers, but when he slid to the bench, that left Isiah Kiner-Falefa and Donaldson to take most of the Bronx’s ire.

As the Astros’ pitchers took turns putting the Yankees in straitjackets during the American League Championship Series, manager Aaron Boone took notice of the hatred directed at his graying third baseman.

“Look, we’ve struggled as a group,” Boone said prior to Game 4. “We’ve all struggled. J.D.’s been getting on base. He’s kind of borne the brunt of this for some reason.”

Two things. One, Donaldson did do a good job of getting on base in the previous round against Cleveland. He collected four hits in 16 at-bats (.250 average) and walked four times, equating to a .400 on-base percentage in the five-game struggle. But against Houston, when he hit .077 with three walks, his 10 strikeouts in 13 at-bats made Donaldson an easy target for merciless booing. Second, the “for some reason” part of Boone’s answer can easily be answered by strolling down Donaldson’s 2022 memory lane.

There was the idiotic “Jackie” comment to the White Sox’s shortstop Tim Anderson, one of the brightest Black stars in the game. Then there was Donaldson’s ham-fisted explanation that he thought both parties understood the racial comment to be a joke. Even his teammates and manager would not publicly support him on that.

There was the very bizarre incident in Tampa Bay where Donaldson — after striking out looking on a fastball in the first inning, then popping out in an at-bat in the fourth that featured three straight fastballs — chirped at Rays’ pitcher Jeffrey Springs, saying that he wouldn’t dare throw that pitch again. Later in September, ballpark cameras in Toronto caught Donaldson getting upset with Blue Jays’ hurler Kevin Gausman, who struck him out without challenging him with a single fastball.

There is no rule that says a pitcher must throw fastballs, something that a 12-year veteran like Donaldson surely understands. If anything, that could potentially fall into the unwritten rule category, but it’s not even one of the more acknowledged unwritten rules. If a pitcher has better pitches than a fastball, and if they believe it will get the hitter out, they have every right to throw it.

Ironically, Donaldson then broke one of the main unwritten rules in the ALDS against Cleveland. His opposite field shot did not clear the wall, did not hit a fan to trigger an automatic double and did in fact remain a live ball. Donaldson did not know any of that. Instead, he went into a full celebration and home run trot only to get thrown out between first and second base. All of that, plus his habit of swinging through or watching pitches right down the middle, create a huge part of the “some reason” Boone was looking for.

To summarize, Donaldson had a very poor year at the plate that entered into unplayable territory, has a very tired act of policing everybody but himself and became the second player ever to strike out multiple times in seven straight postseason games. It will be extremely difficult if not impossible to justify giving Donaldson the starting third base job next spring. His defense at the hot corner was his saving grace, but DJ LeMahieu can handle the spot just fine if he’s healthy. For a player as widely disliked across the league as Donaldson, very few people will be sad to see him go.

Unfortunately for the Yankees, that will be an expensive benching, as Donaldson’s contractual obligations will cost them $25 million which is not congruent with the results they’re getting on the field. The other way out is by trading Donaldson. Does anyone know the going rate for a declining player owed $25 million who’s better at getting angry than he is at getting runners in?