Todays Though > News > JP Sears was part of the Yankees future, now he’s facing the Bombers with the A’s – Boston Herald
News

JP Sears was part of the Yankees future, now he’s facing the Bombers with the A’s – Boston Herald 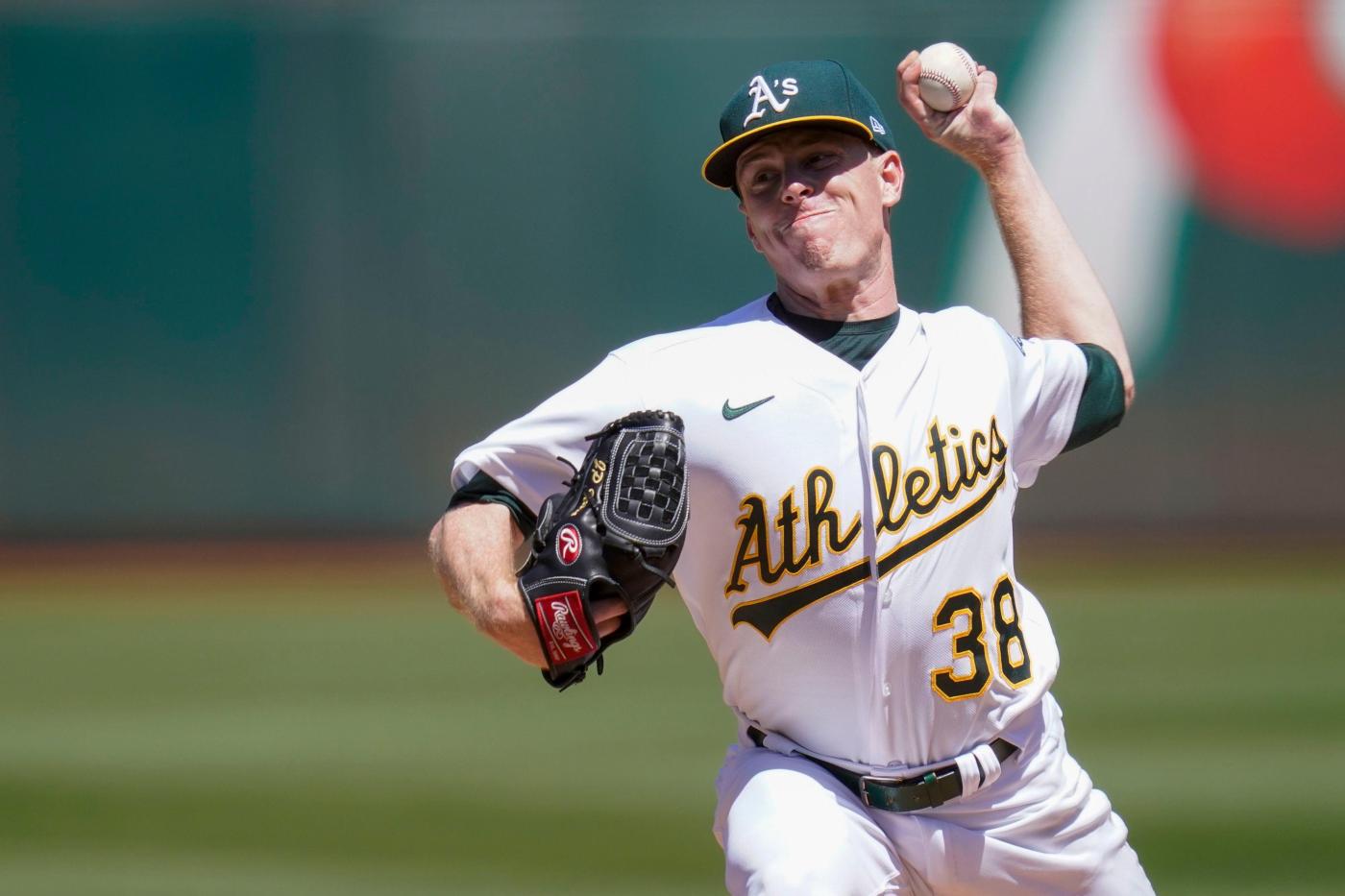 OAKLAND — JP Sears was surprised when he got the news. The left-hander had broken camp with the Yankees and pitched in some important spots for them this season. He was working down in Scranton with the Triple-A club when he was told he had been traded to the A’s.

“Obviously, it’s surprising, exciting, and lots of emotions,” Sears said. “That first day you didn’t really know what to think,  but then after that I was just super, super excited to come over here and help his team out hopefully and do my best to win and kind of carry on what I’ve been doing this year. Just [having that] next up mentality and getting ready for the next start whenever that would be.”

Sears’ next start, his fourth with the A’s, will be Friday night against the Yankees at the Coliseum.

“Yeah, I mean it’s definitely unique facing a team where you know guys personally or have history with them,” Sears said. “So, it’s gonna be an exciting game. I’m excited for it. I’m looking forward to it, just looking forward to competing and just knowing some guys on the other side would definitely be unique.”

Since coming to the A’s, Sears has had a chance to be a full-time big leaguer and he’s responded well. He is 2-0 in three starts with a 1.76 ERA. He is very well aware of the challenge the Yankees lineup will present him on Friday night.

“I think that they have a really versatile lineup. A lot of power in the lineup. A lot of speed. Just a lot of different different types of hitters,” Sears said. “Obviously,  they’ve had a great year and are looking to continue on that the rest of the year into the postseason. So anytime you get a chance to face a really good team that is  in contention, it’s really exciting.”

Sears was part of the group of young arms like Clarke Schmidt, Luis Gil and Ron Marinaccio that the Yankees planned on having help them in their run to the playoffs. Now, Sears gets more opportunities to showcase his talent, but is on a team that is struggling.

“I approach every game like it’s a World Series game or a postseason game, whether you’re on a team that’s going to play in the playoffs or on teams that’s not having as good of a year,” Sears said. “So I think every time I go out there, I’m trying to fill the zone with strikes and you try and keep guys off on pitches and, and just compete. It doesn’t really matter who it was against or what teams for the history I have with that team. It’s just about competing and having fun and doing my best.”

The lefty was an 11th-round pick of the Mariners in 2017. He was dealt to the Yankees in November of that year with Juan Then for Nick Rumbelow. After missing the 2020 season with the minor leagues canceled by COVID, Sears rocketed through the Yankees system in 2021 jumping from Class-A in 2019 to Triple-A in 2021. He made the big league team out of spring training. Sears made seven appearances, including two starts for the Yankees, pitching to a 2.05 ERA.

“I definitely won’t forget that ever,” Sears said of making his big league debut in Yankee Stadium on April 13 against the Blue Jays. “Being in the stadium back in April for my debut. The great crowd, the great fans, the great franchise which has so much history. And I feel really blessed to have worn pinstripes in my career already. And, I won’t forget that.”

Sears, who had faced the A’s in one of his two starts, was dealt to Oakland along with Cooper Bowman, Luis Medina and Ken Waldichuk for Frankie Montas and Lou Trivino. The Yankees also shipped Hayden Wesneski to the Cubs for Scott Effross and Jordan Montgomery to the Cardinals for Harrison Bader. That’s much of the pitching depth the Yankees were counting on this year, especially after Gil went down early in the year with a torn ulnar collateral ligament requiring Tommy John surgery.

Now, the Yankees are feeling that crunch with Nestor Cortes heading to the injured list on Thursday, joining Luis Severino, who has been on the IL since July. They are both expected back in the middle of July. And Friday they will face that crunch head-on, when they face one of the talented young arms they dealt away to make a playoff push.