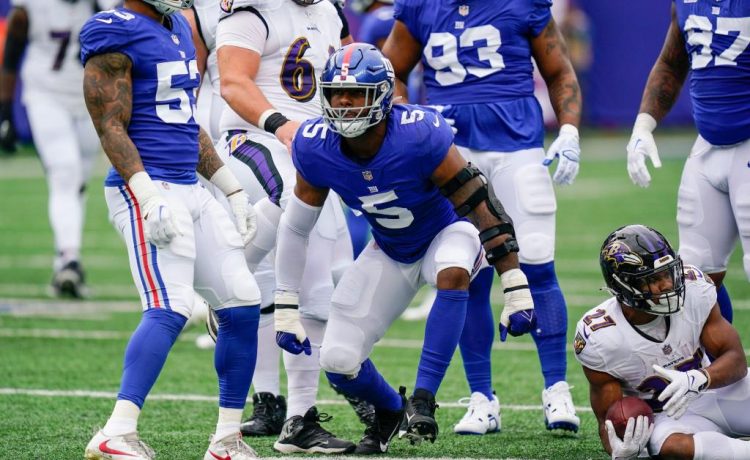 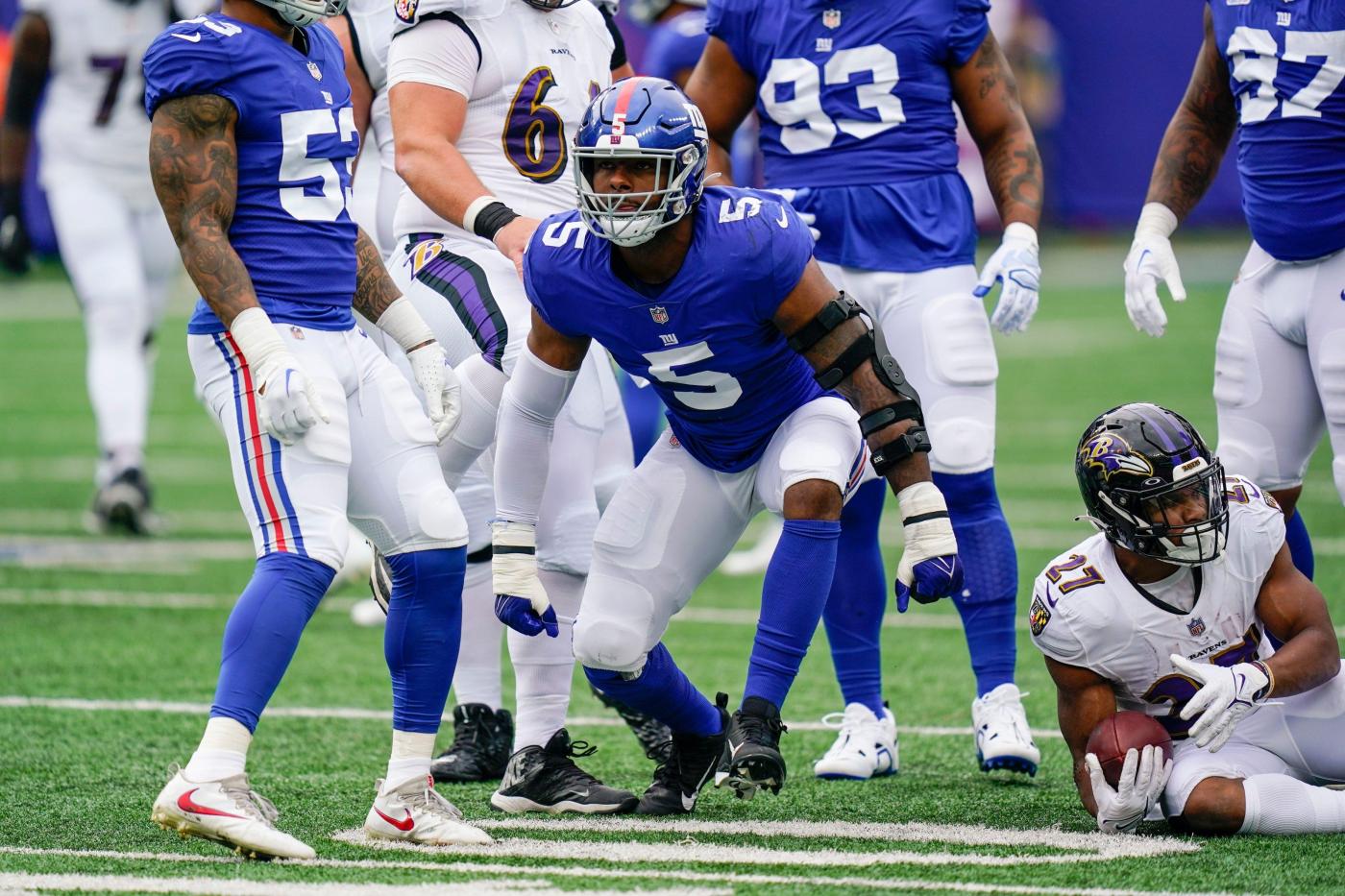 At some point, these Giants comeback victories will stop surprising people.

“This is the ‘Don’t Fold’ team, to let ya’ll know,” edge rusher Jihad Ward said with a smirk after the Giants’ third straight win. “We don’t fold.”

Daniel Jones completed 6-of-7 passes for 64 yards in the fourth quarter, including a touchdown to tight end Daniel Bellinger. And Saquon Barkley leapt in for the 1-yard, go-ahead TD with 1:43 to play.

Jones led the Giants (5-1) back from a 14-point deficit against Aaron Rodgers and the Green Bay Packers in London last week. Then he beat the Ravens (3-3) and another former NFL MVP on Sunday.

“That dude can really throw the ball,” center Jon Feliciano said of Jones. “He’s gutsy. And he might not look it, but he’s a hardass. We have full confidence in him.”

Measuring the statistics of this game compared to its final score makes no sense. Baltimore outgained the Giants in total yards, 406-238, and out-rushed them, 211-83. The Giants’ leading receiver, Bellinger, had 38 yards.

But Daboll’s resilient Giants have eclipsed last season’s win total in six weeks, and they did it Sunday with defensive coordinator Wink Martindale getting the better of his longtime Baltimore (3-3) team.

“That quarterback’s unbelievable,” Martindale, who was fired by the Ravens after last season, said of Jackson. “I’m glad that it’s over. This was just Game 6. But it was a lot of fun to win it, I’ll tell you that.”

But Jones answered emphatically with a 12-play, 75-yard touchdown drive, completing 5-of-5 passes for 57 yards to four different receivers, capped by an 8-yard TD to Bellinger with 6:01 left.

Then Jackson threw an unthinkable interception to Love with around three minutes remaining: a third-down heave off his back foot, after a bad Baltimore snap, while pressured by safety Xavier McKinney.

“I save those,” Love said of the ball. “That’s a future Hall of Fame quarterback. When you get a pick off somebody like that, you have to keep the ball.”

Four plays later, Barkley leapt into the end zone for a 1-yard TD and the 24-20 lead with 1:43 to play. Then Thibodeaux, the No. 5 overall pick of April’s draft, strip-sacked Jackson for a Leonard Williams fumble recovery with 1:30 to play.

“I thought they played the best when it counted the most,” Daboll said of the defense.

Barkley eventually sealed the win by sliding outside of the end zone to avoid a touchdown intentionally and help run the clock out.

“I know fantasy fans are going to be a little upset about that,” Barkley cracked. “But I’ve got a job to do, and that’s to do whatever I can to help my team win a football game.”

Left tackle Andrew Thomas, who labored on a “sore” left foot all day, was asked if this Giants team had some “magic” to it.

“I wouldn’t say magic,” he said. “I would just say it’s the edge that we play with. It’s a gritty bunch. A lot of people who have been thrown out, second chances. I think that shows up on Sunday.”

Undeniably, however, it feels like the Giants are now getting all the breaks they never got in previous years.

Justin Tucker’s 56-yard field goal clanked off the left upright in the first quarter, for example. He had made 27 straight field goals prior, including a league-best 10 straight from 50-plus yards.

Jackson missed lots of throws and then made the killer turnover in the clutch while under pressure – not Jones.

The Giants kept their poise. The Ravens didn’t. The Giants had three penalties. Baltimore committed 10, including an illegal procedure on the play before Jackson’s killer INT.

“I feel like we’re a great team,” Barkley said. “We’re a very confident team, we know that.”

The end result was pandemonium courtesy of a large MetLife Stadium crowd.

“The stadium was jumping,” Barkley said. “It wasn’t always necessarily like that in the first couple of years. We weren’t doing a really good job of going out there and winning games.