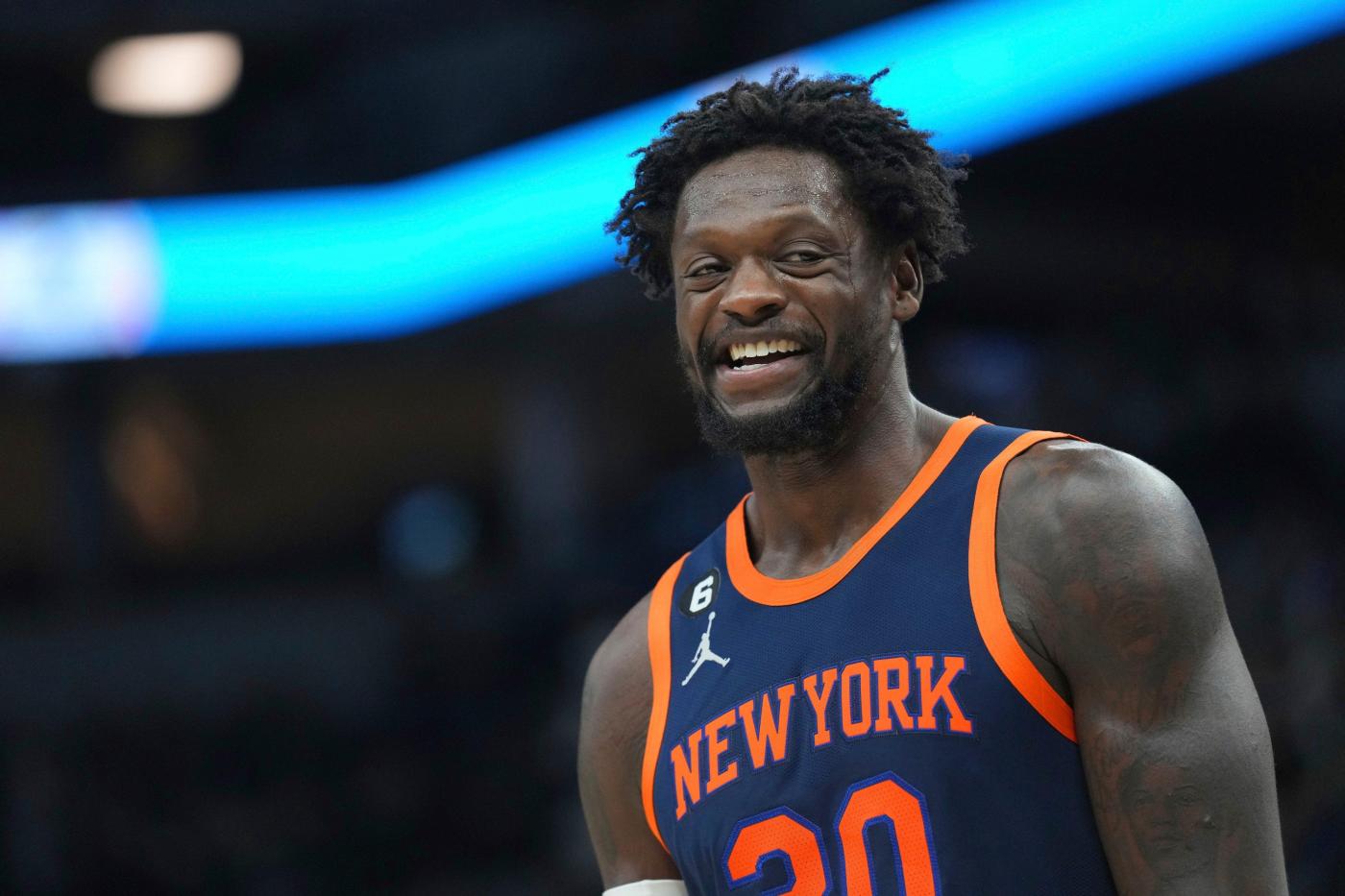 If the Knicks win this season, they’ll do it with offense.

It goes against the reputation and principles of Tom Thibdoeau, but that’s the reality of these Knicks after 10 games. They score in bunches and they give up too many points. That identity was reiterated with Monday night’s obliteration of the Timberwolves, 120-107, a 3-point parade with Julius Randle as the grand marshal.

The Knicks (5-5) had 76 points at the break and mostly cruised in the second half, dropping 19 3-pointers at a 40% clip. It was a role reversal from two nights prior at MSG, where the Knicks allowed a record-breaking 27 3-pointers to the Celtics.

Randle was the catalyst in Minnesota, finishing with 31 points and flashing the 3-point proficiency that elevated him to an All-NBA selection two seasons ago. He tied a career-high with eight treys on 13 attempts. RJ Barrett (22 points), Jalen Brunson (23 points, eight assists) and Obi Toppin (15 points) were the other top scorers. Toppin is being mentioned more frequently with the top players, as he expands his offensive repertoire beyond transition dunks.

The Timberwolves (5-6) committed too many turnovers and couldn’t keep up. It was an odd tipoff time (9:15 EST) as the NBA had all 30 teams in action Monday and staggered the starts in 15-minute increments. The purpose was to have Election Day off on Tuesday across the league to promote voting.

The Timberwolves also a good case study to contrast the Knicks.

They were a little better than the Knicks last season but hardly close to title contention. Then the Timberwolves went for it in the offseason, paying a hefty price — four first-round picks and a pick swap — to acquire Rudy Gobert from the Jazz.

It was the type of all-in move that could backfire extraordinarily, but the Timberwolves and part owner Alex Rodriguez have enough young talented pieces — most notably Karl-Anthony Towns and Anthony Edwards — to justify the gamble. The Knicks, on the other hand, clutched their assets and continued a wait-and-see approach. Attempts to pry Donovan Mitchell out of Utah were rebuffed because the Knicks stopped short of offering the necessary draft-pick compensation.

The do have a star power forward, Towns, who was considered a potential Knicks trade target before signing a $224 million super max extension in the summer. Gobert, the former Defensive Player of the Year, is already 30 years old. He entered Health and Safety Protocols last week and didn’t play Monday night, which probably contributed to Minnesota’s Swiss Cheese defense.

Thibodeau again shook up his lineup. He started Jericho Sims at center to replace Mitchell Robinson, who is out with a sprained knee. Sims was a surprise choice considering he only logged 11 total minutes in the opening nine games. But he served his purpose for Thibodeau as a rim protector and paint finisher.

The young center predictably fouled too often and finished with four points in 17 minutes.