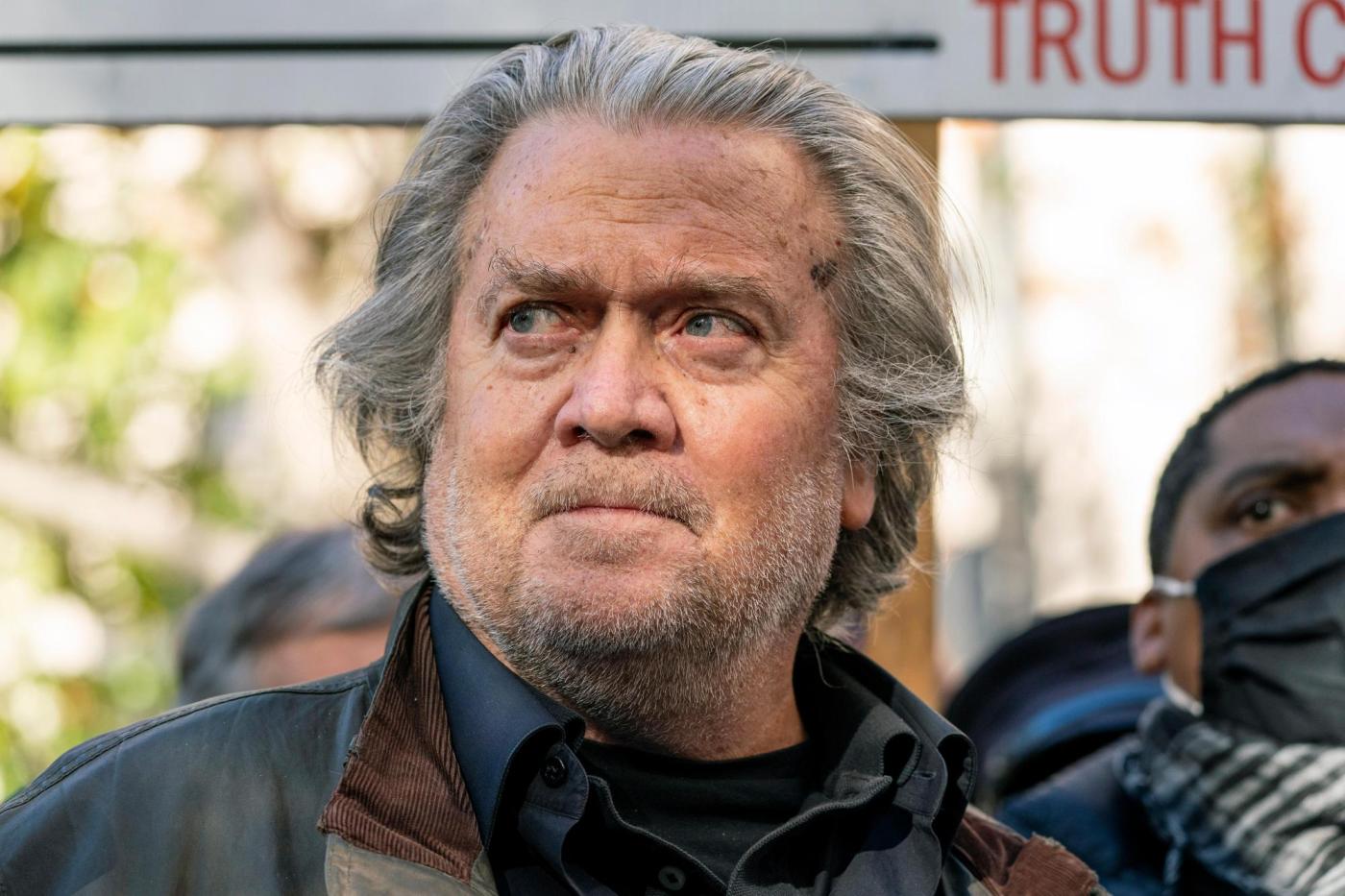 By GARY FIELDS and ASHRAF KHALIL

WASHINGTON (AP) — Jury selection began Monday in the trial of Steve Bannon, a one-time top adviser to former President Donald Trump. He is facing criminal contempt of Congress charges after refusing for months to cooperate with the House committee investigating the Jan. 6, 2021, Capitol insurrection.

Bannon is charged in Washington’s federal court with defying a subpoena from the Jan. 6 committee that sought his records and testimony. He was indicted in November on two counts of criminal contempt of Congress, one month after the Justice Department received a congressional referral. Each count carries a minimum of 30 days of jail and as long as a year behind bars.

By early afternoon, several jurors had been seated in a slow-moving process. Much of the questioning of potential jurors by Bannon’s lawyer, a court proceeding known as voir dire, centered on how much of the Jan. 6 hearings they’ve watched and whether they had opinions about the committee and its findings..

The trial follows a flurry of activity in the case since July 9. Over a week ago, the former White House strategist notified the committee that he is now willing to testify. His former lawyer, Robert Costello, said the change was because Trump had waived his executive privilege claim from preventing the testimony.

Bannon, 68, had been one of the most prominent of the Trump-allied holdouts in refusing to testify before the committee. He had argued that his testimony was protected by Trump’s claim of executive privilege, which allows presidents to withhold confidential information from the courts and the executive branch.

Trump has repeatedly asserted executive privilege — even though he’s a former, not current president — to try to block witness testimony and the release of White House documents. The Supreme Court in January ruled against Trump’s efforts to stop the National Archives from cooperating with the committee after a lower court judge — Ketanji Brown Jackson, now on the Supreme Court — noted, in part, “Presidents are not kings.”

The committee has also noted that Trump fired Bannon from the White House in 2017 and Bannon was thus a private citizen when he was consulting with the president in the run-up to the riot.

U.S. District Judge Carl Nichols declined motions to delay the contempt trial in separate hearings last week, including Thursday when Bannon’s lawyers raised concerns about a CNN report that has since aired about their client and what they said were prejudicial comments made during a hearing last week held by the House committee.

While the judge allowed the trial to move forward, Nichols left open the possibility that the letters about Trump waiving his privilege and Bannon’s offer to cooperate with the committee could be referenced at trial, saying the information was “at least potentially relevant” to Bannon’s defense.

Roscoe Howard Jr., the former U.S. attorney in Washington, said the best case for Bannon is if the information on his cooperation offer gets to the jury. Even if it does, however, a claim that executive privilege stopped him from cooperating earlier will be a hard argument to make because Bannon refused to answer the subpoena, Howard said.

“You have to show up to invoke the privilege claim. You can’t phone it in,” he said.