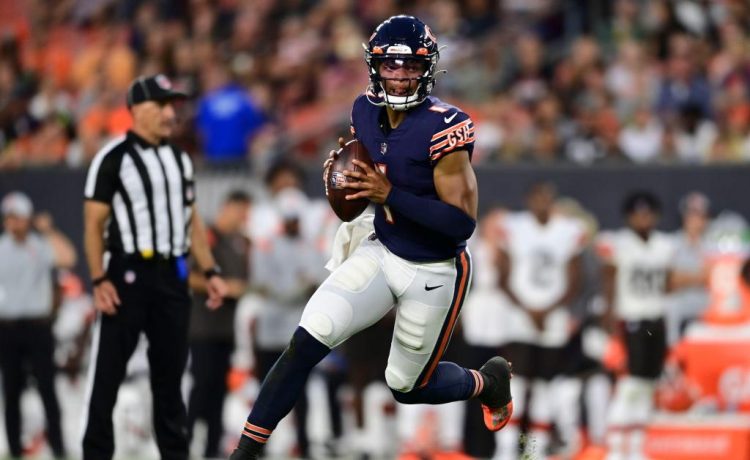 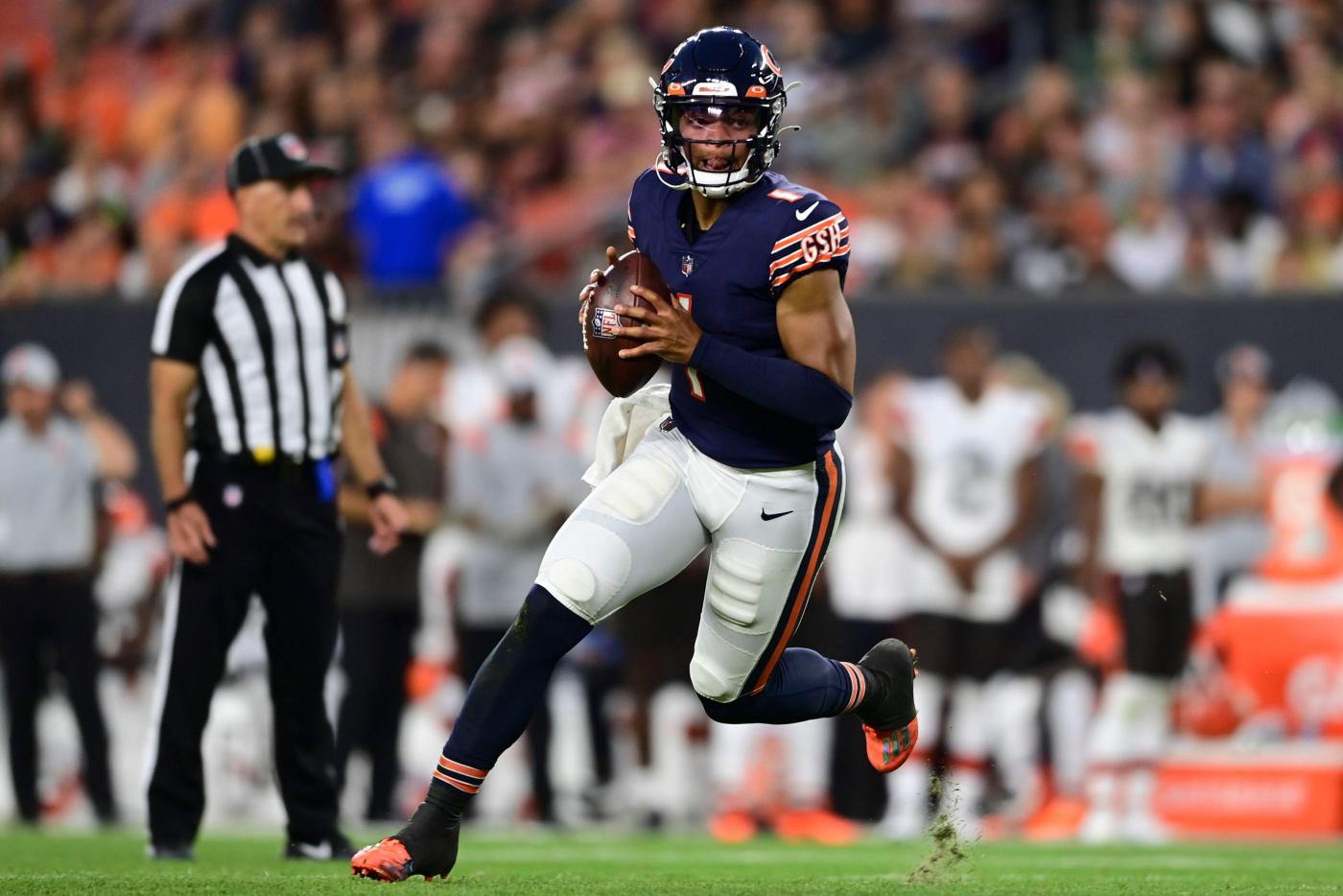 The Chicago Bears wrapped up their preseason Saturday evening, holding off a late rally to beat the Cleveland Browns 21-20 at FirstEnergy Stadium. Here are the key moments and points from the game.

Oh, what a night.

Go ahead, Bears fans. Frame this one. It doesn’t have to be in a huge, decorative frame above the fireplace. (This is only the preseason, after all.) But at least grab a 5-by-7 frame for the coffee table in the living room. Put the performance on display. Give it its just due. That’s how efficient and dialed in Justin Fields and the Bears offense were in the first half of Saturday’s victory. With Fields at quarterback, the Bears ran 29 plays and scored 21 points. Fields completed 14 of his 16 passes for 156 yards with three touchdowns.

A first-half hat trick. A passer rating of 146.9. Some welcome confidence and momentum for the offense as the Bears will now use the next two weeks to prepare for their Sept. 11 season opener against the San Francisco 49ers at Soldier Field.

Yes, the Browns chose not to play standout pass rushers Myles Garrett and Jadeveon Clowney and lost safety Grant Delpit to a hip injury in the first half. But in the search for encouraging signs, Saturday offered several, particularly with the poise and command Fields demonstrated.

Naturally, Fields thought back to his last visit to Cleveland, his first career start and the nine sacks he took in a 26-6 Bears loss.

Fields and the first-unit offense scored their first touchdown of the preseason in Saturday’s first quarter, capping an 80-yard drive with a 22-yard touchdown pass from Fields to tight end Ryan Griffin. The scoring play was a thing of beauty with Fields having all day to throw and the Bears utilizing route combinations that helped Griffin come free . Fields threw a strike, and the end-zone celebration was on. Perhaps more impressive, the Bears dug themselves out of a hole on the drive after a Griffin holding penalty pushed them into first-and-20 near midfield. But Fields responded with consecutive completions to Dante Pettis and Cole Kmet for 14 and 8 yards, respectively, to keep the drive going. Fields went 5-for-5 for 55 yards on the possession and added a 9-yard scramble that drew a 15-yard unnecessary roughness penalty from linebacker Jacob Phillips.

The Bears went right down the field on their next series as well, with Fields ending that 52-yard scoring march with a 12-yard scoring throw to Pettis. Kmet snagged the third touchdown pass of the night, left uncovered as Fields rolled right and found him for a 24-yard score.

Perspective is a must. And drawing grand conclusions in August is often imprudent. But with Week 1 closing in, don’t discount the positive energy the Bears generated Saturday.

As expected, the Bears started the game with an offensive line of left tackle Braxton Jones, left guard Cody Whitehair, center Sam Mustipher, right guard Teven Jenkins and right tackle Larry Borom. That unit had its issues on the opening drive as the Bears went three-and-out. But the pass protection was mostly sturdy on the three touchdown drives.

“I thought we came out, after starting a little slow, and really got things going,” Whitehair said. “It was good momentum going into the season.”

The quest to establish an identity in the running game will continue. Running back David Montgomery turned nine carries into 28 yards in the first half and had a 24-yard chunk play negated because of the holding penalty against Griffin.

For those hoping the Bears will play a cleaner and more disciplined brand of football with fewer sloppy sequences and careless mistakes than we’ve seen the past few years, the returns from the preseason have been promising overall. The Bears committed only five penalties Saturday, costing themselves 48 yards. Contrast that with the 10 penalties for 75 yards the Browns had.

In August, the Bears drew 13 penalties for 118 yards while their three opponents were flagged 25 times for 178 yards. It’s a small footnote from the preseason. But it’s worth a mention.