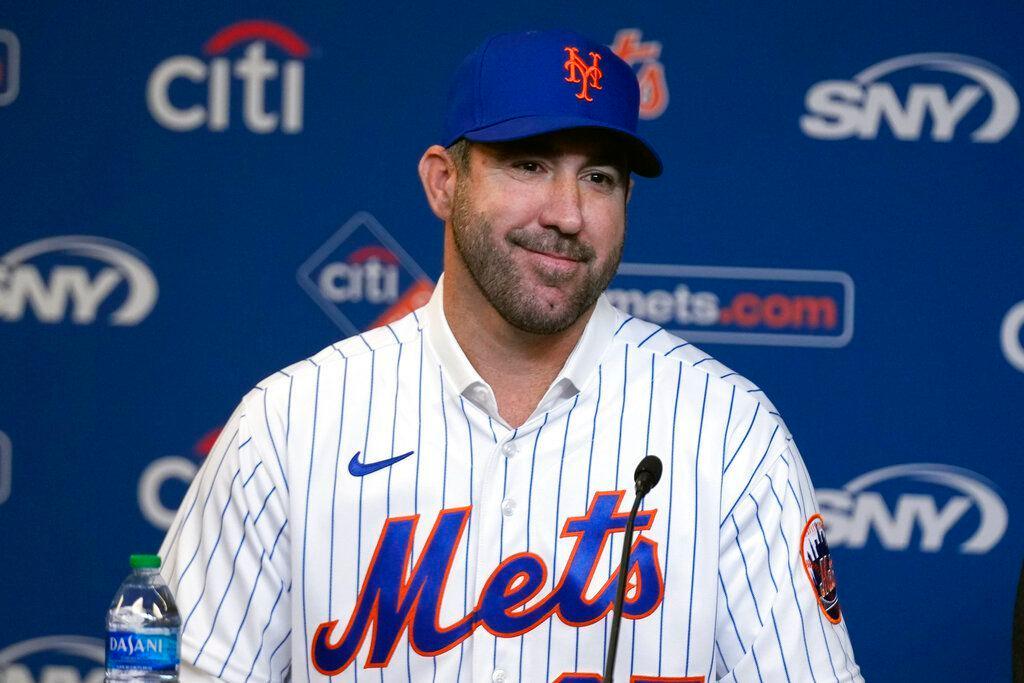 The Mets are confident that a rotation anchored by two aces is a winning formula. Free agent ace Justin Verlander was sold on the idea as well. There are obvious questions that come with two pitchers in their late 30s and a Japanese hurler that has to make a transition to a different game, but the Mets think those questions will be answered in a way that will silence the doubters.

There is obvious excitement around the team right now following a series of headline-making acquisitions this winter, and Verlander is just excited as everyone else.

“I took a leap of faith and here we are a few weeks later,” Verlander said. “I think that leap of faith has paid off. And obviously, the surrounding cast — the players that this organization has brought in are nothing short of incredible. And I can’t wait to be part of something amazing.”

Verlander will team up with Max Scherzer, his former Detroit Tigers teammate, to headline one of the most formidable rotations in baseball. A future Hall-of-Famer, Verlander has won three AL Cy Young Awards and two World Series championships. He’ll be entering his age-40 season in 2023 and Scherzer will be entering his age-39 season. But the two have shown no signs of slowing down and remain extremely motivated to win more championships.

Verlander is exceptional, not just because of the right arm that continues to pump out 95 MPH fastballs at age 39, but because of how he takes care of that arm and how he maintains his body. It led the Mets to sign him to a two-year, $87 million contract two weeks ago at the winter meetings.

“Justin is not afraid to rethink his rethink convention,” Mets general manager Billy Eppler said Tuesday at Citi Field. “He’s not afraid to kind of question the status quo. That’s a big growth mindset. That’s what we’re looking for here — guys that are adaptable, guys that are nimble.

After phone calls and Zoom conversations, the Mets were so sure that Verlander would be a fit that when the two parties finally met at the winter meetings, Eppler didn’t let his agent, Mark Pieper, out of the hotel room until they had a deal. Mets’ brass was blown away by his approach to taking care of his body and his pitching arm.

Verlander might only be two years removed from Tommy John surgery but he says he learned from the surgery and evolved as a pitcher, just as he learned and evolved after his core muscle surgery in 2014. His research, rehab and commitment to maintaining a high level of performance paid off when he won his third Cy Young and his second World Series championship last season.

“I look back at my surgery on my core in 2014 as now one of the highlights of my career. What I learned through that process carried me until I had Tommy John surgery and allowed me that success,” Verlander said. “When I found out I needed Tommy John, my entire goal was to have that process happen again. I’m going to actively search out ways to improve my body.”

Ultimately, it was Steve who swayed Verlander to come to New York. There was no big sales pitch from Cohen during their first conversation in November. Instead, Cohen simply tried to get to know Verlander as a person. It was a gesture the pitcher appreciated.

“This isn’t just an investment for him,” Verlander said. “This means a lot and he wants to have his finger on, or get to know people intimately that are involved in this thing.”

At the time, the Mets were still trying to get a read on what Jacob deGrom was going to do. Verlander understood that the market would shift once deGrom made a decision and was going through his own process as a free agent.

“Both the Mets and me thought was important was to let the Jake thing play out on its own before I made a decision,” Verlander said. “He’s iconic here and in this stadium and for this organization. I don’t think it was fair to him or to me to make that decision before he made his decision. So I think once he went to Dallas, that naturally opened the door for me to step in and not be a replacement for Jake, but just to be me stepping in for somebody who already made his own decision.”

And as a bonus, Verlander finally gets to pitch in New York, where he once spent an offseason with his wife, model Kate Upton.

“It’s really intoxicating,” he said. “It’s just such a great town and city. You have everything at your fingertips. I’m excited to be a part of it.”

The Mets have a lot riding on their two aces next season — $87 million between the two, to be exact. It’s a lot of money to commit to two players nearing 40, but it’s only a short window of time. Scherzer has a player option for the 2024 season and Verlander has one after 2025.

The club believes that enough time to capitalize on its window of contention. But time is a tricky thing and it’s always possible that it could finally creep up on two of the game’s elite competitors.

“I feel great. My body feels great,” he said. “The game will naturally tell me when it’s time to step aside and I feel like I’m nowhere near that point yet.”