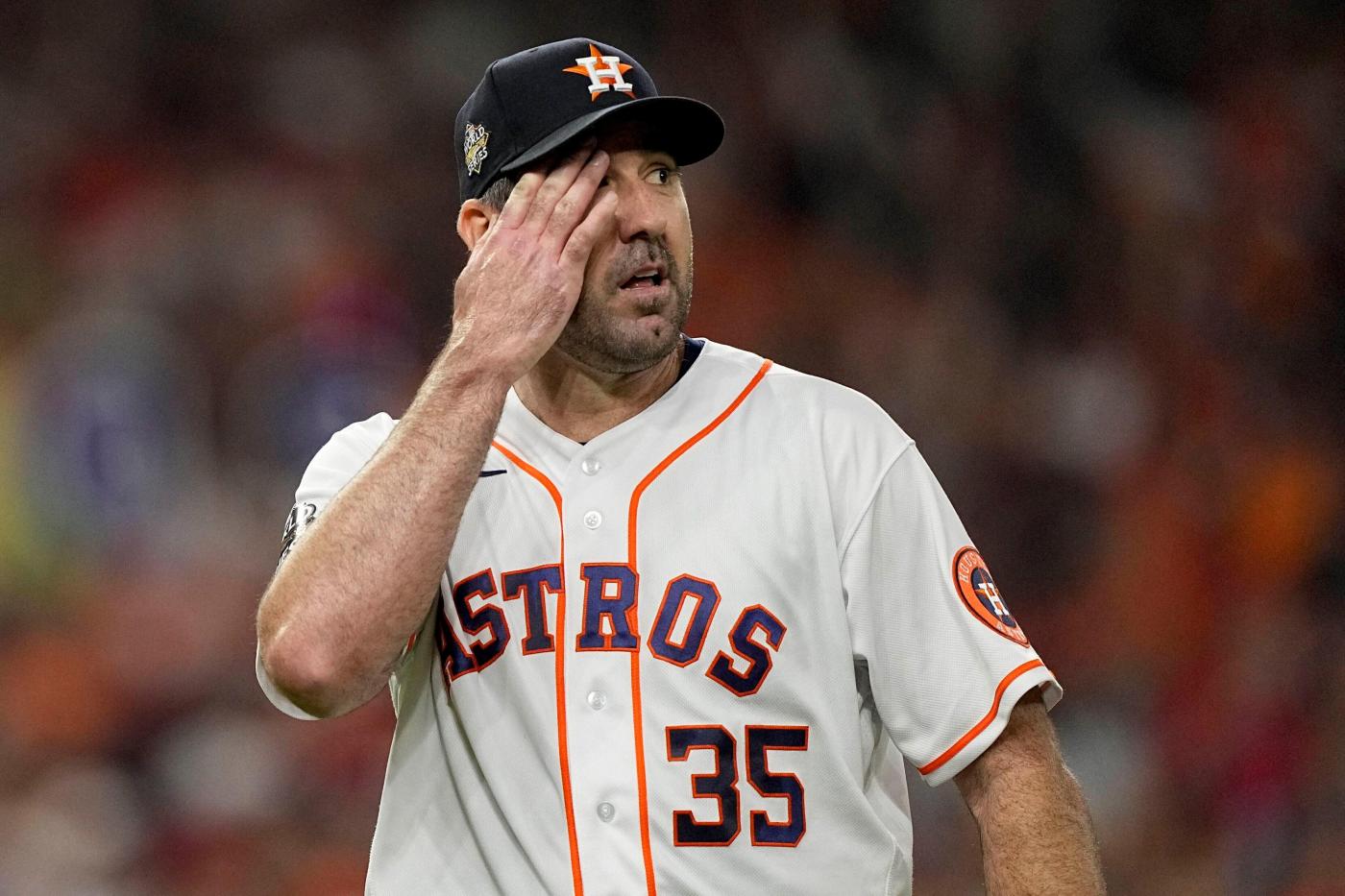 PHILADELPHIA — With Justin Verlander starting Game 5 of the World Series for the Houston Astros on Thursday night, there has been some debate about his legacy.

The 39-year-old right-hander has won two AL Cy Young Awards, an MVP and was named Rookie of the Year in 2007. He could win a third Cy Young this season. He already has a ring with the Astros from 2017. But he came into the game 0-6 with a 6.07 ERA in eight World Series starts, a glaring blemish on an otherwise hall-of-fame-worthy body of work.

Five innings of one-run baseball shaved a whole run off of his ERA and it’s now 5.06 in nine starts. One day after saying he “empties the tank” in every outing, he did exactly that in what could possibly be his final game for Houston, earning his first World Series win and putting the Astros within one game of their second World Series title.

So there are two questions that surround Verlander five games into the series: Did he need a World Series win to secure his legacy? And where will he write his final chapter?

To answer the first question, his manager, who has had to answer for a similar narrative throughout his managerial career, says yes, Verlander did need to rewrite history at Citizens Bank Park.

“It matters,” Astros manager Dusty Baker said before the game. “That’s what people remember. I mean, I got 2,000 wins and all they talk about is I haven’t won the World Series yet. You know? So what’s the difference? So, yeah, it matters. It matters to the people. It matters to us.”

Baker has stood behind Verlander, expressing confidence publicly as any good manager would do. When you have a player of Verlander’s caliber, you trust that he’ll turn it around, which is why the Astros left him in for five innings despite repeated jams. He gave up four hits and walked four

“This guy’s had a great career and it’s not over yet,” Baker said. “We always have some things that we have to overcome no matter how great you are. I was with Barry Bonds when he overcame that, he didn’t have very good postseasons.”

Baker himself addressed the second question. Verlander has a $25 million player option for the 2023 season, and with the season he had it’s likely he could opt out and either renegotiate his contract with Houston or hit free agency.

There has been some chatter linking him to the Mets but it’s purely speculation. The Mets have been linked to nearly every high-profile free agent for two years because of owner Steve Cohen’s desire to build a contender and his ability to compete for them financially. And the Mets do need starting pitching.

Max Scherzer is the only pitcher signed beyond the 2022 season. Jacob deGrom has said repeatedly he will opt out of the final two years of his contract. Chris Bassitt has a mutual option for 2023, Carlos Carrasco has a team option and Taijuan Walker has a player option.

Manager Buck Showalter and general manager Billy Eppler did not seem ready to commit to using David Peterson and Tylor Megill in the rotation next season, though that could obviously change.

Like Scherzer, Verlander is still an elite ace and one of the best big-game pitchers in the game despite his age. He missed 2021 after undergoing Tommy John surgery but returned to put up absolutely scorching numbers, going 16-3 with a 1.87 ERA, 0.85 WHIP and 148 strikeouts over 149 innings (23 starts). He suppresses home runs and still throws in the mid-90s. It’s remarkable that he’s been able to maintain the same velocity throughout his entire 17-year career.

The rise of the Phillies and the free-agent exodus in Queens has muddied the timeline for the Mets. They have to find a way to replace all of those talented pitchers. Verlander might be someone they could get on a short-term contract for a win-now scenario. The Mets are going to have to spend in free agency for a few years until their pitching pipeline gets going, especially with the club’s stated desire to keep their top prospects.

Whether it’s with the Astros, the Mets or another team entirely, it will be fascinating to see what Verlander will author and where now that he finally got that elusive World Series victory.