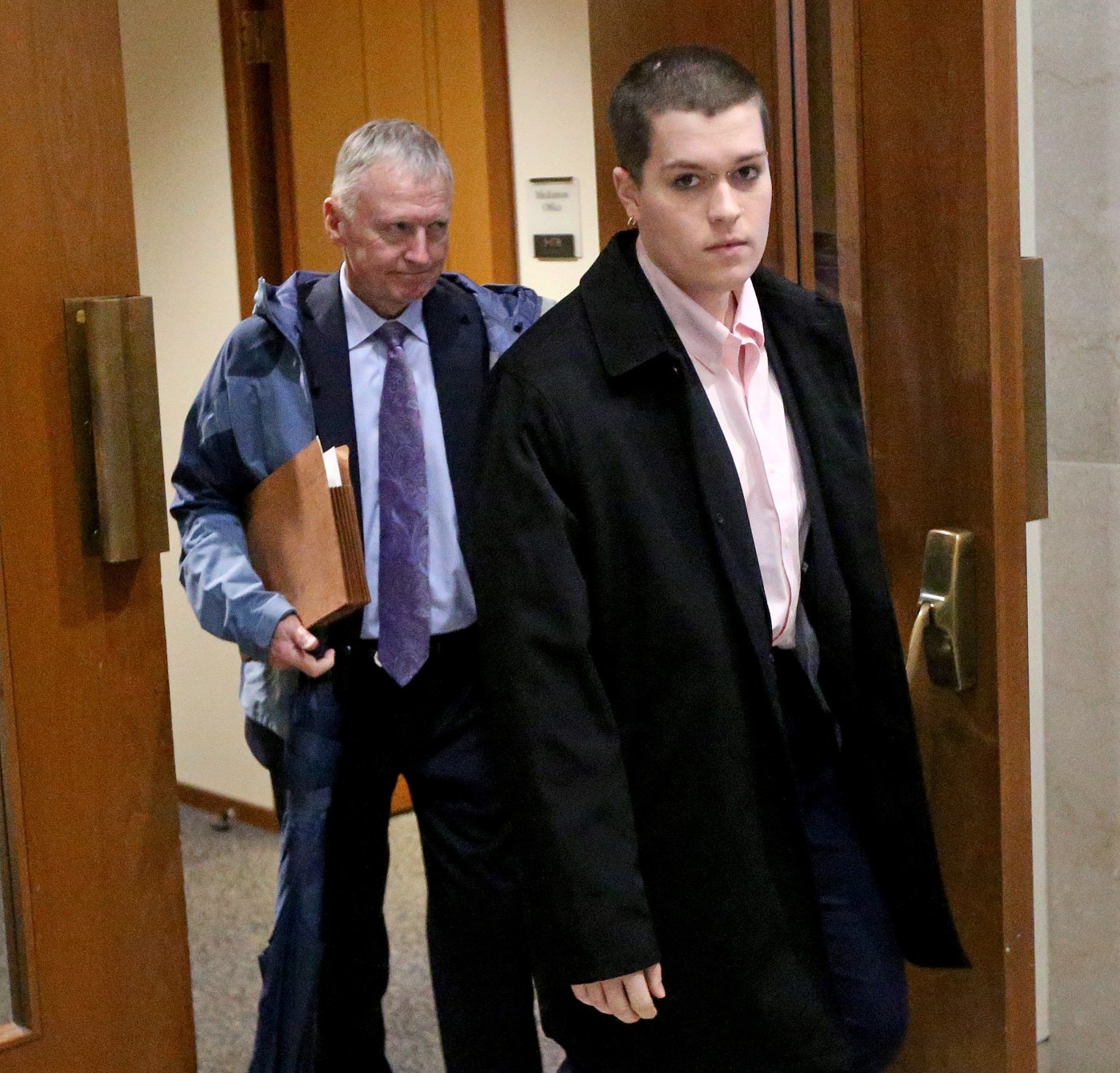 The daughter of state Rep. Katherine Clark pleaded not guilty to charges including assaulting a police officer incurred at a protest against police over the weekend at Boston Municipal Court on Monday morning.

Riley Dowell, 23 — referred to as Jared Dowell in court documents — is facing charges of assaulting a police officer, tagging property, vandalism of a historical marker and resisting arrest.

She was released on $500 bail which was posted previous to Monday’s arraignment.

Dowell was seen spray painting the Parkman Bandstand on Boston Common with messages including “NO COP CITY” and “ACAB” with a group of protestors Saturday night.

A chaotic scene erupted when police tried to arrest Dowell. During the commotion, Dowell “flailed, striking an officer in the face,” prosecutors said at Monday’s arraignment.

Dowell was arrested Saturday with a second protestor, Andrea Colletti, 27, of Brighton. Colletti was also arraigned Monday and pleaded not guilty to charges of tagging property and resisting arrest.

Dowell was ordered to stay away from the Boston Common.

Dowell’s attorneys also asked that some personal information be redacted in light of “extremist online commentary” and “veiled threats.”

Dowell will return for a pre-trial hearing April 19.