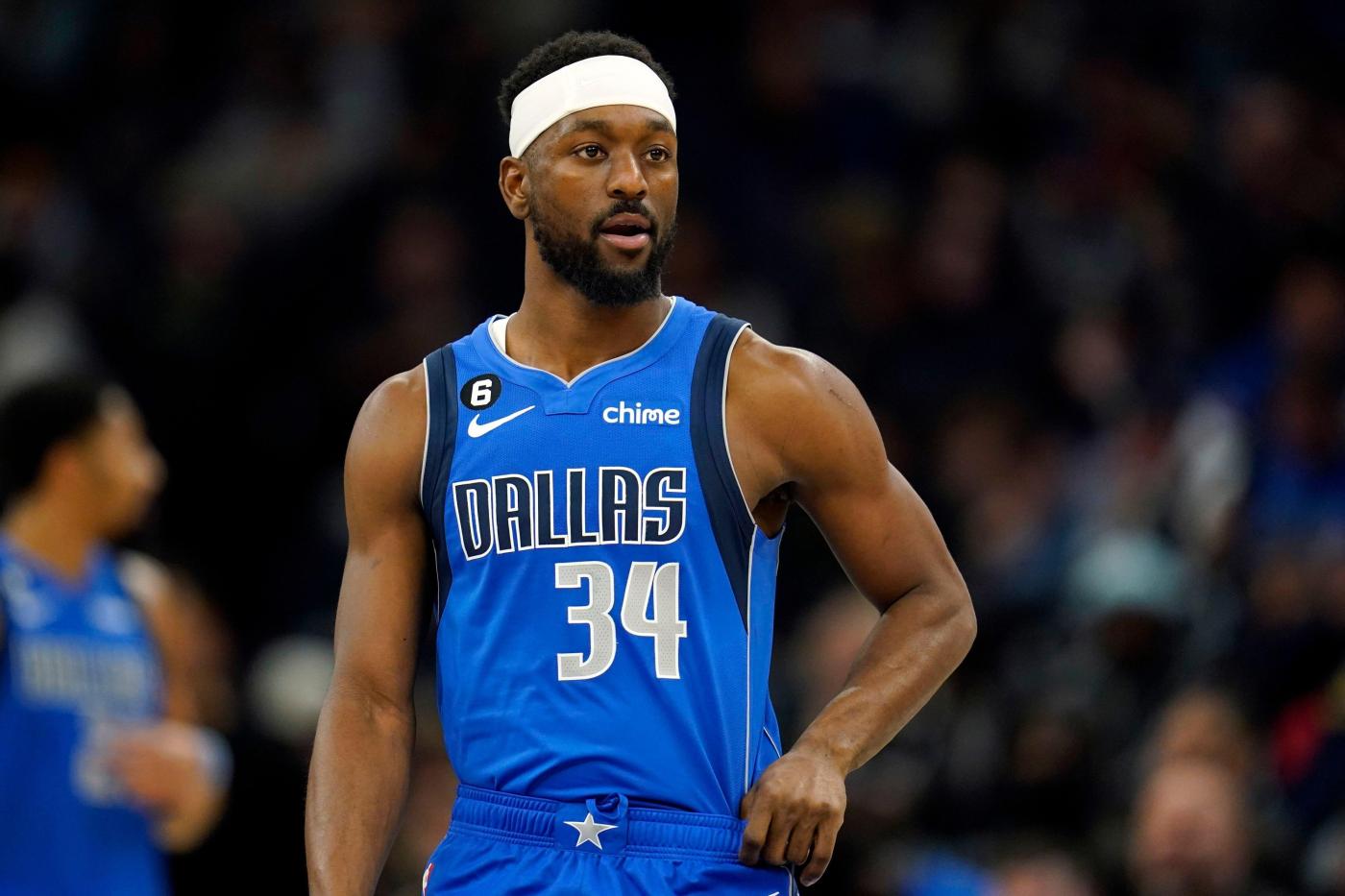 DALLAS – Kemba Walker was greeted at American Airlines Center on Tuesday by thousands of his faces on posters scattered across the seats.

Whether intentional or not, the fan giveaway from Dallas was easy to interpret: this was Walker’s revenge game.

“I thought that was really cool, actually,” Walker said before tipoff against the Knicks.

To be clear, Walker said there’s no bad blood toward the Knicks. The Bronx product realized a dream by playing for his home team, and there were two performances, in particular, that were worthy of celebration — a triple-double on Christmas and his 44-point game two days prior in Washington.

But taken as a whole, Walker’s tenure was a disappointment. And for the first time Tuesday, the four-time All-Star explained why his decision to leave the team mid-season was simple.

“It wasn’t that tough, to be honest,” Walker said. “It was a selfish decision, actually. I was looking out for myself. I wanted to get right. At that time, I wasn’t playing much at all. So it just didn’t make sense [to stay].”

At the time, Walker was out of the rotation for a second time. He was only used by Tom Thibodeau in emergency situations, such as COVID-19 outbreaks. Walker left for Charlotte during the All-Star break and never returned, with the organization citing “mutual decision” to shut him down for the remainder of the season. The ordeal was difficult to reconcile after Walker’s hyped introduction in the offseason — the Knicks gave him a two-year, $16 million guaranteed deal while fully aware of his arthritic knee, they handed him the starting job despite the arthritic knee, then they benched him indefinitely because they didn’t want a part-time player with an arthritic knee.

“I don’t know [if there was a miscommunication]. They knew [about my knee]. Everybody knows, right?” Walker said. “But that’s not on me. If somebody is going to put me out there, I’m going to play. So it happened how it happened. That’s just the way it goes. Control what you can control.”

After nearly a year out of the NBA, the Mavericks, eager for a playmaking point guard after losing Jalen Brunson in free agency, took a flier on the 32-year-old with a minimum deal. Walker flashed greatness with a 32-point effort on Dec. 17 in Cleveland, but sat two straight games before Tuesday’s Knicks clash for knee maintenance.

“Just trying to preserve me. Try to keep me at a good spot,” Walker said. “These guys are taking good care of me.”

And while Walker acknowledged the Knicks game carried “extra juice,” he’s not dwelling on the messy season and breakup.

“That’s the way this league goes. That’s the way basketball goes,” Walker said. “I’ve played a lot of basketball. There’s definitely no hard feelings. No bad blood. Like I said, I’m from New York. I’m always going to root for my team. Ain’t no bad blood at all.”