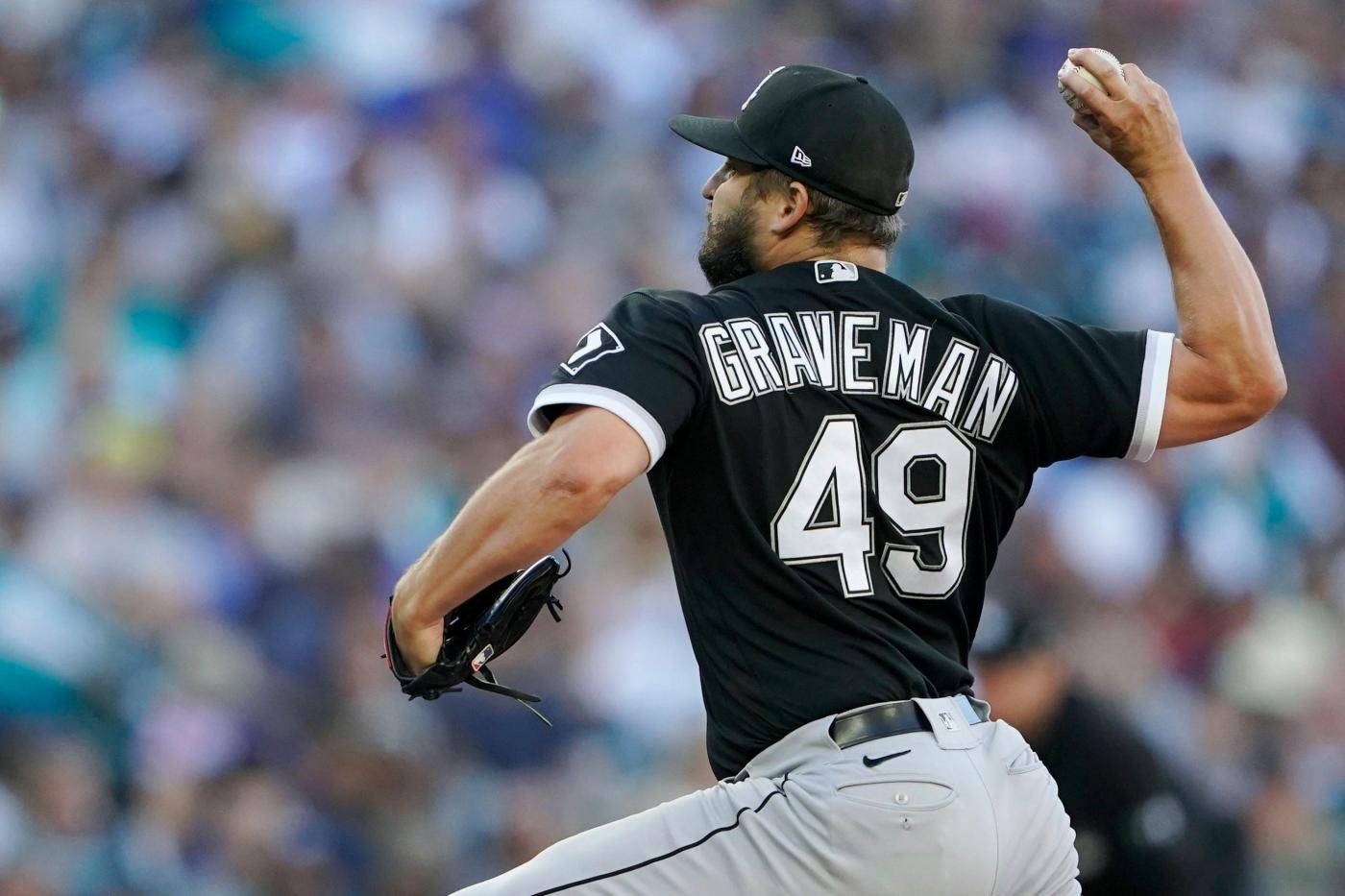 The Chicago White Sox’s scheduled trips to Seattle and Oakland, Calif., this week brought to mind some special moments for Kendall Graveman.

“Some good memories,” Graveman told the Tribune on Monday. “Part of the journey.”

The Sox go to Oakland to begin a four-game series Thursday after wrapping up their three-game series against the Mariners at T-Mobile Field.

“Thankful for the time at both places and thankful both places presented the opportunity to be able to play and experience the big-league level,” Graveman said. “Thankful for this (Sox) organization continuing to believe in a player that grew up in a small town in Alabama and is still playing the game of baseball.

“Definitely special. Reminisce a little (and) see some people I haven’t seen in a while.”

Graveman entered Tuesday with a 2.54 ERA in 56 relief appearances during his first season with the Sox. A valuable member of the bullpen, Graveman, 31, is third in the American League with 23 holds. He has six saves, 57 strikeouts and 22 walks in 56⅔ innings.

The right-hander made his major-league debut in 2014, pitching just five relief outings with the Blue Jays before being traded to the A’s that offseason in a deal that sent Josh Donaldson to Toronto.

“Those were some big learning curves for me when I was in Oakland,” Graveman said. “Taking that step and having to expedite it, time in the minor leagues and then the big leagues and then Oakland allowing me to fail really bad sometimes and succeed sometimes.

“And the growth process. That’s one thing I’ll remember from that place. Four years of learning and really learned how to pitch at the big-league level.”

Graveman underwent Tommy John surgery in late July 2018. He signed with the Cubs that offseason but spent all of 2019 recovering.

He signed with the Mariners that November and went 5-3 with a 2.61 ERA and 10 saves in 41 appearances (two starts) before being traded to the Houston Astros close to the 2021 deadline.

Graveman made two starts in the pandemic-shortened 2020 season before going on the injured list with neck spasms. His final nine appearances after returning were in relief.

“As a COVID season, it was strange, the first season (with the Mariners),” Graveman said. “Obviously with the path that my career went (from) starting to relieving, I truly believe — and front office could probably speak more to this — but I believe I was about to go on a 60-day IL and be done for that season. But thankfully they allowed me to try to be a reliever.”

Graveman excelled as a reliever last season, posting an 0.82 ERA with 10 saves in 30 appearances with the Mariners before being dealt to the Astros.

Graveman faced one of the other players included in that trade during Monday’s series opener, striking out Abraham Toro to begin the eighth inning. Graveman was the first reliever used after seven strong innings by Lance Lynn, and he allowed one hit in a scoreless inning to help the Sox to a 3-2 victory.

“The second year (with the Mariners), the trade deadline, I walked right into this (visiting) clubhouse,” Graveman said. “That was an experience and memory that’s kind of ingrained in coming to this place. But that team over there (the Mariners), they were good to me. I’ll remember the good times.”

Graveman’s memories of Seattle and Oakland extend beyond the times on the mound.

“I hope I always leave a place better than I found it,” Graveman said. “Hopefully that’s the impression that was left. And hopefully that will be the same story written here (with the Sox). Try to succeed on the field, but you’re never promised success. The one thing you can do is try to show up and be the same person every day and lead by example and lead individually among pitchers and also caring and loving for the people I’m around.

“That’s the biggest thing, building those relationships and community of people you’re around, people that don’t get noticed in the world of baseball as far as the fans see, such as clubbies and kitchen staff and the people that do all the work that makes this thing happen. Maybe that’s the most I want to be remembered for in any of those places.”