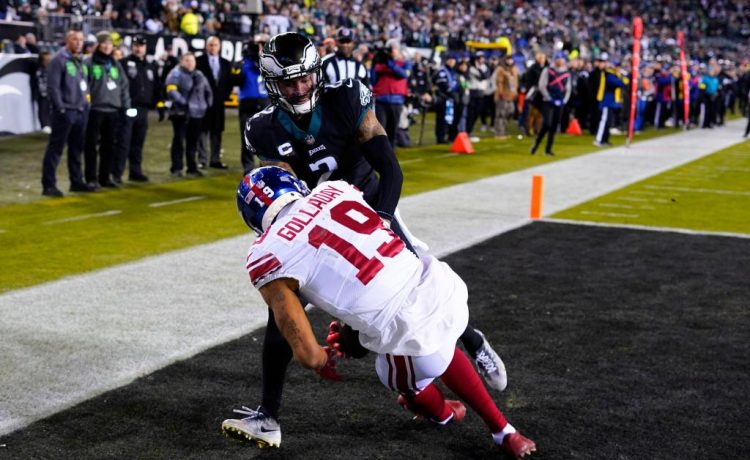 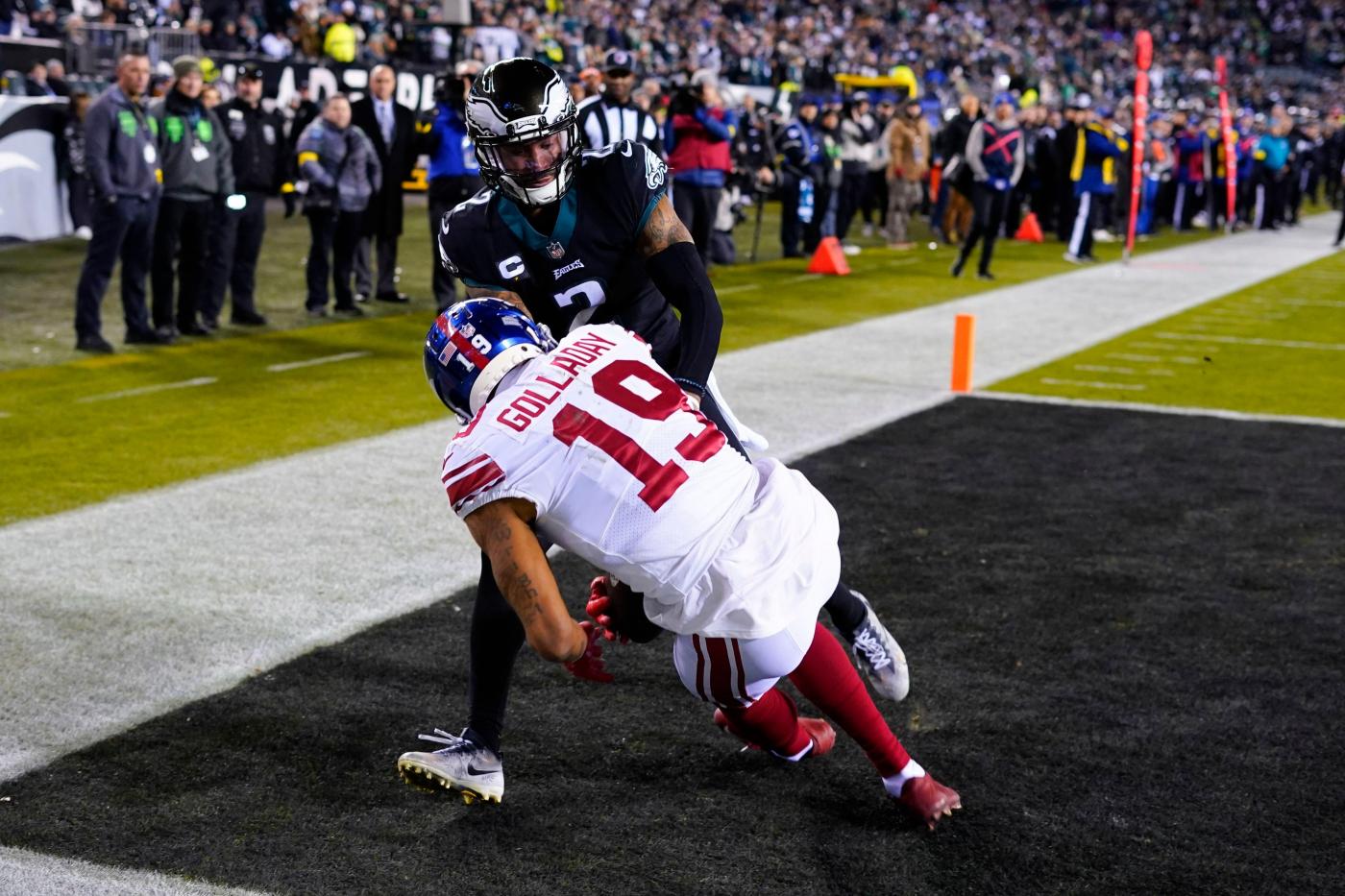 PHILADELPHIA — Maybe Kenny Golladay is going right back to the bench in the playoffs.

Or maybe Sunday night’s 25-yard touchdown catch over Eagles corner Darius Slay — Golladay’s first-ever TD as a Giant — could ignite another situational option for Daniel Jones’ offense in the postseason.

Golladay, 29, admitted it felt great to finally score his first Giants TD in his 26th game — and likely last regular season game — with the franchise. He is well aware he hasn’t lived up to the four-year, $72 million contract with $40 million guaranteed he signed in 2020.

It was extra special to him because he caught Davis Webb’s first NFL TD pass.

“Webb just gave me a shot,” Golladay said. “Definitely appreciate it. Long time coming. It felt good. Especially to make a play for Webb. I think it was his first start. It felt good for him to get a touchdown.”

Webb said in the moment, Golladya’s celebration said it all.

“I kind of blacked out to be honest,” Webb said. “In the end zone I remember Kenny was so fired up and he deserved it. He’s come to work every single day and continues to get better.”

It says something that Golladay, who led the NFL with 11 TD catches in 2019, is a proud pro who stayed ready for Sunday’s moment and who didn’t complain that he played all 62 offensive snaps with mostly backups.

He had played only 10 total offensive snaps the past three weeks with no targets.

“It is what it is,” he said. “I understand the circumstances. But at the end of the day it’s my job to go out there and play.”

Not to say Golladay is going to suddenly start stealing snaps from Isaiah Hodgins, who rested Sunday, one of the first-stringers alongside Darius Slayton and Richie James.

But making a play like Sunday’s could earn Golladay the opportunity to make another one if the time comes, perhaps as soon as next weekend in Minnesota.

It’s clear his teammates respect him, at least, despite his disappointing couple years with the team. Golladay and Barkley were two of the players who picked up the tab for the team’s playoff clinching party last weekend.

He was certainly part of a feisty Giants team that gave the Eagles an unexpected fight on Sunday.

“That shows a lot about this team,” Golladay said. “They played their starters for the entire game and that just shows what type of fight we have on this team, what type of players. It was good to be a part of. Even though we didn’t come out with the win, that’s still very promising. We got people that are ready when their number is called.”

Second-year tight end Lawrence Cager, 25, entered Sunday’s game with seven career catches for 84 yards. He had played in only one of the Giants’ last five games.

But he made a team-high eight catches for 69 yards on Sunday night, seemingly always open and commanding 10 targets from Webb. Afterwards, he credited GM Joe Schoen, head coach Brian Daboll and tight ends coach Andy Bischoff for believing in him.

The athletic Georgia product gave the Giants’ front office a great look at a developmental player who might be able to help them in the future, not just now. That’s part of the value of a Week 18 game like this: to evaluate prospects.

Left guard Wyatt Davis, who played in the second half, is another example of someone the team was eyeing in game action with a long-term view.

Cager said he stayed ready despite a reduced recent role because “you’ve got to be ready whenever your number’s called. You gotta stay ready. I prepare like I’m playing every week. That’s part of being a football player and a professional athlete in general.”