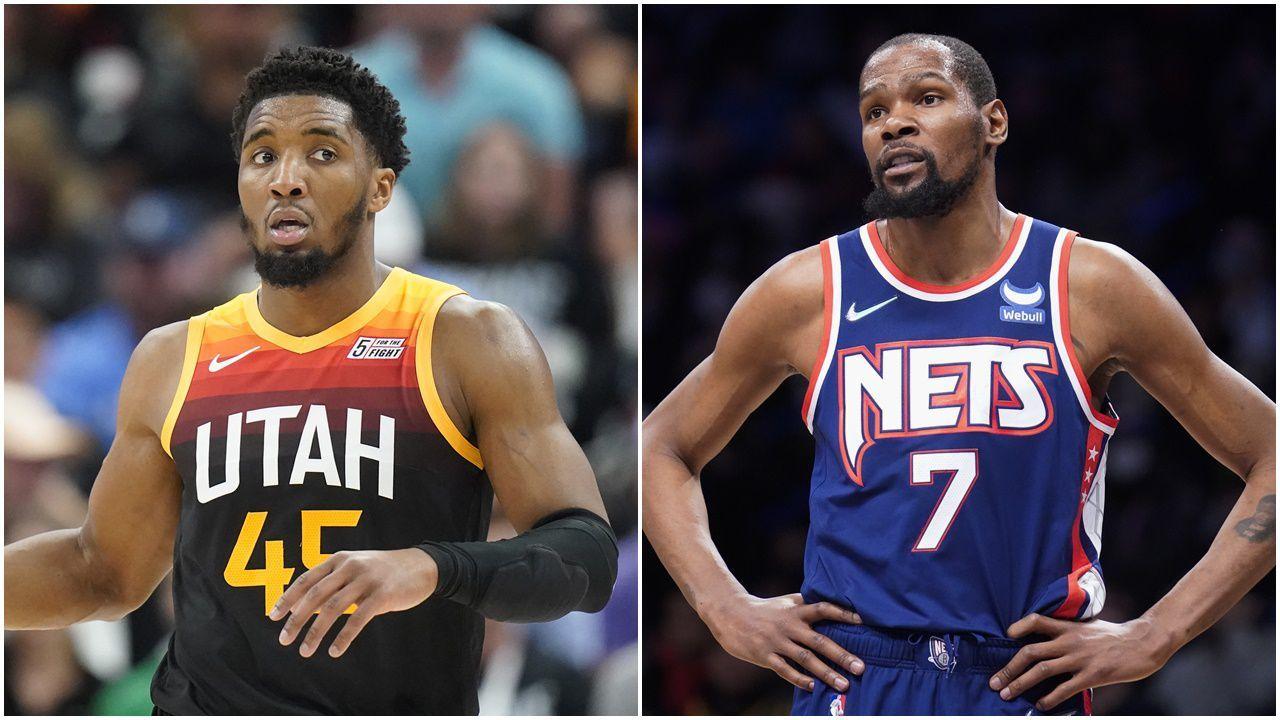 You start the exercise with the factuality that this is an invitation-only process.

When it comes to Kevin Durant, Donovan Mitchell and the possibility of either being dealt, the Brooklyn Nets and Utah Jazz, respectively, control the market.

And yet, the buzz at NBA summer league in recent days has been as much about the Miami Heat as the Las Vegas heat (true story, security guard Thursday at the Thomas & Mack Center, “It looks like it’s going down to 104 tomorrow.”)

To a degree, Pat Riley again is looming over the basketball world, seemingly poised to pounce if the Nets make Durant available or the Jazz make Mitchell available at fair-market value.

And it well could come down to whether Brooklyn or Utah blink first.

In one swoop, a tepid Heat summer could match the swelter of Vegas, with plenty of elements that would have to come into play to make either option a possibility.

A look at the dual desirables from a Heat perspective:

Durant: Under contract for $44 million for the coming season. Under salary-cap rules, a team would have to send out at least $33 million in 2022-23 salaries, up to a maximum of $55 million in salaries (salaries must match for teams operating above the salary cap within 75 to 125 percent).

Durant: Has four seasons remaining on his contract, next to become a free agent in the 2026 offseason.

Mitchell: Has four seasons remaining on his contract, with the fourth season a player option. Can become a free agent in the 2025 or 26 offseasons.

Durant: A Heat trade package likely would have to include either Bam Adebayo or Jimmy Butler (Kyle Lowry at age 36 would seem far less likely), with Adebayo eligible to land in Brooklyn only if Ben Simmons is moved by the Nets. The Heat likely would have to send out an overwhelming package of draft picks and draft-pick swaps, currently limited to dealing only two of their own future first-round picks.

Mitchell: A Heat trade package likely would center on Tyler Herro, Duncan Robinson and must include at least one additional player to make salaries match. A significant package of draft picks also would be required.

Durant: Getting beyond the obvious that Durant instantly makes any team closer to a title contender, the Heat stand with a far greater need for a player who can take minutes at power forward. Any shooting lost with those sent out would immediately be replaced by Durant.

Mitchell: The talent upgrade would be undeniable, but in adding an undersized wing, the Heat still would find themselves at a power deficit. Such a deal would make the Heat better, but not necessarily whole.

Durant: Adebayo is a factor here, including at least one highly influential member of the Heat who is reluctant to sign off. Even then, Adebayo and Simmons cannot both be on the Nets roster due to the rule that prohibits a team from having two players who have been acquired in a trade on maximum designated rookie-scale extension. Still, doubt Riley at your own risk after the acquisitions of Shaquille O’Neal, LeBron James and Butler.

Mitchell: The buzz is that the New York Knicks are all-in for a trade for Mitchell. So it could come down to whether a Knicks offer with RJ Barrett would trump a Heat offer built around Herro. The Knicks have access to a far more significant package of draft picks than the Heat currently have at their disposal.