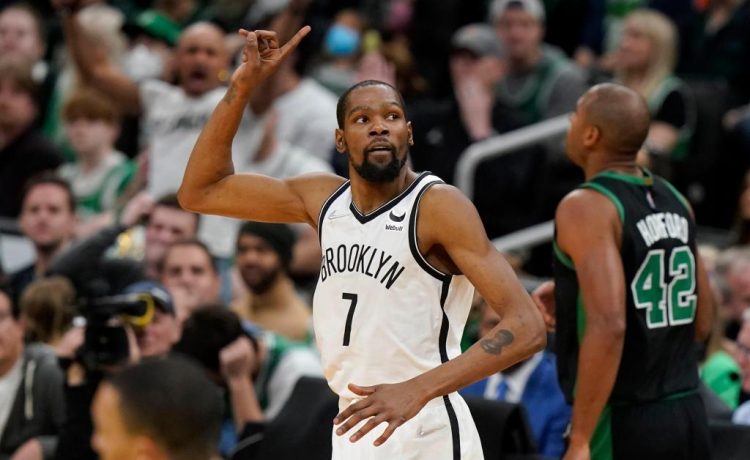 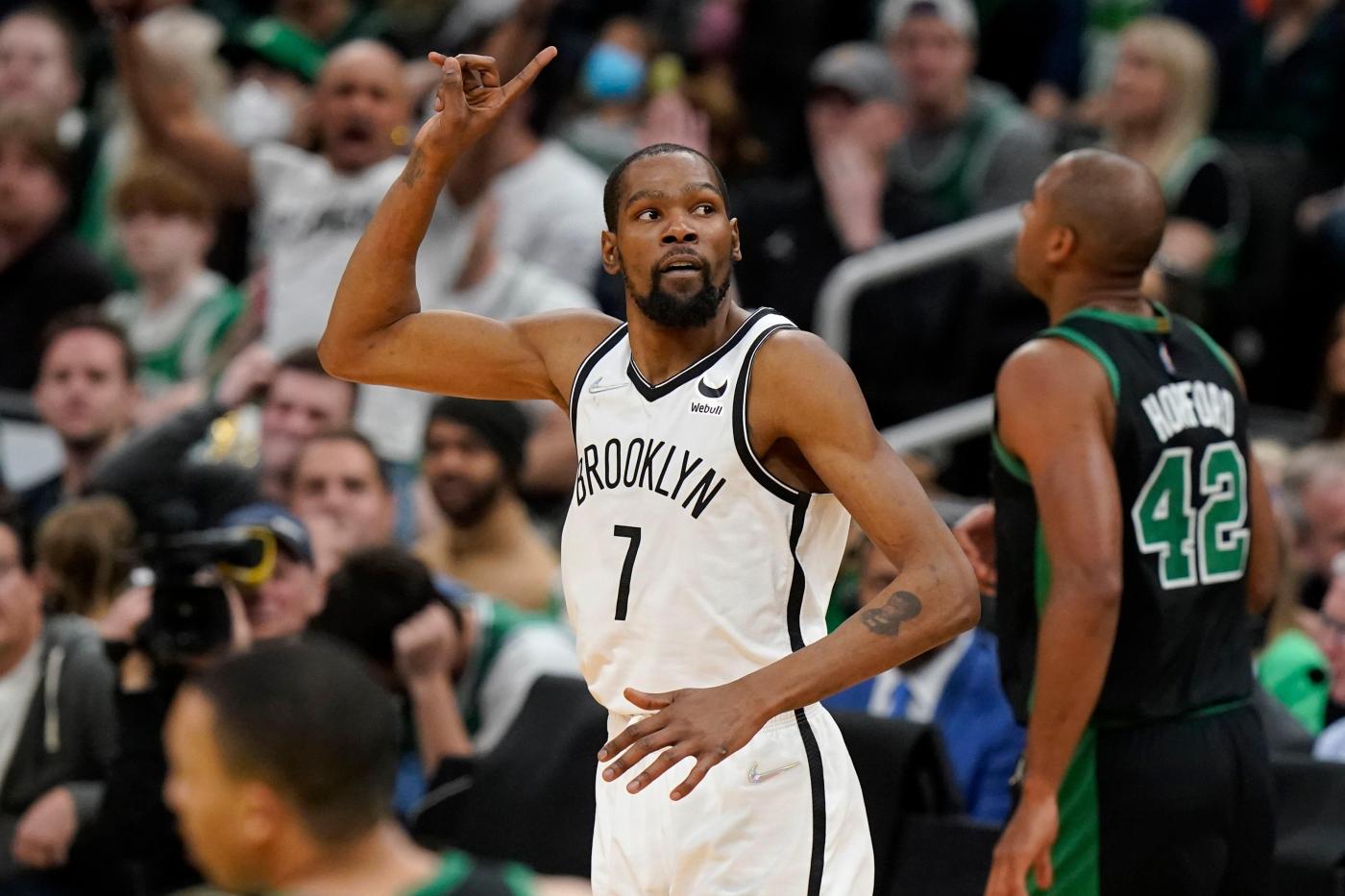 Suddenly, the dust settled and the drama came to an end, and the Nets returned to their post as championship contenders — if not favorites.

The Nets announced in a joint statement with Kevin Durant’s media company Boardroom that the superstar forward and his agent, Rich Kleiman, sat down and came to an agreement with Nets owner Joe Tsai, general manager Sean Marks and head coach Steve Nash in Los Angeles on Monday.

“We have agreed to move forward with our partnership,” Marks wrote in a statement. “We are focusing on basketball with one collective goal in mind: build a lasting franchise to bring a championship to Brooklyn.”

In other words, Durant remains a Net, and the Nets remain a legitimate threat to win an NBA championship.

That possibility — a championship in Brooklyn — hung in jeopardy as Durant twice requested a trade in the aftermath of Kyrie Irving’s contract negotiations, discussions that led to Irving opting into the final year of his contract worth $36.5 million this upcoming season as opposed to inking a new long-term contract that gives him security in Brooklyn. Durant officially requested a trade on June 30, then met with Tsai in London two weeks ago and told the Nets governor to either trade him or fire both Marks and Nash.

Tsai immediately tweeted support for his front office and coaching staff, creating an impasse. The Nets also remained unwilling to accept pennies on the dollar for any Durant deal, and Durant — at least at the time — remained steadfast in his desire to leave Brooklyn.

The best offers from the Celtics, Pelicans, Suns and Raptors never included the respective team’s best player, and the Nets never wavered on their stance of wanting an All-Star, multiple role players and draft compensation in exchange for a top-five player.

And now we’re here: Those interested parties had a finite amount of time to improve their offers. The Pelicans never wanted to include Brandon Ingram in a deal for Durant; the Celtics reportedly offered Jaylen Brown but refused to include Marcus Smart or Robert Williams; the Heat could not include Bam Adebayo because he and Ben Simmons are both signed to the same rookie max extension and the CBA prevents teams from trading for two players who have signed such a deal; and the Suns never made Devin Booker available and couldn’t trade Deandre Ayton after he signed an offer sheet with the Indiana Pacers.

It all worked in the Nets’ favor, because the best-case scenario for both Brooklyn and Durant was a reunion at Barclays Center.

Two seasons ago, the Nets knocked on the door of a championship, only to have that door slammed shut in a second-round loss to the Milwaukee Bucks after Irving’s ankle injury and James Harden’s hurt hamstring. Still, Durant hit one of the biggest shots in franchise history –— a turnaround buzzer-beater that would have sent Milwaukee home in Game 7 had Durant’s foot not touched the 3-point line.

Last season, the Nets never stood a chance: COVID-19 battered their roster, Joe Harris suffered a season-ending injury in November, Irving never got vaccinated and didn’t play a game until January, Harden got frustrated and requested a trade, and Ben Simmons arrived in the Harden deal and never played a game because of lingering back issues.

Now, the Nets run it back. Simmons has reportedly finally advanced to three-on-three work and is on schedule to be fully healthy for training camp after undergoing a back procedure this offseason. Irving is on a one-year deal and must be motivated to prove he deserves the full five-year worth an excess of $250 million. And Durant still reigns supreme as one of basketball’s best players, even if he struggled to impose his will against the league’s best defense in Boston during last season’s first-round sweep.

Durant returns to a roster that has been improved, but still needs work. Marks traded a first-round pick and a trade exception to the Utah Jazz for vaunted three-and-D wing Royce O’Neale. He also signed well-known scorer TJ Warren to a minimum deal, though a nagging foot injury has kept Warren off the floor for each of the past two seasons. The Nets also added athletic guard Edmond Sumner, who is also coming off a leg injury.

Marks also re-signed both Patty Mills and Nic Claxton to new two-year deals. The Nets also have their mid-level exception available to sign free agents. With Durant reaffirming his desire to stay in Brooklyn, the free agent market just opened back up for business.

And so did Las Vegas, because the Nets are now back as legitimate championship contenders and Durant’s presence on the roster gives them a chance to win any game, any night.

The questions have been answered. The drama has come to an end. As training camp looms in late September, the Nets can now focus on basketball, on making these pieces fit, and on winning games because as talented as this team has been for each of the past two seasons, they only have one playoff series victory to show.