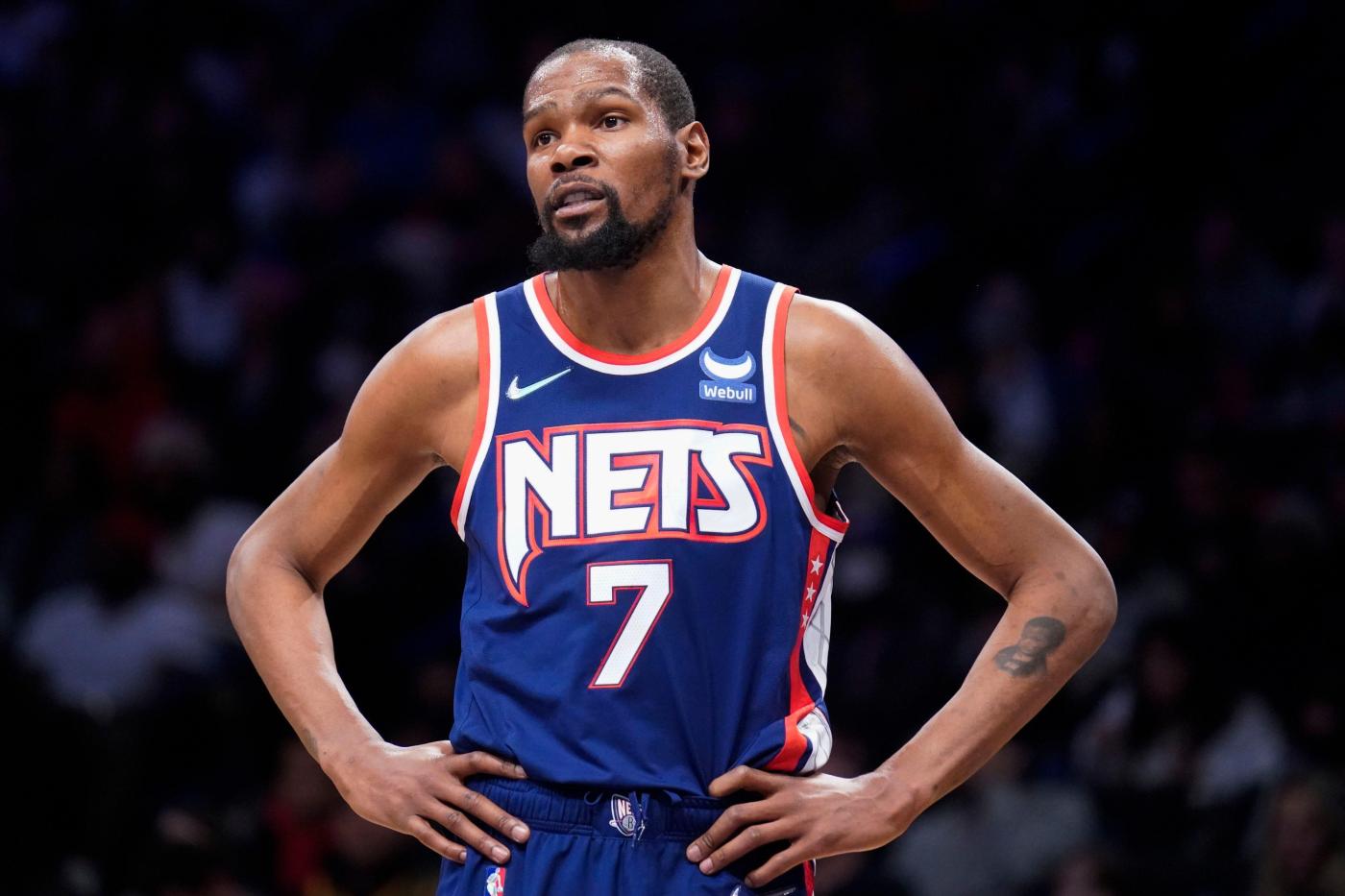 The Brooklyn Nets have gone from being the NBA’s signature attraction on Christmas Day to a team known for endless speculation, controversy and dysfunction.

The latest plot twists are courtesy of Kevin Durant who wants to be traded unless owner Joe Tsai tells GM Sean Marks and coach Steve Nash to hit the bricks. While this story has provided sizzle to the NBA offseason, it’s bad for business.

No one likes uncertainty. And that’s what Durant, one of the NBA’s marquee attractions, has served up. Now, even Durant, or Tsai, cannot provide guidance to the league’s national TV partners (Turner Sports, ESPN) on when, or how many times, they should schedule the Nets next season.

Yankees Entertainment & Sports Network (TV home of the Nets) suits cannot tell advertisers if Durant, who signed a four-year, $198 million contract extension in 2021, will be in Brooklyn to start the season. Without Durant, the value of the Nets to YES, and what it can charge advertisers to purchase commercials, takes a hit. Without Durant, the arrow also points down when it comes to selling Nets season ticket subscriptions and corporate sponsorships.

It’s like slowly pulling a band-aid off a wound. Pain is coming. You just don’t know when. If Durant were traded quickly, which is not likely to happen, the Nets could move on and have time to start selling a “new” team that still might feature Kyrie Irving and maybe even Ben Simmons. Value, both in ratings projections and advertising sales, would come into clearer focus.

Yet, if the situation remains the same, everything pertaining to Nets business must be prefaced: With or without Kevin?

Like last week on ESPN’s “NBA Today” (it must have attracted more August eyeballs than usual from those tuning in to follow the Durant story) when the panel was going over projected NBA win totals, and they got to the Nets, one panelist wondered: “With or without Durant?”

While this game of chicken is bad for Nets, and league, business, it tickles the fancy of anyone subscribing to the notion the NBA product is more entertaining off the court. For those who like a spotlight on reality, the current Nets/Durant drama is better than any fictionalized, scripted version of an NBA team.

If Durant is still with the Nets in training camp, and Nash/Marks are still employed by the team, imagine the tension surrounding all involved? On ESPN’s “NBA Today,” front office “insider” Bobby Marks said Durant could relieve some of the pressure by addressing the team, telling them that as long as he is in Brooklyn, he will be giving his all, playing to win.

That might temporarily cool things down, but it won’t kill the story. It will be discussed on a daily basis and be a part of any Nets national or local telecasts. The day-to-day anxiety will continue; reaffirming the notion the NBA is a player’s league. Will the Durant situation, especially if it drags on, become a tipping point?

The current NBA TV contract with ESPN and Turner Sports, worth $24 billion, expires after the 2024-25 season. It has been speculated the NBA is looking for $75 billion in its next deal.

Can the owners expect that kind of dough from their TV partners when they can’t even guarantee superstars, under contract, will be a part of their team’s roster?

What is Derek Jeter going to do with the rest of his life?

Jeter has been able to remain in the spotlight since he retired from the game. Whether it be his four bumpy years as Marlins CEO, his Hall of Fame induction, ESPN documentary, or the national commercials he has appeared in, Jeter maintained a high profile.

Now he may be fading. Could his appearance on the KayRod soiree be a trial balloon, a TV screen test, so to speak?

Jeter’s history suggests the role of baseball TV analyst is not something he desires. Yet, his history also suggested that agreeing to be the subject of a multi-layered documentary was never part of his plan. When faced with a blank canvas, Jeter might again paint a surprising move.

While the Mets have officially entered gaga territory, Keith Hernandez is still finding new ways to “entertain” those watching on SNY.

During Game No. 1 of last Saturday’s doubleheader with Atlanta, Hernandez informed the unwashed masses the heavy lifting (aka sitting down and analyzing a game) would require a between games “nap.” While self-centered, we found his sleepy analysis enlightening.

It also prepared us for what was to come. Hernandez explained how his minions had scouted out the luxury suites at Citi Field and found one ”with a couch” to take his between games nap. Incredible stuff. Especially when the Mets were engaged in a crucial series with the Braves.

The nap? It must have worked out. Hernandez made it to Game 2.

And he was there last Sunday too, when SNY drew 555,000 viewers to watch Braves-Mets. It was the second most viewed Mets game in SNY history. Of course, they all tuned in for the analytical stylings of Hernandez. That Jacob deGrom was making his pitching return to CitiField for the first time in 13 months was small potatoes, right?

The Christopher (Mad Dog) Russo backlash effect on ESPN’s “First Take” was alive and well last week. After throwing the likes of JJ Redick off his game in previous episodes, Doggie got Ryan Clark to blow his cool last Monday. Russo delivered the ridiculous notion Rams receiver Cooper Kupp has already done enough in his career to be a Hall of Famer (Russo would later admit he was wrong on his SXM radio show). On “First Take,” Clark fired back. Russo — loudly — defended himself. Clark took offense saying: “Mad Dog, you’re going to stop screaming at me bro…lower your voice.” Did Clark really think Doggie earned his reputation by being a serial whisperer? … With David Diehl leaving the area for a coaching gig at the University of Memphis, Kimberly Jones will take his spot on WFAN’s Sunday morning football show joining Marc Malusis. Jones, most recently an NFL Network reporter, and Malusis, the Ch. 11 sports anchor, have worked together before, which should make for a smooth transition. … FAN’s Brandon Tierney has faith the Jets will be able to put together an efficient O-Line despite the loss of Mekhi Becton. Tierney said unlike other Jets fans, he’s not flustered. “I’m not like some candy wrapper floating around in the wind,” he said. Interesting line. We think.

DUDE OF THE WEEK: LINDA COHN

For surviving and thriving at ESPN for 30 years. And Cohn did it without relying on a gimmick, or a trademark catch-phrase, or any manufactured look-at-me stunts. Amazing!

The social media, and VOS, piling on when the Jets 2021 first-round pick suffered another serious injury was beyond anything sane or acceptable. It was so ridiculous, and heartless, that coach Robert Saleh felt compelled to stand up for his young tackle during a press conference.

What Aaron Boone said: “We’ve got to get it going offensively.”

What Aaron Boone meant to say: “When we’re not hitting home runs, we stink offensively.”