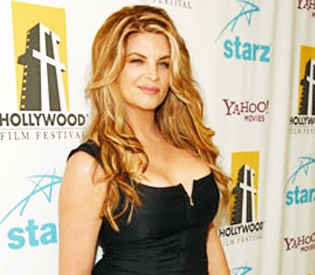 By ANDREW DALTON and ALICIA RANCILIO

LOS ANGELES (AP) — Kirstie Alley, who won an Emmy for her role on “Cheers” and starred in films including “Look Who’s Talking,” died Monday. She was 71.

Alley died of cancer that was only recently discovered, her children True and Lillie Parker said in a post on Twitter. Alley’s manager Donovan Daughtry confirmed the death in an email to The Associated Press.

“As iconic as she was on screen, she was an even more amazing mother and grandmother,” her children’s statement said.

She starred opposite Ted Danson as Rebecca Howe on “Cheers,” the beloved NBC sitcom about a Boston bar, from 1987 to 1993. She joined the show at the height of its popularity after the departure of original star Shelley Long.

“Kirstie was one of the most special relationships I’ve ever had,” Travolta said, along with a photo of Alley. “I love you Kirstie. I know we will see each other again.”

She would play a fictionalized version of herself in the 2005 Showtime series “Fat Actress,” a show that drew comedy from her public and media treatment over her weight gain and loss.

And in recent years she appeared on several reality shows, including “Dancing With the Stars.”

A native of Wichita, Kansas, Alley attended Kansas State University before dropping out and moving to Los Angeles.

Her first television appearances were as a game show contestant, on “The Match Game” in 1979 and Password” in 1980.