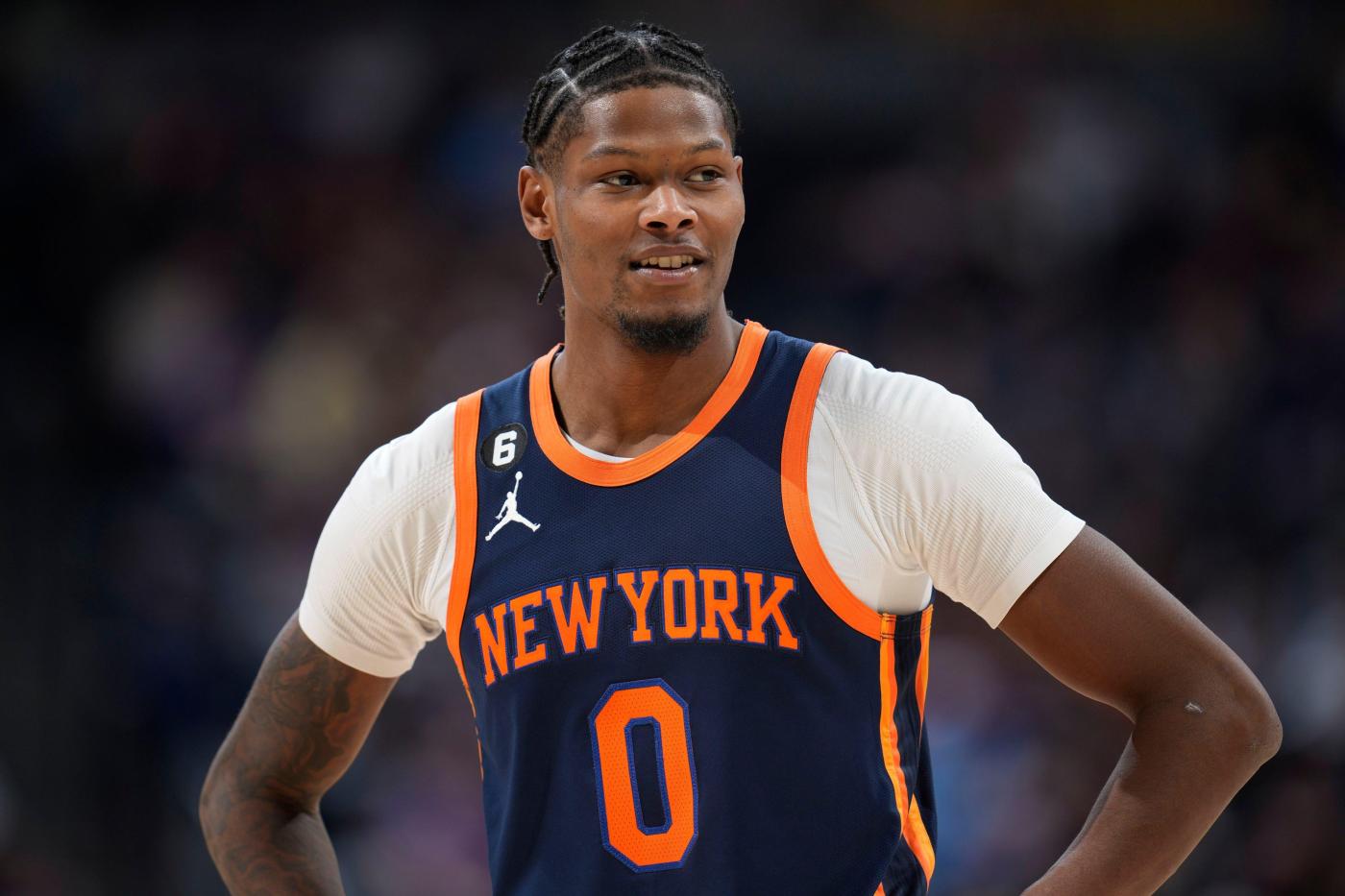 Less than a year after acquiring Cam Reddish for a first-round pick, the Knicks still don’t have a role for the young wing and are working with his representatives on a trade, a source told the Daily News.

Reddish was pulled from the rotation this week, logging his first healthy DNP of the season in a victory over the Cavs. He started eight games this season and showed flashes of the blue-chip potential that made him the 10th pick in 2019 while averaging 8.4 points in 22 minutes.

The Knicks declined to make Reddish available to the media for three straight days, including Wednesday morning ahead of a game against his former team, the Hawks.

The Knicks acquired Reddish from the Hawks in January of last season, but he’s mostly been on the bench and is now firmly behind Quentin Grimes in the rotation.

”It’s not just on Cam, it’s on our team,” Thibodeau said. “What gives our team the best chance? And so I’d say those are coaching decisions; to decide to go from a 10-man rotation to nine because you feel like it [gives] the team the best chance to succeed. That’s why you do it. You always have to put the team first. So there’s a lot of sacrifices that need to be made by a team. But we’re always going to put what we feel is best for the team first.”

According to the Athletic’s Fred Katz, the Knicks are willing to attach Reddish to a trade to unload the contract of Evan Fournier, who is also out of the rotation.

The Knicks and Reddish did not agree to an extension before the October deadline, meaning the 23-year-old will become a free agent in the summer.

“We wanted to get a look at it. And there’s still time,” Thibodeau said. “That’s all part of the league. You always look at all the possibilities of how you think you can improve your team. And you can’t be afraid to take chances. There were some real good things that he’s done, so that’s the way we approach it.”