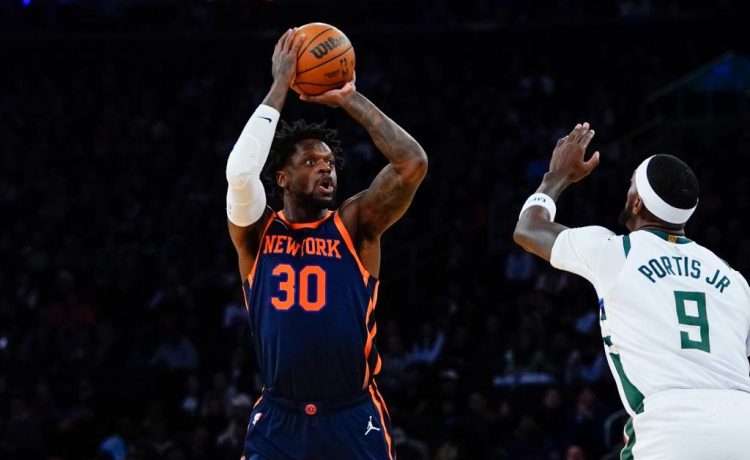 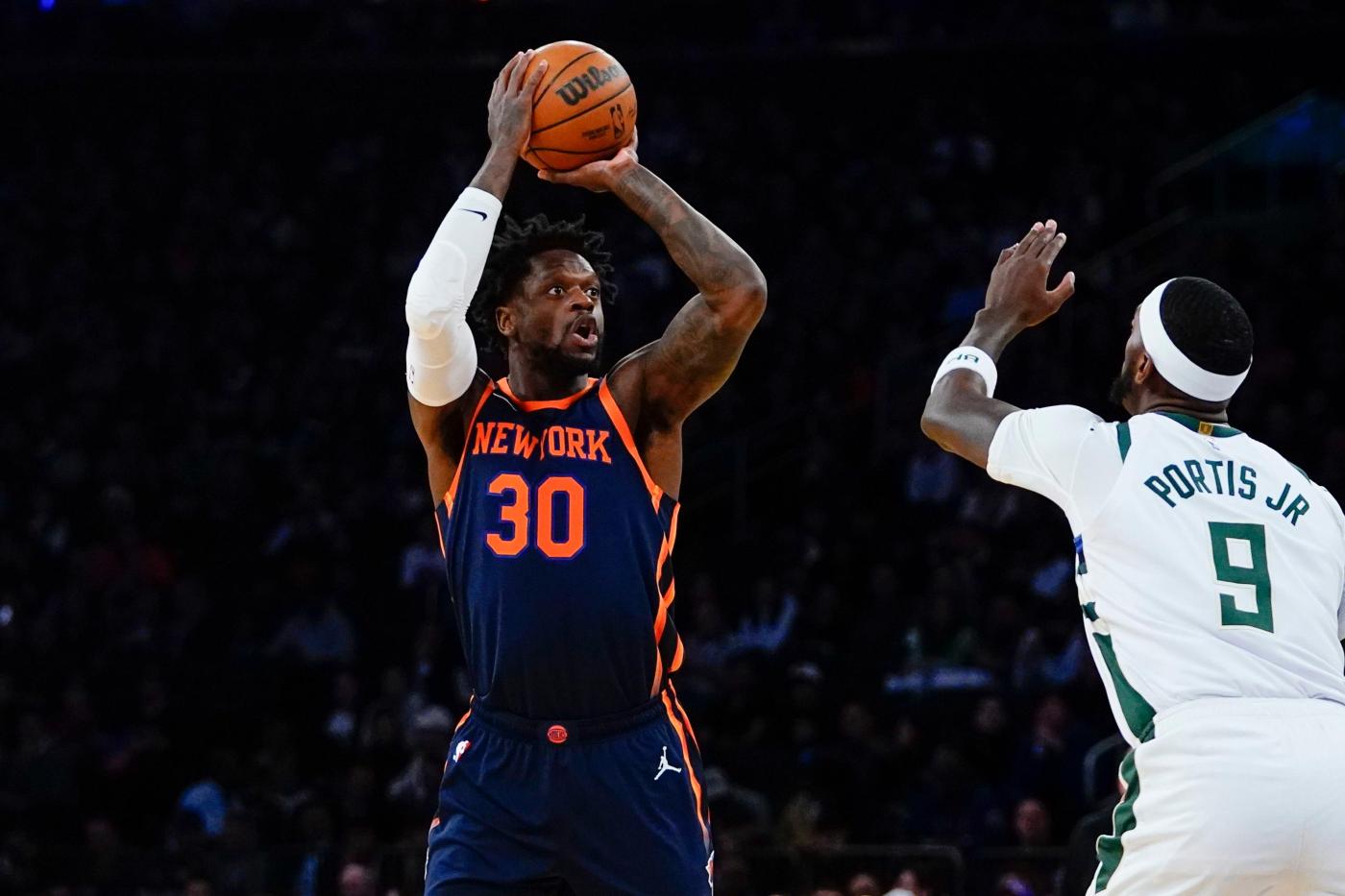 The Knicks built a 17-point lead that came crashing down in their 111-107 loss to the Milwaukee Bucks on Monday. They had won four in a row and 11 of their last 16 before the Bucks stopped at Madison Square Garden.

The comeback was inevitable — because while the Knicks were able to use their size to keep Giannis Antetokounmpo from running rampant, they frequently surrendered open corner three attempts from capable Milwaukee shooters.

In the first half, and through much of the third quarter, those open shots did not fall. But when it was winning time, the Bucks couldn’t miss.

Antetokounmpo finished with 22 points and 10 rebounds but shot just 6-of-15 from the field. The combined length and physicality of Julius Randle and Mitchell Robinson posed issues for the Bucks star, who shot 9-of-12 from the line and would have finished with more than five assists if his teammates hit shots in the first half.

Instead, they waited until the second half to catch fire, pouncing once the Knicks dropped their guard. Bucks reserve forward Joe Ingles hit a game-high five threes. Jrue Holiday, Pat Connaughton and Brook Lopez each hit three treys, and Grayson Allen hit two.

The Bucks shot 19-of-49 from downtown on largely open looks that were created as a byproduct of the Knicks defense. The game plan was very clearly to take away the paint and live with the Bucks hitting three-point shots.

And it backfired, because the Knicks continued to give up corner threes all game. It didn’t help matters much that Randle couldn’t buy a bucket.

Randle scored 25 points but took 29 field goals and only made nine. He missed his first eight three point attempts and finished 1-of-12 from downtown.

The Bucks were able to climb back into the game due to some confusing rotations from head coach Tom Thibodeau, who left a lineup of Quickley, Obi Toppin, Robinson, Miles McBride and Evan Fournier on the floor for extended crunch time minutes. The Knicks led, 70-53, at the five-minute mark of the third quarter and led by just five entering the fourth quarter before the Bucks seized control midway through the final period.

Now the Knicks go back to the drawing board after blowing a lead that would have sent them on another five-game winning streak. They host the Indiana Pacers on Wednesday.