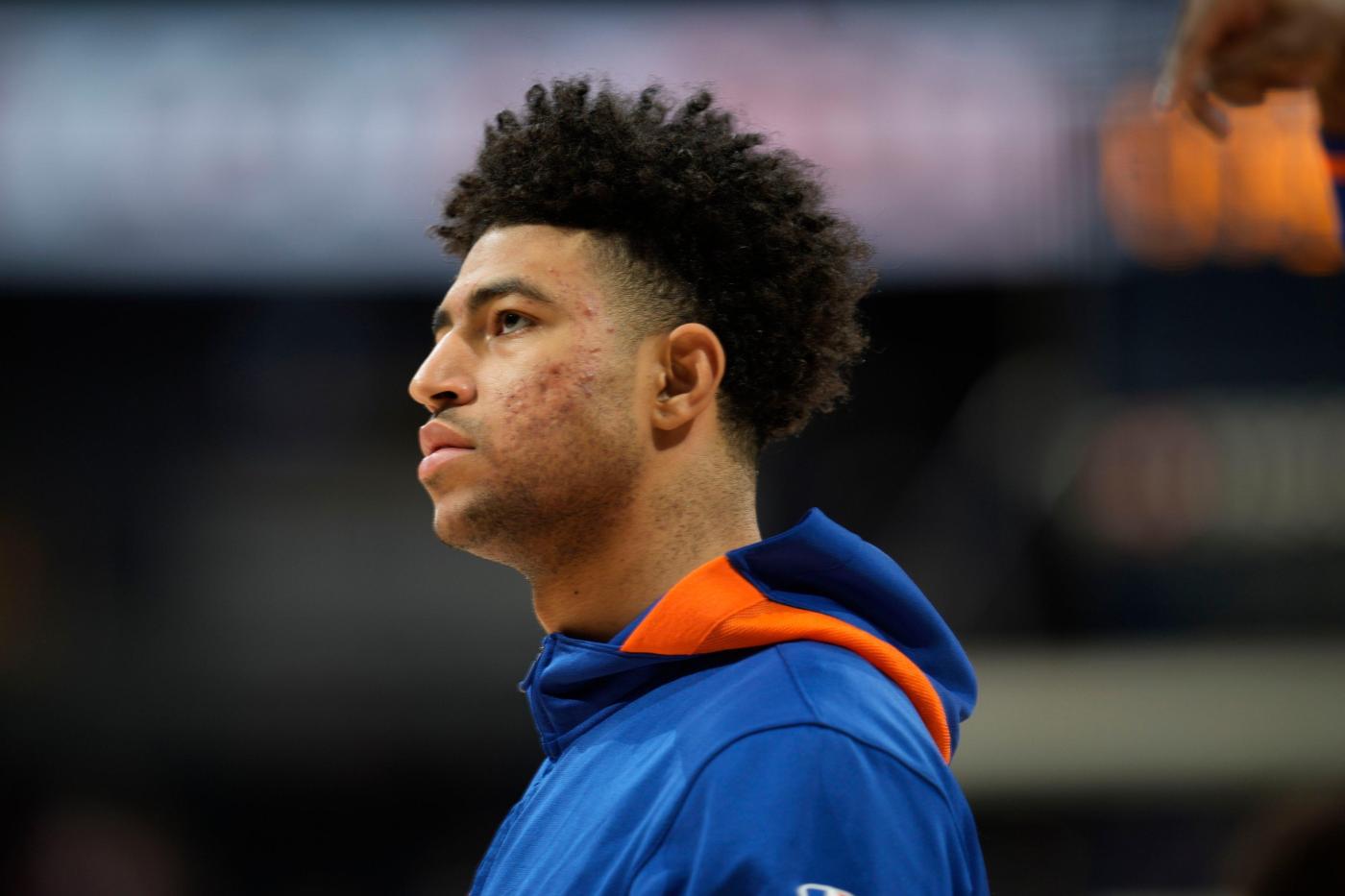 The unsung hero is back.

Quentin Grimes, the Knicks top perimeter defender, returned from a one-game absence because of an ankle sprain, starting at shooting guard Friday against the Bulls.

Grimes was injured Tuesday and missed Wednesday’s contest against the Raptors, which, not coincidentally, became a defeat that snapped the Knicks’ eight-game winning streak.

Without Grimes, the Knicks allowed 113 points — including 52 to Pascal Siakam — while losing for just the second time in December.

“The thing is, obviously he’s an elite defender,” coach Tom Thibodeau said. “He’s a terrific 3-point shooter. But that’s part of the season. You’re gonna have guys that miss games or foul trouble, whatever it might be. Next guy, get in there.”

Heading into Friday, the Knicks were 7-2 when Grimes logged at least 30 minutes. He’s neither flashy nor forceful on offense but Grimes’ 3-and-D skills fit well with the starting lineup.

“He competes. I noticed that last year when he got minutes,” Julius Randle said. “He doesn’t try to get out of character and do something he’s not comfortable doing offensively but I know defensively, he’s going to compete on the ball, he’s going to fight over screens, try to make it tough for the other guy and accept the challenge. You got to love a guy like that.”

The Knicks missed that kind of impact last season after the departure of Reggie Bullock in free agency. Bullock, who started on the Knicks during the 2020-21 run to the playoffs, was replaced last season by Evan Fournier, who doesn’t provide the same defensive aptitude on the perimeter.

Before Grimes went to the lineup, RJ Barrett was assigned to guard the opposition’s top perimeter threat and he struggled. With Grimes, Barrett can focus more on offense and that’s been evident in his production.

“You see it. [Grimes] is out there guarding the best ball handler every night. So, he comes with energy, making it tough on the other team,” Barrett said. “Offensively, he’s shooting the ball really well, and he’s getting to the paint, so he’s doing a lot out there for us.”

Is he the new Bullock, who left for the Mavericks in free agency?

“Yeah, for sure,” Barrett said. “A great defender and really good shooter, so he’s really doing a lot for us, like I said, and we need him and we appreciate it.”

Still, Grimes has had an issue with durability. He missed eight of the opening 10 games this season with a foot injury. Last season, Grimes sat 14 of the final 20 games after partially dislocating his kneecap.

But as long as he’s out there, Grimes helps the Knicks.