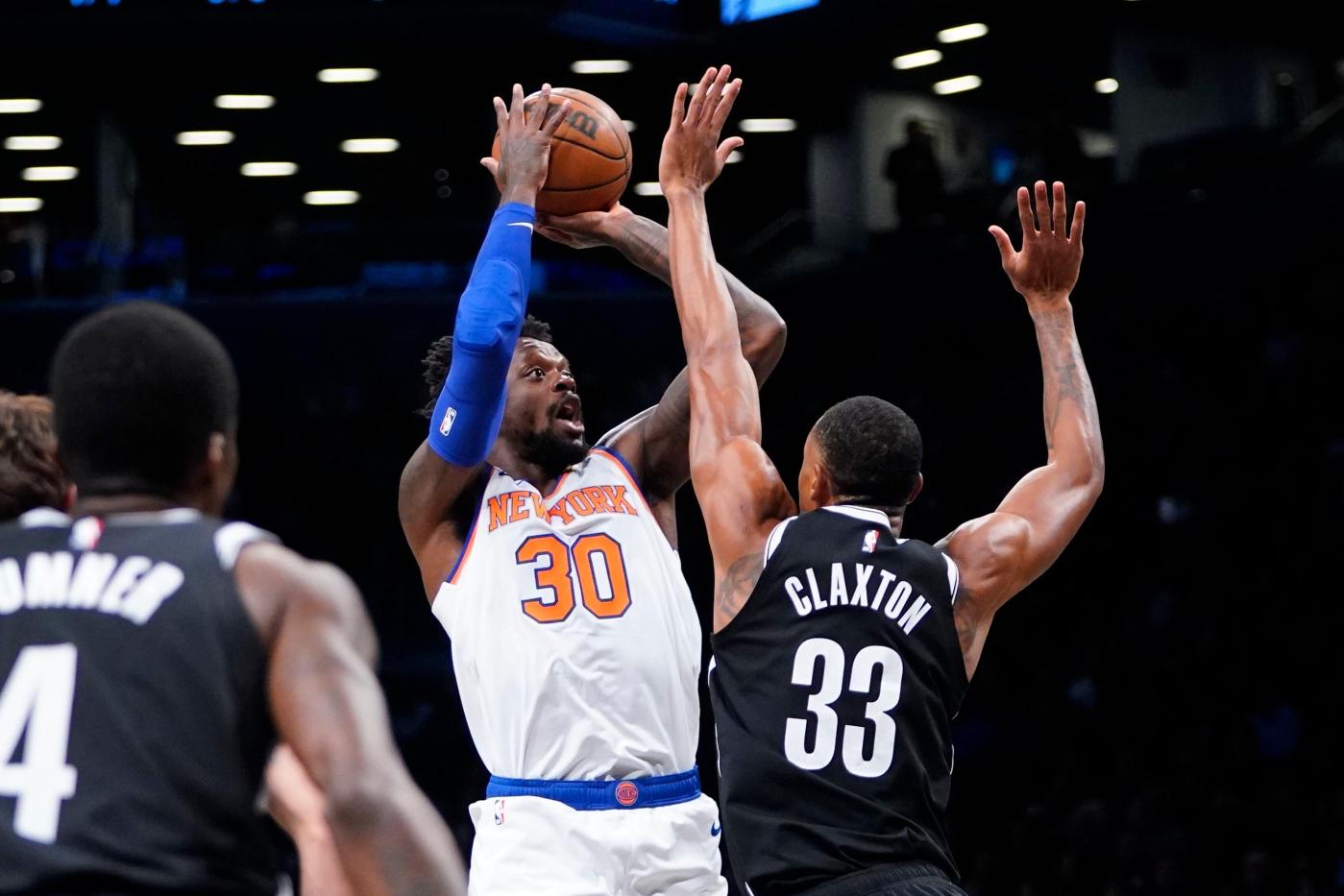 The Knicks can claim the title for least dysfunctional team in New York. Not the best.

If Wednesday night were any indication, they’re still below the Nets, who’ve been rejuvenated since Steve Nash’s removal and Kyrie Irving’s suspension.

Of course, the big reason for the gap remains Kevin Durant, the greatest talent to ever play in the NBA for NYC (Dr. J would be No. 1 but only played in the ABA for the New York Nets, and that was technically on Long Island). The Knicks were no match in Barclays Center on Wednesday night, conceding to outer borough very early in the 112-85 wire-to-wire defeat.

The Knicks (5-6) folded by halftime, when the deficit reached 25 points. It was never close in the second half. The Nets led by double digits for the final 42 minutes.

Julius Randle’s stat line looked well enough (24 points, 11 rebounds) but he was lax on defense and outplayed by Durant, who notched his first triple-double of the season with 29 points, 12 rebounds and 12 assists..

The Nets have now won eight straight against the Knicks, a stretch that started with Durant’s first game against the rival in a Brooklyn uniform. On second thought, we can’t call it a rivalry.

Despite their encouraging play in the last week or so, the aura of uneasiness and potential combustion hovers over the Nets (5-7). Almost all of that is related to Irving.

On Wednesday night, for instance, as the Nets were introducing Jacque Vaughn as their permanent head coach, a group of Black Hebrew Israelites were outside Barclays Center protesting Irving’s suspension while distributing anti-Semitic pamphlets.

Irving wasn’t around Wednesday and GM Sean Marks acknowledged he hasn’t spoken directly to his point guard about the suspension.

The Knicks don’t have that type of drama but they can’t be confused for title contenders. Wednesday night was a reminder.

Brooklyn’s knockdown blow connected in the first quarter, when the Knicks allowed 38 points and trailed by 16. It was a steady ride to a blowout from there.

The Knicks’ starters were dominated again, with Randle, Jalen Brunson and RJ Barrett all finishing with +/- of -22 or worse. The Knicks shot just 32% and their 85 points represented a season-low.

“We have our challenges,” Tom Thibodeau said. “We know how hard this league is. Gotta work every day. You focus on your own team, and that’s what we’ve tried to do. Each day is a challenge. Concentrate on the improvement, put the work in that’s necessary to prepare for each opponent, go out and play your best.”