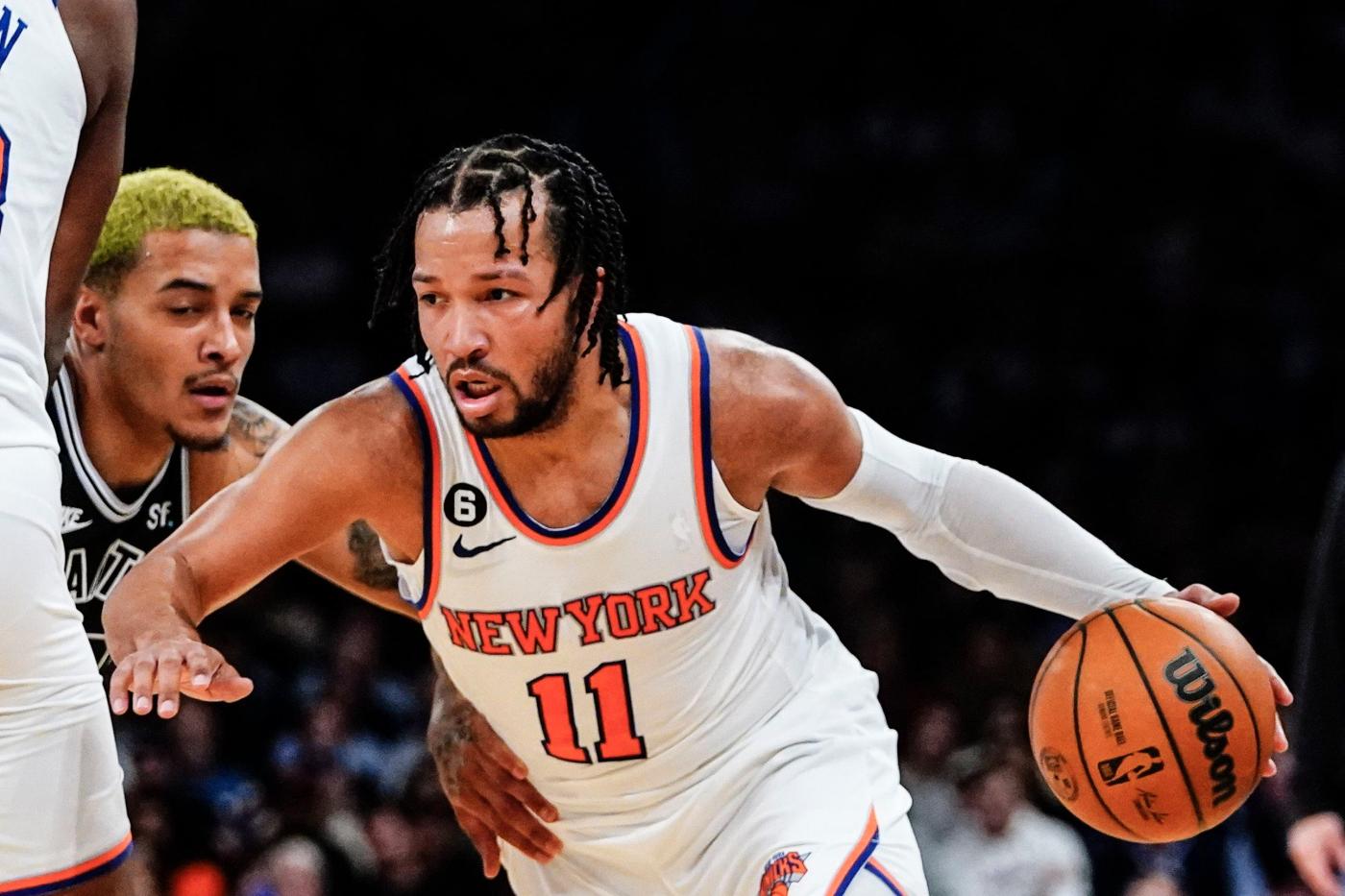 Turns out, Gregg Popovich had good reason to worry about Jalen Brunson.

The legendary Spurs coach relayed his concerns about the Knicks point guard’s prowess before Wednesday’s game, then watched helplessly as Brunson torched Popovich’s Spurs with a career-high 38 points.

Brunson’s special performance included a pair of clutch jumpers in the final two minutes, as the Knicks pulled away for their third straight victory, 117-114.

“He’s a heck of a player,” Popovich said. “He was always a nemesis in Dallas, and now he is in New York. He’s got it all, he’s got the skill, he’s got the toughness, he’s got the basketball IQ to go with it. He’s just a hell of a competitor.”

The young and rebuilding Spurs (12-26) flubbed their final two possessions — both with opportunities to tie — with a five-second violation off an inbounds, and then a shot-clock violation at the final buzzer. So the Knicks (21-18) escaped with a revenge win at MSG, less than a week after they fell to the Spurs in San Antonio.

Brunson was injured for that first matchup, and Popovich wanted his players aware of his impact.

“I want them to recognize Brunson will be on the floor tonight. He wasn’t there last time,” Popovich said. “He’s a monster. He’s got a such a toughness about him. High basketball IQ, hard to guard. He really really tests your discipline, gets you jumping off your feet. For a little guy, he has great pivot that he uses oftentimes in the paint, that sort of thing. But he’s also unselfish. So concentrating on him is pretty important.”

The message wasn’t effective. Brunson scored 13 points in the first quarter as the Knicks took a quick 13-point lead. The Spurs rebounded in the second quarter — mostly with Brunson on the bench to rest — but still trailed at halftime to the Knicks, 62-55.

Brunson’s final tally of 38 was four points higher than his previous regular-season best. He shot 17-for-27 with six assists.

“Whatever it takes to win,” Brunson said. “I could have 38 or I could have three points. If we win that’s all I really care about. That’s my goal, my mindset and it’s the mindset of this team that we’ve got to keep it going. It does feel good with a win. Just whatever it takes.”

Popovich was also worried about Julius Randle, who struggled with his shot on 9-of-26 from the field but still collected 13 rebounds and four blocks — including an impressive chasedown rejection of Josh Richardson in the first quarter.

“Just playing hard,” Randle said. “I was garbage [Wednesday night] so I had to do something.”

The Knicks carried a fully healthy roster but with caveats: Obi Toppin and Derrick Rose, who returned from injuries, weren’t expected to play because they’re still recovering. Both picked up DNPs.

The rebuilding Spurs were led by Keldon Johnson’s 26 points. However, Johnson couldn’t crack Quentin Grimes’ defense on the final possession and failed to get off a potential tying shot before the buzzer. Before that — with a two-point deficit and 5.7 seconds left — Spurs rookie Jeremy Sochan failed to get his inbounds pass out and committed the five-second violation.